Bundle Stars and PCGamer have come together to offer the Free Steam Bundle over the course of the last few weeks. I actually only found out about it last week, when Really Big Sky was the game on offer.

Unfortunately, each week there’s only a limited amount of keys, so I missed out on the first two week’s games. Last week’s game is also gone at this point. But the new game, Gun Monkeys, is a blast! There are still free keys to be had, so get yours now!

Gun Monkeys is a procedurally generated one-on-one platforming deathmatch-with-objectives game. A mouthful, I know. The procedural generation is right up my alley, and the graphics style is pretty awesome (it’s very similar to the style used in Really Big Sky). Its cartoony mayhem makes me chuckle. I’d consider this game a MOBA to a degree, having some meta game elements, along with the glorious randomized battles. The objective is to lower your opponent’s power level to 0 while maintaining your power at a level above that. Cubes of power fall from the sky that you can collect and fight over. Returning those cubes to your base gives you more power to sustain through the battle, while simultaneously zapping some of your opponent’s power. After dying, respawns cost your a small amount of power. It really comes down to quick reflexes and being crafty with your weapons and abilities. At the end of each round you’re given the remaining power on your base as earnings, which can be used to buy perks. Those add more power to items that you might find in the game, along with other benefits. Rounds don’t last too long, but the matchmaking system is a bit archaic. You actually have to challenge who you want to play, rather than using matchmaking. That means there’s no ELO/MMR either. Still, the game is a lot of fun. I just don’t know what kind of population it will have outside of this spike from the bundle. Probably a good idea to get into it now rather than later. I recorded a match so you can see the game in action, from my perspective.

Really Big Sky has also been a fun diversion. Here’s some shots so you can see what it looks like: 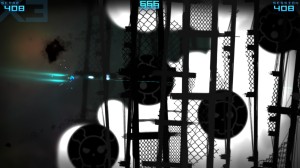 That’s all for now. Just sharing the wealth. Happy Gaming!