Zombies Monsters Robots, otherwise know as ZMR, released on Steam the other day. I hadn’t noticed initially, but saw it on the storefront yesterday, and thought I’d give it a whirl. After spending the night with it, I can honestly say it’s the best shooter I’ve played in years. After having tried out much of the game and getting in touch with its various systems, I offer you, dear reader, 5 reasons why you should play ZMR:

Yes, ZMR is completely free to play, and no game mode is restricted by a pay wall. There is a cash shop, but I’ll save that evaluation for later. Just know that you can download the client, and after a short registration you can get right into the gun-toting action.

Most people would be worried at this point, as a lobby-based multiplayer shooter is likely to only contain PvP. This is not the case with ZMR. It’s got PvE, and lots of it. As a bonus, it’s not a campaign setting, it’s actually a series of different game modes where you cooperatively kill baddies, in the form of — you guessed it — Zombies, Monsters, and Robots. They just added in an update that also includes Dinosaurs. Not just any Dinos though, we’re talking Dinos with rocket launchers and shit. It’s crazy.

Never fear though, if the AI isn’t enough for you, and you prefer the challenge of testing your wits against other players, there’s the traditional PvP modes we’ve all grown to love. Team Deathmatch, King of the Hill and more. There’s also a rather awesome Mercs vs. Monsters (MvM) mode that allows you to play as many of the big bad ass creatures you’ll fight against in PvE. I preferred the Monsters in this mode, but there is a “halftime” of sorts where you get to switch sides and see both sides of the coin. Monsters have a bunch of zombies and big mutant guys, while the mercs start human with guns but at later levels you’ll see big dudes and robots. It’s a crazy game mode but it’s a lot of fun. 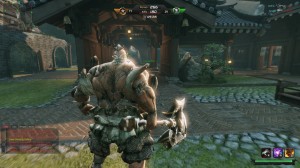 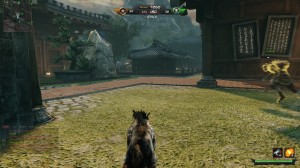 4. It mixes everything from every lobby shooter you know and love

This game really covers all the bases, as I’ve played many a shooter over the years, and it does a good job of integrating ideas from different well-known titles. The third person perspective is reminiscent of Resident Evil, Uncharted, or Gears of War. There actually were some of the makers of GoW involved in its production, so fans of that series will feel right at home. The rolling around, cover system and gunplay are all very familiar. It doesn’t have the jumping and climbing of Uncharted, but as a long time player of that series, it still feels just fine. There’s a level progression and inventory meta game that are straight from Call of Duty and other military shooters. The clothing is mostly aesthetic, but there are some extra gains for gold/experience on some of them. There are mods to add to your weapons, and useable items as well. It does a good job of keeping everything concise.

The assault missions are more objective based and linear, but have some awesome boss battles.

My favorite co-op mode is called Kill Everything, and is basically a straight copy of Zombies from Call of Duty. It has the wave after wave of enemies, repairing barriers, traps that cost points, and even the mystery box. It just sucks because there’s a limit to the rounds. Perhaps there is an option to make it endless like in CoD. 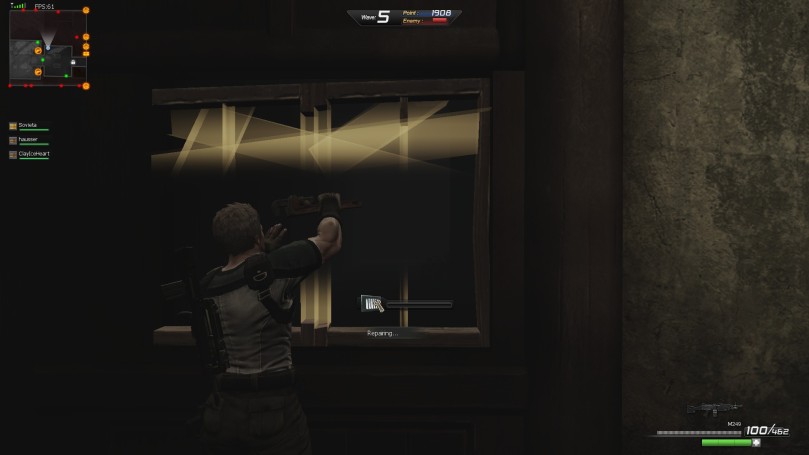 There are multiple currencies which seems to be the case with most cash shops these days. You earn Gold and Rep during matches and by completing missions (which usually equate to just finishing a map in PvE or getting a certain amount of kills on a particular PvP map). These can be used to buy items, gear, and weapons. EMP is the RMT here, and it’s rather steep. $10 will get you 1000 points, which is basically good for one item. There are also lockboxes that drop from missions and those need keys that you can only buy with EMP, but I believe you can get 3 keys for that $10. Considering I got 5 boxes at once, this is also not a good deal. There are also some slot unlocks that you need for items and those are EMP only. This may be rectified in the future, but I don’t see where you need any of this to get ahead. A mini game that comes in the form of a shooting gallery can sometimes net some pretty good stuff, so basically you can grind your way through the game. In my experience thus far, I haven’t seen people with super awesome weapons or gear that I couldn’t earn myself. So besides the couple of things I’d like to have EMP for, it’s not a game-breaking thing.

I definitely recommend this game to anyone who enjoys shooters. It’s a lot of fun. If you catch me on Steam let’s get a game going. I’ll leave you with a couple of brag worthy score boards: