Here’s the links to the other parts in this series: Part One, Part Two, Part Three.

This is going to be the final post. In the first three, I went over the initial reveal of the Goblins vs. Gnomes cards that were revealed at Blizzcon last month. The cards represented in this post are those that were revealed since then. We’ve got a few more class-specific cards, along with a few more neutrals. I’m not going to split these up, so this post might be a little on the long side, but I’m committed to getting this done. For further information, follow this post over on PCGamer for further additions if they are to pop up. I have a feeling a little will be left to mystery for the actual release happening this month. So let’s get to it, shall we?

That’s a hell of a heal! A 3/3 for 5 mana isn’t that great, but restoring 8 health is on par with the Druid, and this being a neutral card means those classes without inherent heals can keep up. Nice. 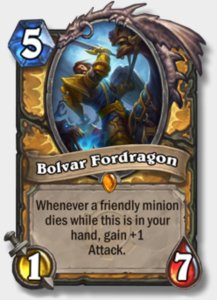 This is an interesting mechanic, apparently this guy gains strength while your other minions die. Good for the Paladin class since their disposable minions are readily cast. However, this also means you have to hold onto this guy til he gains some strength. Not bad if you can get a few deaths before turn 5, or hold onto him for the killing blows late game. This does mean you need him in your hand early though, which could put you at a disadvantage. 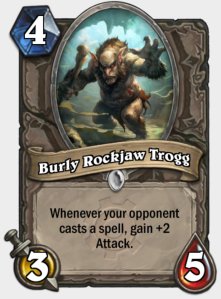 Nice counter for spell heavy decks (like Mage/Priest/Shaman). A 3/5 for 4 mana isn’t bad either.

I like this, as with flare and track the hunter has some viable card draw options again. I’ll forever miss starving buzzard + call the hounds but it is what it is. 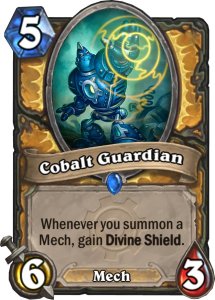 A rechargeable divine shield? Nice! Sucks that the health on this guy is so low, and that it’s a Paladin card. Still, a good addition to a pally-mech deck. 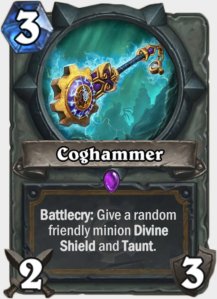 As if Shamans don’t already have enough direct damage spells. The random factor can be screwy, but up to 6 damage for 2 mana? I don’t care about the overload this is OP. 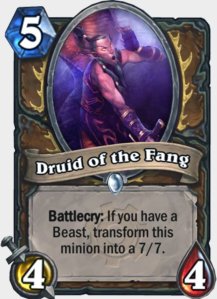 Well that’s just ridiculous. 7/7 for 5 provided you have a beast out. Not hard to do. 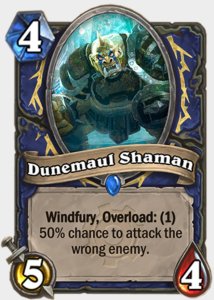 This one seems a little backwards. 50% chance to attack something besides what you want? Not that great. Unless that means you can side step something with taunt. Then that would be kind of good.

This is a little unclear. Do you get to keep all of  your minions + trigger their death rattles, or does it kill them in the process. Will have to find out. The former option would be nice. The latter, situational at best. 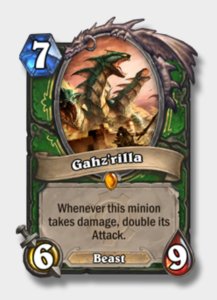 A 6/9 for 7 isn’t bad, and is a nice big beast option for the Hunter. Being able to damage it is a little harder to do, but being able to double that attack to 12 is phenomenal. This plus a King Krush on the next turn will most definitely end a game. 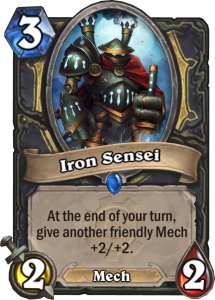 Good for a mech deck, but I haven’t seen a whole lot of synergy between mechs and the Rogue class.. Guess we’ll have to wait for the full card list to see.

A counter for deathrattle decks. I’m not sure that meta completely took off, at least I didn’t see a lot of deathrattle themed decks while I was playing more regularly. Still, there might be more of those in the coming months, and this could be a nice way to stave off some of them.

Another card with the Spare Parts. Still don’t know what that does, but a 7/6 for 6 isn’t bad anyhow.

A nice little bolster your forces card, complete with a weapon. I’d use this in my Pally deck, for sure.

This card also suffers from stupid, like the Shaman card mentioned earlier. I like a 6/6 with stealth, but not when I can’t control who it attacks. Unless there’s no minions on the board, or you can bypass taunt like I said earlier. 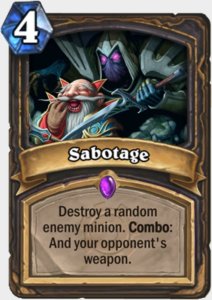 This card is nice for the destroy as it costs 1 less than execute, though you can’t control the target (unless you clear out the lesser threats). The bonus of destroying a weapon is also nice, but only useful for a couple classes. I think it will still see some use.

Another deathrattle deck counter. Again, not sure on the meta after this set releases, but it’s good to know that there will be some counters. However, you might end up benefiting your enemy a bit too much.

This is pretty cool. Rarely do we see cards that affect hero powers. I can see where the Hunter power would be nice to use elsewhere, but only occasionally.

More spare parts. Sigh. Wish I knew what the hell that did. It’s probably useful if they devoted this many cards to it. Either way, 5/7 for 6 is good. 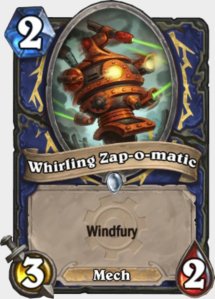 3/2 for 2 with windfury, no overload. Pretty good Shammy card. Too bad I hate Shammies.

And there you have it. All of the cards we know about to this point. Like I said, I’m not going to bother talking about any more, my job here is done. Follow the PCGamer link at the top of this post for any further info that might come out between now and release. Looking forward to actually playing with some of these.

EDIT: the release date of Dec. 8th has been announced here.

4 thoughts on “Goblins vs Gnomes Part 4”