Another week bites the dust. So what have I been up to this time around?

Well, obviously I’ve played a bunch of H1Z1, as my last few posts were all about it. I’m up to about ten hours of play time and despite learning a bunch of how the game works, I’m not making much progress. The reason for that is because every time I manage to scavenge up a bunch of goods and am doing good, I come across some asshole who kills me. But, this is the name of the game, and I have been loving it. I just know that having a life stretch across a few sessions and then losing all that progress will make you log out and come back another day. I have been seeing more player made structures popping up, and that’s encouraging, especially when during our conversation about the game on the last episode of Couch Podtatoes, Eri expressed concerns about no one building things. I can assure you, it’s happening. 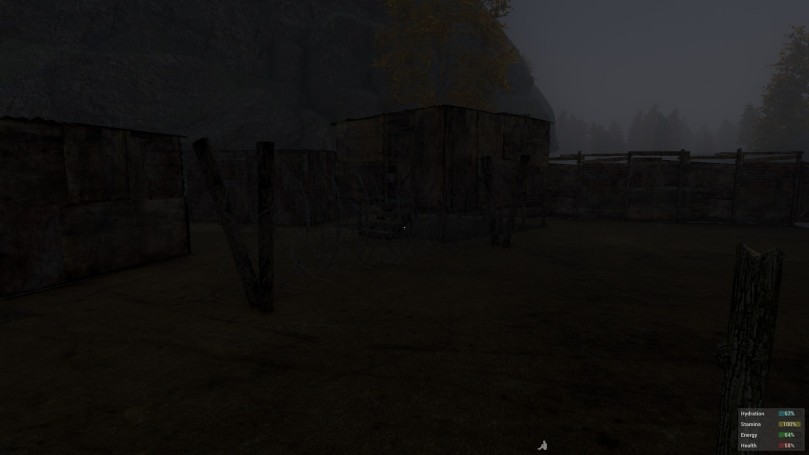 I have found that with minimal scavenging, you can actually head out into the woods and survive pretty well. Basically you need to find a source of fire, an axe (or other such bladed weapon), and a couple of empty bottles. From there, you can be a mountain man and you’ll be less likely to get ganked. Grab some sticks and cloth, and you can make a bow. From there, you can hunt deer and wolves (and bears if you don’t get mauled) for meat. Fill up the bottles in a river, cut down a tree for some wood logs, use the fire source to make a camp fire, and boil the water and cook the meat. You can survive with minimal contact.

I also ended up opening up some of the crates using the crate keys provided with my Early Access purchase. That netted me some skins for hats and clothing items so I look a lot less like every other dude.

But of course, you have to watch out for Zombies still, particularly when you make fires. They love that shit.

In other news, the new ranked season of League of Legends got started, and the Spring Split NA LCS got started this weekend. I watched a single game on Saturday and three games today, and there were some good games played. I was shocked to see some underdog teams that are upstarts (either because of name changes or newly formed teasm) take out the #1 and #2 seeds from last year, TSM and C9. However, the season is young, so there’s many more games to be played. In my own personal play time, I’ve been working on the provisional games to see what tier I’ll end up in. There was word that the system is a little more harsh now, and some players I know that were in Gold last season started out towards the bottom of Bronze. Looks like I know where I’m starting. That’s ok though, I’ll move up the ranks if I have anything to do with it. So far I’m 4/4 out of the 10 games I have to play. I know that’s not stellar, so I imagine a Bronze III or IV start, but I’ve made my way to Silver before and the goal this year is to hit Gold. Here’s my history in ranked for the past few days: 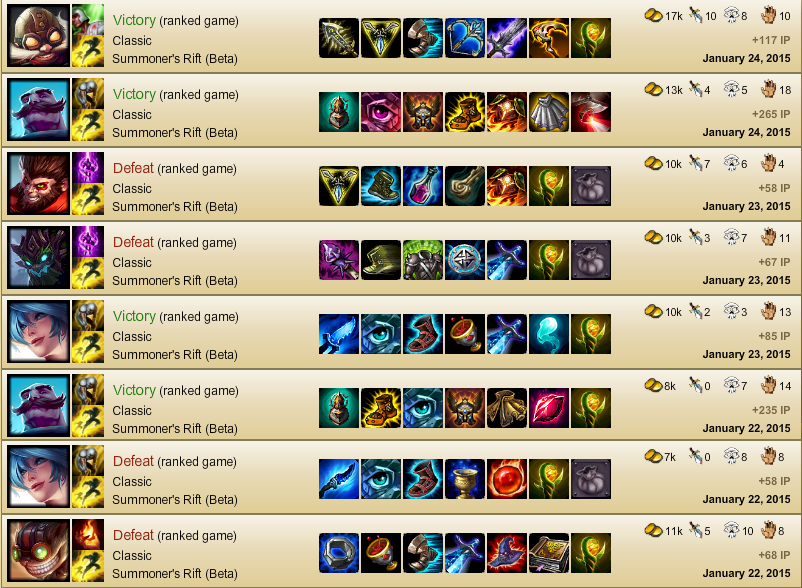 There’s been hype building because Guild Wars 2 finally announced an expansion coming down the pipeline. I haven’t really given the game a fair shot, as when I first got it, I only played long enough to check out all of the starting cities (races) and the different classes. I then moved on to other things. I came back to it a month or two ago because I decided I really wanted to check out the WvW and sPvP and ended up not being overly attracted to either. I didn’t really get too involved, but I did delete the characters I had and changed servers to hang out with Jeromai (and I think Eri is on that server too). I know that I can get involved with a guild over there too, but didn’t want to make that commitment if I wasn’t going to play often. Knowing an expansion is coming and most of the content usually ends up being end-game oriented, I figured I might as well actually do the PvE stuff and get through the game with at least one character so that I would be ready for that expansion when it comes. However, I did think about doing this with Rift (and I’m not that far off, being level 40 with my highest character) because of the Nightmare Tide expansion, but then I only played for a few hours and gave up on that as well. However, being a B2P title and not a F2P title, GW2 feels like a game I can play when I feel like it, and I don’t have to worry about sub fees or being behind on content because I would have to spend a shitload of money to get features I might like (which is part of why I dropped Rift again). So this time around I started up a new Norn Guardian, but I still have my Charr Thief, and I have a Asura Necro. So far I’m loving the Guardian, so I’m sticking with it for the time being. Double XP weekends make it easy to grind out levels so he’s already nearing 15.

I also played a little more Diablo III, still plugging away at my Hardcore Monk who hit level 60 a couple of nights back. I’m pushing for 70 so I can get some paragon levels in for any other potential characters I might decide to play in that mode. I don’t really have much to share besides that tidbit, so here’s how he looks for the time being:

Last bit of news, I want to give a big thank you to Isey from I Has PC for doing a giveaway for the game Project Zomboid. He received a copy from Eri who ran a contest, and that inspired him to run his own giveaway, and I managed to be one of the lucky winners. So thank you good sir. I only had one sit down session with it so far, but it does look to be pretty interesting. Graphically it’s not much to look at but it seems to have some depth when it comes to the sheer amount of different items in the game and I’m sure the crafting system is pretty intense. I only ran around for a while, looted some stuff, got frustrated that I couldn’t carry more, ran into zombies, couldn’t figure out how to attack, figured that out but by then I was critically injured, ran about some more and died. I think a multiplayer session is in order, because I need some guidance. I still can’t help but compare the game to H1Z1 though, and I have to say I still enjoy H1Z1 more at this point. Perhaps Eri or Isey will be able to show me the ropes and change my  mind. 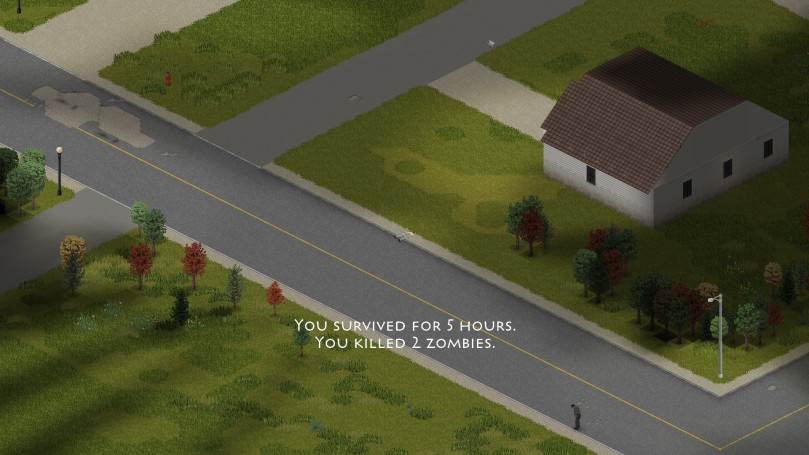 Oh yeah, we got a badass over here. So yeah, that’s about all for this week. I look forward to putting time into all of the above games for the foreseeable future, as I am pretty much invested in them all. I do have a considerable backlog still but sometimes you just gotta stick with a couple games for a while. We all know that this will probably change soon enough, I am so fickle after all. Til next week.