Going back to my post, The Wonder Above, I had talked about the speculation around the new champion teaser. Today Riot released more information about that champ, who’s name is in fact, Bard. The discussion revolved around whether or not Bard would be a support, and being from Targon, be a big tanky champion. This much we can confirm. 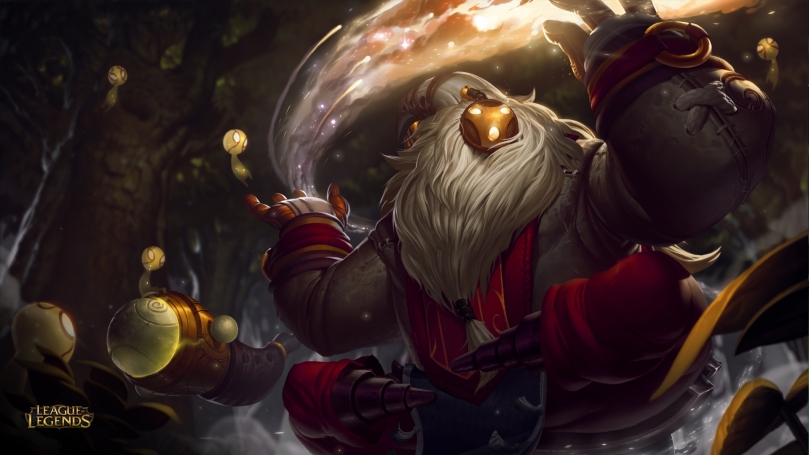 Bard is his name, so I think we can drop the speculation about it being a race, unless more of these champs show up at a later time. We can also drop the idea that it’s Ao Shin, obviously. The symbol that was shown up in the sky above the makeshift camp in the teaser is his, in that he can create tunnels through walls, thankfully not limited only to the spots where they are already visible. He’s basically the support version of Rek’Sai, to be honest, though from a different region of the world. You can see the full reveal over here. I’ve been having good luck with the new meta supports and/or newer champions who are supports, so I’m stoked for this release. I’ll be saving my IP for him certainly.

Bard’s kit is very much about wandering and securing objectives, and that is the new meta that has emerged this season. Since there isn’t a champion spotlight video just yet, you’ll have to visit the earlier link to see his abilities in action, and I’m not going to go into great detail here. They also haven’t released their recommended builds but I imagine the typical tanky support builds will be viable, with maybe a splash of AP for early poke. I will probably run my usual Tank rune page and Support Masteries for this champion.

Looking forward to checking him out. As of yet the release date has yet to be revealed.

7 thoughts on “The Wandering Caretaker”