The line up this week has been mostly the same stuff I’ve been talking about lately, however I did try out some of the other games that came in the last Humble Bundle I picked up, which included Shadow Warrior. I haven’t actually touched that game since I wrote up the beginning of my play through for it, but I intend to get through that game rather quickly, so be on the look out for more on that later. The other games that came in the bundle that I touched on this week were Outlast, Super Splatters, Mirror Moon EP and La-Mulana. I also played more ESO, Titanfall and League of Legends.

In League, I’ve just been playing Ultra Rapid Fire exclusively. I have continuously had great games with Hecarim, but other champions are hit or miss, and Hecarim gets banned out quite often. The game mode is only running for one more day, so after that I plan to do some more practicing and then getting back into Ranked play. There’s still plenty of season left and I still want to get the hell out of Bronze. Speaking of this season, I’ve also been keeping up with the pro scene: The Spring Split is just about finished up, with Cloud 9 winning their semi-final series yesterday, and TSM picking up the win today. They are set to face each other next weekend to be crowned the king of spring, though there’s still the Summer Split to go. I have no doubt both of these teams will head to Worlds again, but who knows if they manage to make it very far from that point (they haven’t in previous years, but maybe it’s NA’s time).

Titanfall is more of the same, though with ranks earned you do start to open up some better options for building your solider/titan. This tends to elevate your game a bit, along with practice, of course. I’m rank 15 or so at this point and steadily climbing, I’ve had some pretty good games here and there. I’ve found the most success running around with the smart pistol and the rocket launcher, but there are times when sniping has been fun as well. Overall, great game and I’d recommend it to those looking for a lobby shooter that isn’t CoD/Battlefield.

In ESO, I’ve been prepping my new Nightblade for action. As I mentioned previously, I joined the guild Obsidian, and we’ve started new Daggerfall faction Nightblades to do some PvPing with. Level 10 is the minimum for PvP, and as it stands now I think there’s only a couple members who are there now, I know I still need a couple of levels to hit that mark. I’ve found that I enjoy running the bow, and I’ve started to put points into the syphoning tree just to have more ranged DPS, a little cc and a self heal. I’ve been cruising through though, it’s only been a handful of hours that I’ve put into the new toon. 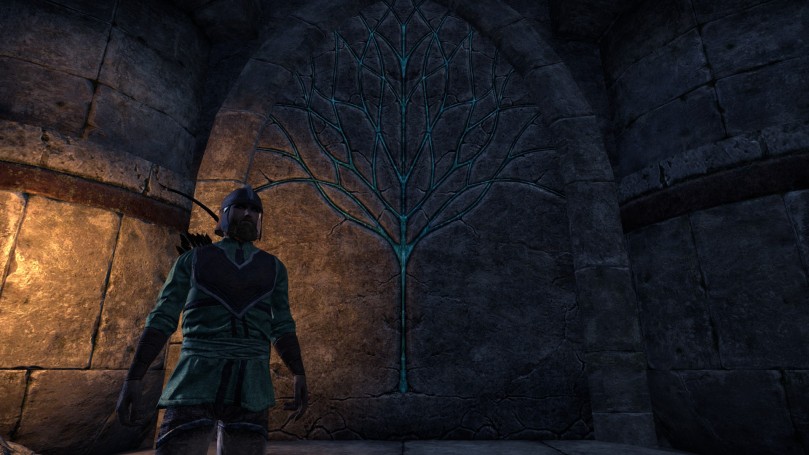 He still looks like a noob, but has been effective so far. Here’s a couple other landscape shots for good measure:

Most of the other games in the humble bundle were sort of “meh.” Mirror Moon EP is one of those first person exploration games, aka a “walking simulator.” I guess there’s some puzzling aspects, but all I managed to do was walk around in circles before saying “no thank you” to more. If you like games like Proteus, then you’ll probably dig this one. I did not. The same goes for La-Mulana, though it’s more of a platformer, maybe even a Metroidvania. Just really ugly, with clunky controls and I just couldn’t be bothered with it. So both of those games are on card-farm status before being deleted.

I spent more time with Super Splatters, which is a physics based puzzle game. Basically you’re a blob of “juice” who can perform various stunts to bring your body into contact with mines. The mines will explode when enough juice has touched them, and you must clear all of them from each level before progressing. It amounts to the same sort of game play as say Angry Birds, just delivered in a different way. I enjoy it as a stupid little time waster, but it’s nothing to really write home about.

Now despite also being a Metroidvania, UnEpic ended up being a game I can get behind. The whole story revolves around your main character playing D&D with friends, taking a bio break and being transported into a D&D world. The dungeon the game takes place in seems to be rather large, and there are a number of interesting mechanics in play. It has platforming elements, tons of weapons (spells too, though I haven’t figured out any at this point), differing enemies, voice acting and most importantly, gamepad support. Platformers don’t feel right with keyboard and mouse. Overall though, it’s a pretty straightforward and simplistic game, but I still enjoyed the time spent with it. He’s a screen so you get a general feel for the game: 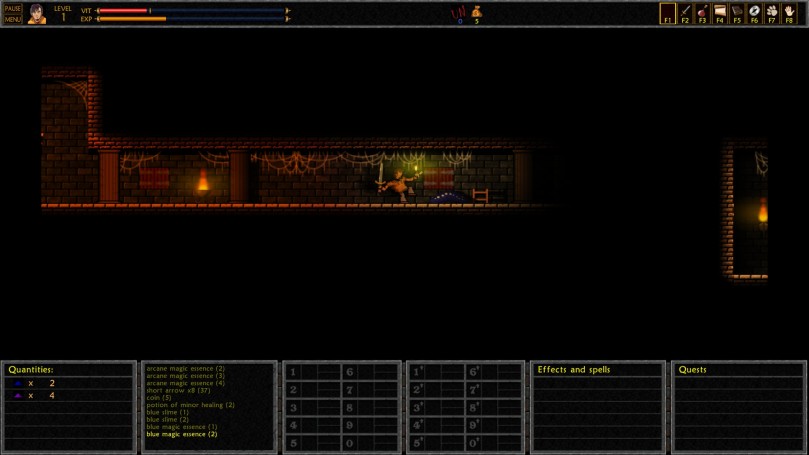 The last game I spent a chunk of time with was Outlast. I mentioned this in my State of the Tweet column, and I haven’t played it since, because holy hell it’s a legitimately scary game. Jump scares galore. I didn’t manage to get any screen shots of the scary stuff, but you can feel the tension in this picture: 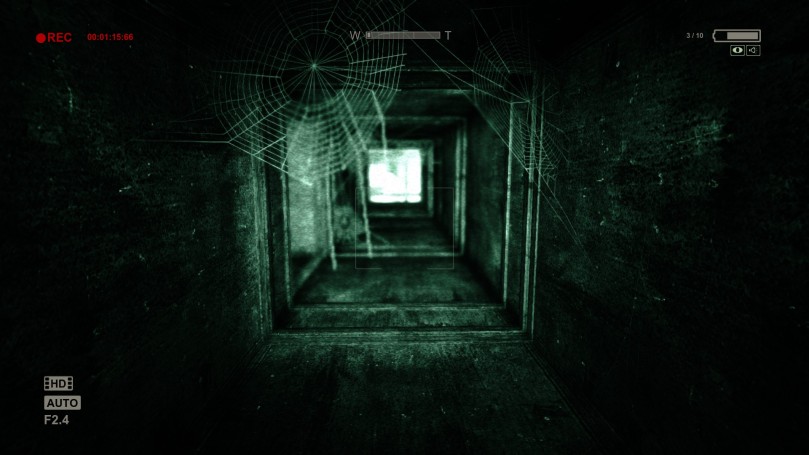 Nothing like night vision on the camera as your only field of view. This was only 5 minutes into the game, as it basically starts throwing nerve-wracking shit at you from the get-go. I will play more of this because of my love for the horror genre, I just don’t think it will be at 3 am in the dark with headphones again.

That’s all I have for this week. Til next time.

2 thoughts on “State of the Game: Humble Edition”