When we left off, Wang had jost gotten his hands on his combat armor (now allowing you to collect armor on top of health packs {typical of FPS games of the era}) and had continued on the trail of the Golem carrying the sword that both Wang and his demon pal Hoji are after.

The only real easter egg/funny/weird thing I found in this episode (outside of cookies and regular non-funny secrets) was the following play-on-words changing of a popular brand of vehicles. I chuckled. Dude. Bro.

Rather quickly I had gained enough karma to unlock a new ability, and since I had already purchased the skills on the Katana Mastery page, I got some flat % damage against lesser demons, which are starting to appear in droves.

Besides the lesser demons, some of these guys showed up, and their shields prevent bullets from being effective. Frontal attacks with the katana are also inefficient, but the sword art that allows you to throw out a shockwave cuts clean through, though it takes a few hits to take one down. Of course, there are one liners and fortune cookies abound in this level as well. As a matter of fact, it appears that I must have missed fortune cookies in earlier levels because there were several in this one.

In a nearby courtyard, a huge group of demons appeared, more ported in, and a long skirmish played out. I absolutely love the sub machine gun in these situations, it cuts through the lesser demons like a hot knife through butter. Later after the melee, I found a little idol underneat one of the bridges, and it was worth a pretty penny. Wasn’t a secret though (despite some being that easy to find).

By now I earned enough karma for another upgrade, so this time I got the % bonus to damage to greater demons, so the big and the small will be a bit easier to take on.

Another bamboo forest and old-school traditional chinese house was nearby, and for some reason or another, lesser demons also enjoy jacuzzis. Interesting.

An even more interesting easter egg was found while traversing through a patch of bamboo, where at the end of this path the game suddenly shifted to the original game’s graphics, so it looks like you’re in a mine craft game. The contrast is apparent if you look at my gun in the latter picture.

The latter end of the episode revolved around getting this door open. It had not one, not two, but three different shrine-locks, which meant that I needed to go on the hunt again. 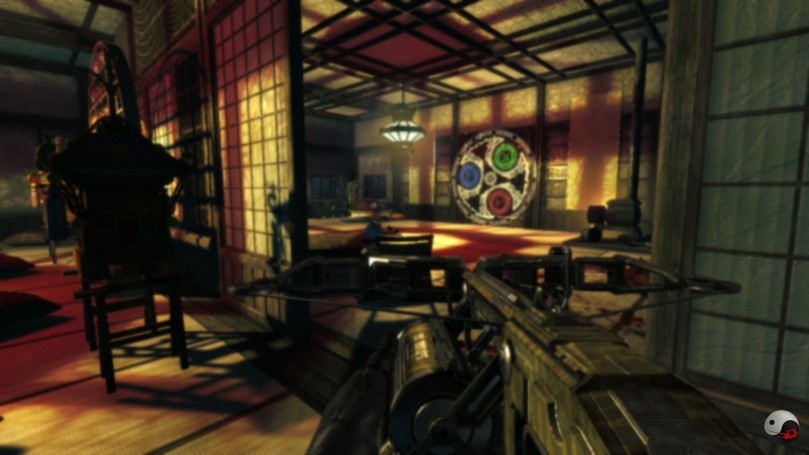 Another fortune cookie was present in the same building. But apparently I was mistaken. Wang echos my sentiment in the latter picture, as I would also prefer to be killing shit.

Our thoughts were heard by the demons apparently. 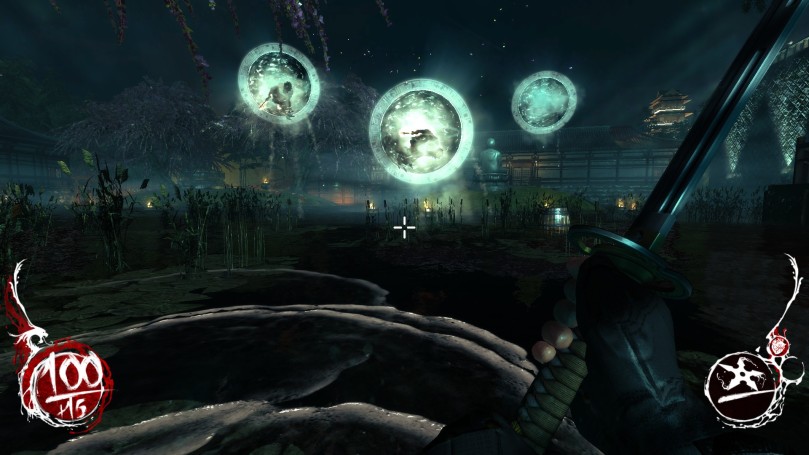 Hoji compliments Wang regularly, and I enjoyed this one. The next cookie found by another budda shrine paid homage to a long running meme. Finally, I earned more karma and opened up another new skill in the movement tree, so that I could run and dash around more often.

More one liners and cookies as I cleared up the final demons of the level:

The same final building also held another Ki crystal, which I threw into the healing tree. Finally, outside of the building was the final courtyard, and the exit to the level.

Here’s the final results for chapter 4: