As Chapter 5 begins, Lo Wang and Hoji are still in pursuit of the Golem with the Nobitsura Kage. We had just gone through a large door, and end up on a street like many others in this game thus far. 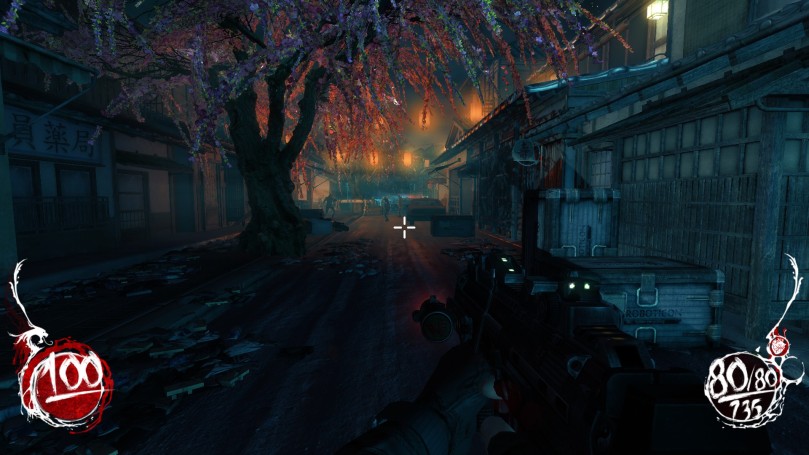 Soon we came to a large temple, where the Golem had headed. Of course, that meant plenty of enemies to fight on our way there.

After the fight, I threw some Karma points into the movement tree. Now stamina is less of an issue. 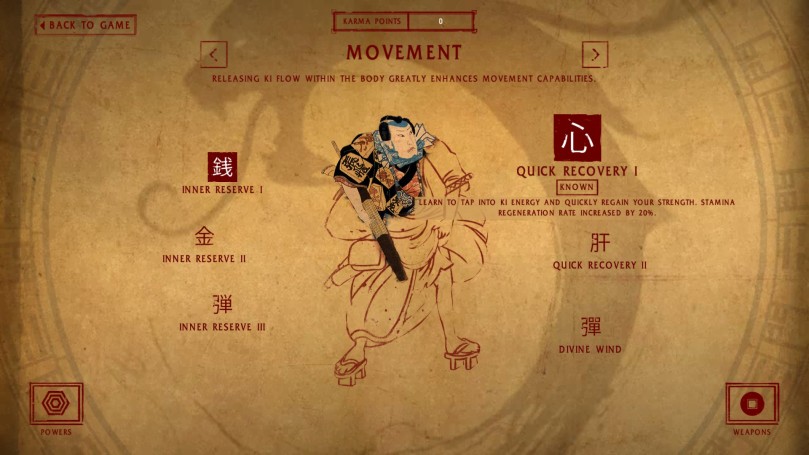 Inside the building, we find a set of keys, along with a couple of amusing fortune cookies.

The keys actually open up several doors that we had already seen, secured with blue padlocks. This netted treasure and items. The familiar site of this symbol on the nearby gate meant we needed to find several of those smashable altars.

The search for these altars leads Wang through underground caves, into courtyards, and cemetaries:

Finally, in the innermost courtyard, we find the building where the golem awaits:

Hoji assures me that she will not attack, that she is merely animated by a memory of the dead.  But she has the sword, and Wang takes it from her.

With the Nobitsura Kage in hand, the Golem springs to life and lunges at Lo Wang. He makes short work of her.

The Chapter ends with a beautifully animated cutscene that tells the story of the memory locked within the Golem. I won’t give much of the story away for those of you looking to play this game.

Here’s the final results for the level: