It’s funny how daily posting can affect other aspects of your blogging habits. This State of the Game column has been a roundup of the games I’ve been playing, and sometimes has other tidbits like things I’m watching, or other small chunks of information that wouldn’t fill out a whole post. When I write like I’ve been writing, where I take a day or two off here and there, there is still a point to having a round up post, because then I just collect the thoughts I’ve had throughout the week that didn’t make it into another post. When I was writing daily through August and the beginning of this month, the round up post became obsolete because I made every thought into a full blown post, rather than saving them up for a State of the Game. It’s an interesting dynamic.

So I finally wrote a new round up post last week, and it turns out that this week I have enough to write about again. I don’t know if I’ll be back to doing one of these a week or not, I still reserve the right to write them when it feels appropriate.

The first major bit of news is that I had been playing Shining Force after many years and I finally completed it yesterday. I had been thinking about playing it ever since we started talking about Evergreen games back in August, and started it up a couple of weeks ago. It didn’t take long to complete, and felt easier than I remember, but it still holds up. To me, graphics aren’t everything. A game that has fantastic mechanics and a workable storyline get me going a lot more than graphics do. That’s not to say I’m not susceptible to the charms of amazing graphics, but rather that I can still go back and enjoy older games. It bemuses me that some people only want the newest technology and games and will write off everything that came before it. A recent conversation with a friend confirmed this about him, where he was already talking trash on the PS3, saying any games he didn’t play must have been garbage and that he only cares about what’s on PS4. Similarly, he writes off my new computer and thinks I should “stop being cheap, and buy a PS4.” I do want a PS4, don’t get me wrong, but at the same time there’s only 1 game I care about on that system that I can’t get anywhere else. Until there’s a handful, I don’t really see it as being a wise purchase. Not to mention, a $1500 computer is 3x the amount of a new PS4, so who’s the cheap one? But I digress.

I also picked up a copy of the original Final Fantasy Tactics for my PS3 as a “PSOne Classic.” I’m not sure if I’m going to move on to Shining Force 2 first, or if I’m going to make the jump to FFT, but either way I have been on a retro gaming kick and it’s made me appreciate my nostalgia for these particular titles but also given me an appreciation for some of the advancements made to RPG systems. There are some conveniences that are definitely missing from Genesis-era RPGs, even just between Shining Force 1 & 2, which is part of the reason I want to play the sequel now so that things are fresh in my mind. I think I’ll be writing a post about the two and comparing them by when I’m finished with the series again. Either way Tactics is itching to get played.

Some of the indie games I’ve mentioned either here on the blog or on my podcast recently have been in a steady rotation this week. I wrote about Super Mutant Alien Assault already, and posted a video but I didn’t talk about the other two games I picked up at the same time: Space Beast Terror Fright and Secrets of Grindea.

SBTF is a Roguelike FPS where claustrophobia, warping visuals and difficulty collide to make for very short gaming sessions. I would go into more detail, but just watch some of my gameplay and you’ll get the gist of it:

Secrets of Grindea is more light hearted. It’s a 16-bit era JRPG with action combat rather than active time battles. Think Secret of Mana meets a smart assed teenager. You were probably a smart assed teenager the last time you played Secret of Mana, so this will probably be easy for you. Really though, it’s been fun. The animations are top notch, the storyline is wacky and silly but that’s good because it’s poking fun at all of the old school RPG tropes I mean the game is called Secrets of Grindea, because they have embraced and make fun of their influences quite readily. 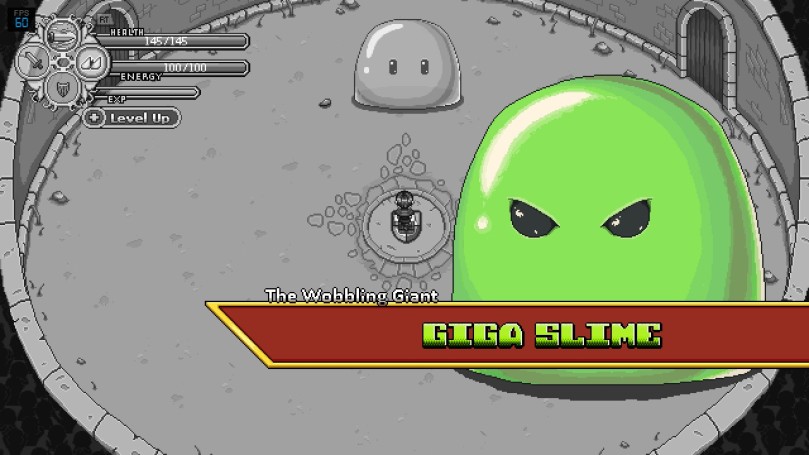 The best part is that game is playable in co-op with up to 4 players, so it’s already one upped SNES era games. There is also an arcade mode that plays more like a rogue-like and will probably keep the game replayable for many moons to come. It’s still in early access, so they have already stated that there is more to come out of the story mode before it is complete and they will be fixing and tweaking things for a while, but it’s already a well made game at this point, so I’d say it’s worth your coin. If anyone has the game (or picks it up subsequently) let me know and we can get a game going!

There’s another game I purchased as well, but I haven’t managed to play it yet, mainly because it was a pre-order. However, I did get 10% off with the pre-order and apparently will get access to the beta before the game launches late next month. The game in question is called Warhammer End Times: Vermintide. It’s a Warhammer FPS with a focus on melee combat and has a feel akin to Left 4 Dead. There are 5 classes, each with their own unique weapons and skill sets, along with Skaven as the featured enemy race. Levels appear to be fairly linear but with loot drops, unique Skaven types (like L4D’s witch, etc), bosses, and events. The loot system has rarity, and there will be differing difficulty levels, so I see a Diablo-esque grind fest waiting to happen. It’s 4 player co-op as well, and there is talk of additional classes, monsters and levels to be added after release — some free, some paid DLC. Sounds about right, and for $26 I can’t complain. Here’s a video from Totalbiscuit that shows some of the beta footage, if my commentary hasn’t already sold you:

Last but not least, I re-upped my Playstation Plus after not having it for a couple of months. Honestly I didn’t miss out on much, and this month wasn’t too great either. The Twisted Metal remake was the big freebie on PS3, and though I hadn’t played the game before, I had seen it in action and it still looked pretty decent. After playing it however, I’m not too impressed. I’ll give it another whirl before writing it off completely, but I’m hoping better stuff comes down the pipeline in coming months. Really I just wanted to re-up so that I could access some of the games I’ve collected from the service that I haven’t beaten or played at all. There’s some good titles in there that came out months or years ago that I need to play while I have an active plus sub. Not only that but I like knowing that I’m building a PS4 library for when I do finally pick up the system. So yeah, that’s it for this week’s round up. What are you playing?

No Nuclear Throne run today, as it’s a bit too early for the daily run to reset (5 pm) and I’m going to be out for the evening. I did find out that another roguelike that I own and enjoy also has a daily run feature, so I will leave you with that:

2 thoughts on “State of the Game: Graphics Aren’t Everything”