It’s been a while since I did a round-up post, and despite having semi-regular posts on various games I’ve been playing, there’s still a big chunk of time I’ve spent in other titles that I haven’t really discussed. First up, let’s recap what I’ve already written about: 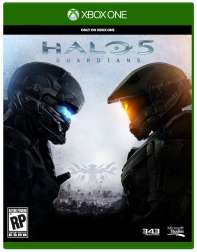 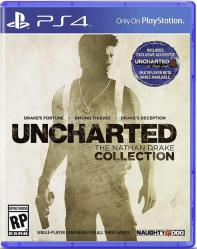 I also talked about some other games I’ve been playing on that last episode of Couch Podtatoes — ones that were on the console and not my PC. I hung out with a friend of mine who owns both PS4 and XBOne consoles, and tends to get games right as they come out. As a result, I was able to play through several games I wouldn’t normally have access to. Months ago the two of us started playing split screen co-op for multiple games. We began with the Halo Master Chief Edition, and beat the first game. We beat the Gears of War remaster. Just this week we finished Halo 2, and half of Halo 3, along with playing some Halo 5, though that was only multiplayer and split screen is no longer an option (which is stupid). I also finished the original Uncharted, which I had started a while back when he picked up the Nathan Drake Collection. We plan to finish Halo 3 and 4, though we won’t be able to do 5. I also plan to eventually play through Uncharted 2 and 3 again, so that I can be ready and have the story fresh in my mind once Uncharted 4 releases. Overall, Uncharted holds up really well. I can’t say the same for Halo, and I have to say I don’t really see a reason to buy an XB1 ever. Most of the titles that I’d even care about become available on PC, or I can play at my friend’s house. Knowing the release window for No Man’s Sky means I have a deadline to get a PS4 finally, which is mid next year. I did play the PSPlus titles for this month as well, but the only real gem there was Chariot, and it’s not even that fantastic. PSPlus is starting to feel unnecessary until I get a PS4, but I have a year so I’m not going to cancel. I’ll still be accumulating PS4 games for when I finally get the console, so it’s not a complete wash. That’s about all for consoles.

On PC, I’ve spent most of my time playing the games I mentioned earlier, particularly Vermintide. I’ve been playing with Eri quite a bit, and the two of us work well together. I can’t say the same for the random people though, as sometimes they are great and sometimes a liability. I have heard some chatter around the blogosphere about it though, so perhaps once more people we know are playing we can get some full on team work going. I’ve finally earned a trinket so I now know they are just randomly earned, and I have confirmed that there aren’t any new hats for the characters in the game, it just seems that you can get one for each character if you bought the collector’s edition. Apparently there are plans for expansions already in the works, so perhaps some fluff gear will make its way in. I have a video in the works, that will be coming from hours of recording I’ve done of me and Eri playing Vermintide, but I have to cut out all the good bits to make the compilation. More on that soon.

Unmentioned til now, I have been invited to a couple of betas over the weekend, and I have another title that you might not have heard of that I’d like to talk about. First, I was invited to the Battleborn Closed Technical Beta, but there is an NDA so I can’t talk about it, but I will say that I do enjoy the concept thus far. I was hoping to get into the Overwatch beta so I could report about this anticipated title, but I have yet to get in. This weekend was also a closed beta test for Devilian, the new-ish isometric MMO being imported by Trion. Knowing Trion’s reputation after ArcheAge, I don’t have high hopes for the game. But I love Diablo and isometric RPGs, so I wanted to give it a chance anyway. It mixes up concepts from both Diablo and traditional themepark MMOs pretty flawlessly. The gameplay and animations were smooth and enjoyable. I don’t really care for the anime aesthetic for the characters, but their designs were still well done. The kill ten rats quests are ever present, but for some reason it’s easier to accept when the combat is so damn enjoyable. I don’t really see much of a challenge from the game though, but I imagine it ramps up in later levels. It was pretty cool to see other players running around though, as typically you’re limited to a small group in Action-RPGs. I started up a Shadow Hunter which stylistically reminds me of Dante from Devil May Cry. He’s got a chain whip and shurikens, and various trees to spec different ways. I leveled him to 10 and then rolled a Berserker but haven’t gone beyond that. Basically, if you like Diablo, I think you’d like this game. It’s got that simplistic nature that’s easy to get hooked into. A quick google search should bring you to where you can sign up to beta test as well.

Another game that I stumbled upon while following #InternetRabbitHoles (yes, I’m making this a thing) is called Indivisible. It’s from the creators of Skullgirls, which was a 2-D fighting game with awesome hand-drawn art. That’s about the only similarity between Skullgirls and Indivisible, their striking hand-drawn art style. Otherwise, Indivisible is a game that successfully mixes the metroidvania style with turn-based JRPG combat that also makes use of fighting game mechanics. As you explore the world, you only see your character, and not the other members of your party. When you come across enemies, you can attack them to get in extra damage (or kill them outright with sufficient power) and then when you do enter the battle screen (pictured above) your other party members come out and it uses an active time battle system. This is where the fighting moves come in. Holding different directions while pressing the button for the appropriate character changes their basic attacks to do different things. The gauge at the top is much like fighting game rage meters, where it can be used for super moves when it’s filled. It’s a great concept and they’re allowing anyone to download and play the prototype for free. They’re asking for 1.5 million on Indiegogo, but the game looks to be fantastic, so I’d recommend supporting it!

Last but not least, I was gifted a copy of Shadow of Mordor as the GOTY edition was on sale this past week on Steam. Thanks Dad! I haven’t played too much but I have to say I like what I see so far. It mixes elements of the recent Arkham Batman games, Assassin’s Creed or similar open world games, and of course, LOTR. The nemesis system looks intriguing and I haven’t gotten far enough to really know how to comment just yet, but I have to say the controls are wonky as fuck if you don’t use a controller on PC. Outside of that criticism, it looks to be a great game I’m looking forward to spending more time with.

That’s all for this round-up. What have you been playing?