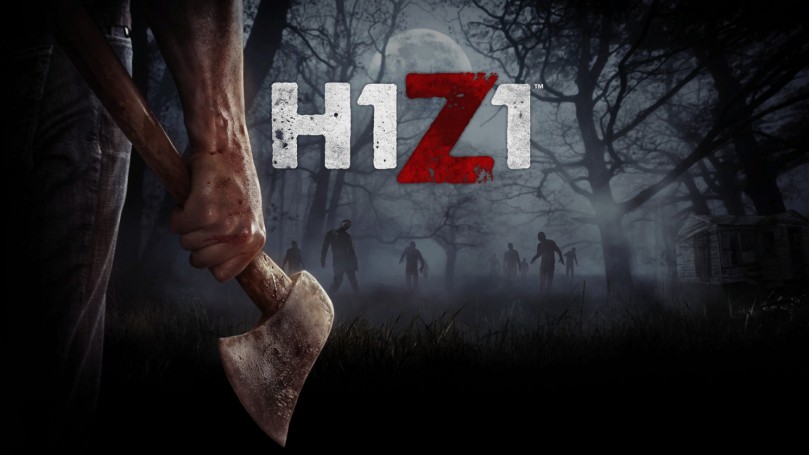 The first question that came to mind was “Do I have to pay more money to get these games?” but that was answered a little way into the post, in that anyone who already owns H1Z1 will get access to both games for free (or the price you paid when you first picked it up). Otherwise, the two titles will be $20 a piece after the separation occurs. As to when that’s going to happen: February 17th is split day. So if you haven’t picked up the game, now would be the time to do it, especially since the game is on sale right now for $15. The post also mentions that the King of The Kill version of the game is supposed to come out of Early Access and hit consoles this summer. Just Survive apparently still needs more development time before both of those goals are met for it as well.

I’m not sure how I feel about this. It was apparent that KotK (formerly Battle Royale) was seeing more attention than the Survival portion of the game. Sadly, the Survival portion of the game is the part that sounded the most MMO-like, and seemed like a great idea before they made PvE servers and added BR, which essentially cut the player base in half (the latter part is according to their post). Don’t get me wrong, I enjoy BR and I think the game functions well in short bursts, but you don’t get that survival feel they were originally going for. It’s a lobby shooter at that point, and honestly doesn’t function as well as most lobby shooters I’ve played. On one hand, I think that perhaps they should have just nixed the idea of Survival altogether and capitalized on the fact that BR is a fun/popular mode and expanded upon that (which they are doing with King of the Kill). On the other hand, Just Survive is more of what most early adopters wanted out of the game. Personally I haven’t been playing it (the last time I fired it up was last August according to Steam) because of my policy of not over playing Early Access games.

“Through in-game feedback, as well as discussions on Reddit, Steam, and Twitter, our community has been influential to us in arriving at this decision.”

This means the company has held true in its attempt to be transparent and apply community feedback. However, this part doesn’t necessarily make sense:

“The more we developed this game with you, our community, the more we realized that in order to fully support both aspects of H1Z1, and their respective players, we needed to make them their own stand-alone games supported by their own dedicated development teams. Many players in the community have been discussing splitting the game and we’ve heard you loud and clear. We want to make sure we give both titles the support they need and deserve to truly flourish.”

Weren’t there already devs working on both sides of the game? Aren’t you basically splitting up the team to focus on separate sections of the game who were already doing so? I guess if they are hiring on more employees to work on the separate games then this part makes sense, but otherwise it’s a bunch of words that really make no difference. Plus, sometimes listening to the most vocal parts of your community doesn’t necessarily make the game better. In this case it might, there’s no way to tell just yet. But honestly I think perhaps the better move is to keep the Just Survive portion titled as simply H1Z1, and call the King of the Kill game something entirely different, because it basically isn’t what we thought of when we were purchasing H1Z1. I’d like to see both games flourish, though I think the focus here on making them separate is sort of silly considering they are making an effort to keep them under the same name. Splitting the game off and calling it Battle Royale would have made so much more sense, and would keep people who are interested in only one part of the game from being confused about what to expect from the similarly titled games.

The trouble with the titles now is that they are both entering crowded markets. The Survival genre has exploded over the past couple of years and H1Z1 was already fashionably late to the party. The lobby shooter space is similarly crowded, and without definitively improving their gunplay the King of the Kill game is going to suffer because of it. Having the two games meshed together, giving you a survival experience with the added ability to “unwind” with some session based FPS action was something that set H1Z1 apart from the pack. Now separate, the two games don’t have anything that makes them stand out. Perhaps further development will change my opinion on this, but I have my doubts about the wisdom of this decision.

On a side note, I’m starting to lose my faith and loyalty towards Daybreak. Recently I made a post about Smed and Pixelmage, and in that I stated that I don’t hate the guy despite his repeated failings. The same stood true for DBG, and the reason for my fanboyism or whatever you want to call it (for both DBG/SOE and Smed) was because of the fact that they were responsible for making two of my favorite MMOs and I let them get away with murder because of it. Now that I don’t play either of those MMOs anymore and don’t think I will again, it’s becoming increasingly difficult to stand behind any of the above mentioned names. I do hope to try out Hero’s Song if it ever makes it to market (mainly because it’s cheap and still sounds interesting), and I will give these H1Z1 games a whirl once they are separate and further developed, but it’s becoming clear to me that I should probably take my money elsewhere. Despite hating the fact that EA/Activision have such a monopoly on games that I rather enjoy and having pushed some shitty business practices onto the market, I still feel like they don’t make stupid decisions as often as the other guys. I hate to be the on giving the greedy mega corporations more money, but when the little guys keep shitting the bed, we have to make a choice with where to go next. I’m not going to stop gaming, so I’m not going to stop spending money, but I’m starting to feel less guilty for buying the latest Call of Duty and Battlefront when the little guys aren’t delivering something worth while.