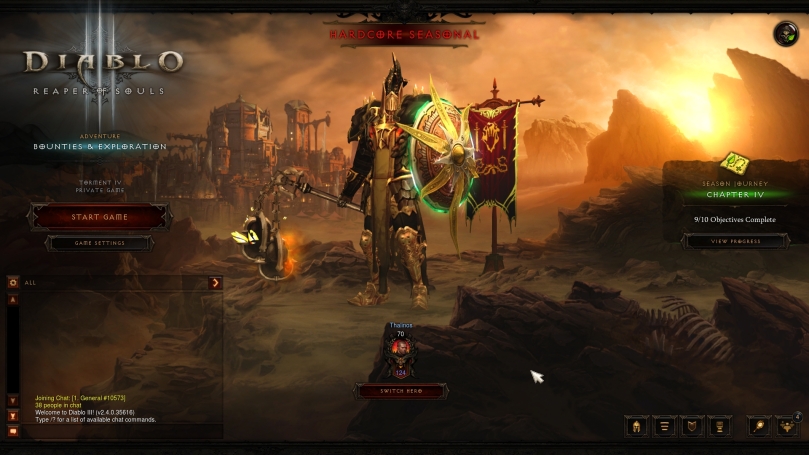 The above screenshot paints a picture of what’s going on with my latest character in this season’s journey. He’s max level. He has 124 paragon levels. He’s got all but one of the season journey objectives completed. He’s got mostly matching gear. Grinding Torment IV rifts has become nearly effortless, and moving onto Torment V is happening very soon. I’m sure you can probably guess which one of the objectives he hasn’t completed yet, but I have already spoiled that in the above sentence and also on the latest episode of Couch Podtatoes. For those of you who suck at guessing or weren’t paying attention, this Crusader still has yet to finish a set dungeon.

Ah, the elusive set dungeon. Truth be told, most everyone who isn’t playing a hardcore character (or didn’t kill their first one off like I did) had no issue getting their first complete set of armor, allowing them entry into the exclusive club known as set dungeons. Nay, they had Haedrig’s Gift on their side, and they completed all of the objectives needed to earn that full set of gear, and they triumphed over their dungeon and perhaps moved onto other set dungeons. My stupid luck meant that I had only one Haedrig’s Gift to reap on this character, as the other two fell into the ether once my Barbarian died. The last gift contained only one set piece I could use, as I had already found the other via RNG (grinding). I have since been grinding quite a bit. I pushed through the 20 levels of Greater Rifts required for the last gift a week or more ago. I’ve earned a bunch of paragon points along the way and have increased the difficulty each time things started to feel easy. I’ve upgraded a legendary gem to rank 25, and a second to rank 10. I’ve found ancient weapons and armor. I have matching set rings. I have set pieces in almost every slot, legendaries in the rest. I’ve even nearly filled up my stash with more set gear, legendary gems, and legendary weapons and gear. 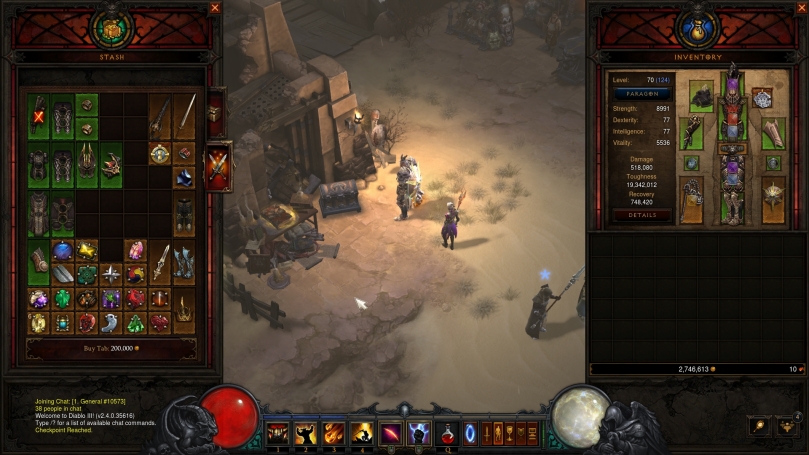 At this point I have gear that will go to my other 70’s who aren’t seasonal after this season ends. I have four pieces of the Akkhan set, four pieces of the Invoker set, three pieces of the Light set, and two pieces of Blackthorne armor. This isn’t counting duplicates that I broke down for components. I really don’t care which set is completed first, I just want one to be complete so that I can get the last bit of the season journey done and probably go back to not playing Diablo III for a while. At least, til they add something new or refresh the seasons once again. I feel like I have had my fill, but I want to finish what I’ve started. It will also be fun to flesh out my other 70’s whom I’ve spent less time on but have some gear waiting for them in my stash.

At this point I just want to share my personal build for the Crusader: 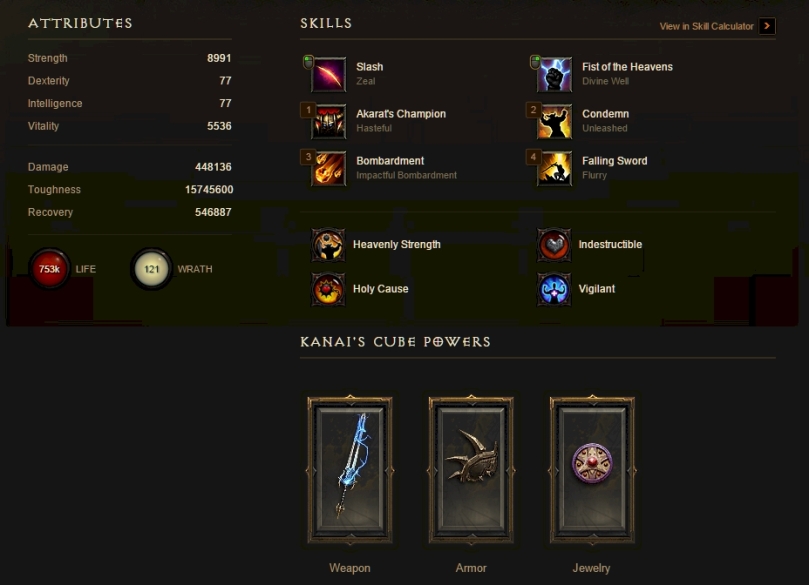 I’m running Slash with the Zeal rune which gives 1% attack speed for 3 seconds, stacking up to ten times. This combined with the Heavenly Strength passive means I can still sword/board with two handers and attack a bit fast during sustained fights. Fist of the Heavens with Divine Well rune means the initial strike of lightning spreads out to other enemies. AOE is killer on Crusaders. Akarat’s Champion with the Hasteful rune gives my Crusader extra damage, wrath regen and attack speed (this really helps with elites/bosses). Condemn with the Unleashed rune makes the damage instant, and this is another great AOE tool. Combining that with my first Kanai’s Cube power, from the Blade of Prophecy makes the Condemn trigger multiple times. Bombardment with Impactful Bombardment rune makes for a stronger damaging single projectile. I have a proc from one of my set pieces that makes this effect trigger twice. Finally, Falling Sword with Flurry is a great engage/escape tool. You leap into the air and come slamming down, and then a ring of swords pops out that continuously damages nearby enemies (also staggers weaker ones). My other three passives are Indestructible (death prevent), Holy Cause (+10% damage – helps to offset the -% damage from Heavenly Strength), and Vigilant (health regen and -20% damage).  The other two Kanai’s powers are from the Death Watch Mantle (25-35% chance on receiving damage to shoot out fan of blades causing 750-950% weapon damage) and Countess Julia’s Cameo (prevents all Arcane damage and heals for 20-25% of the amount prevented). Also, here are my paragon points at this time: 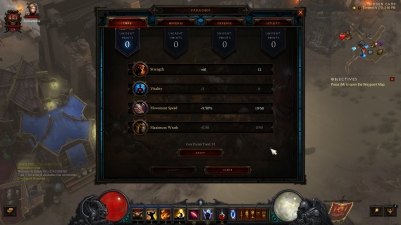 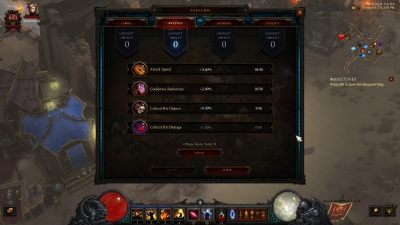 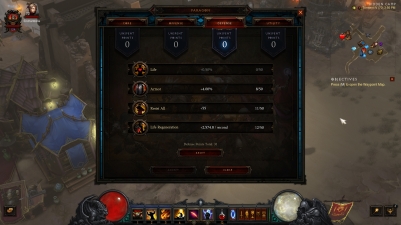 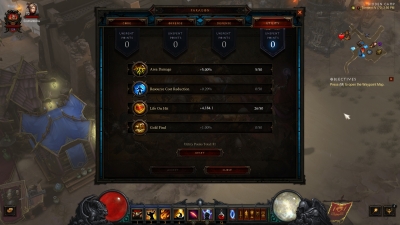 Mainly keeping with the themes of more attack speed, sustain, and some other defensive stats. Overall I have found this build to work really well for me. Perhaps it will work well for you too.