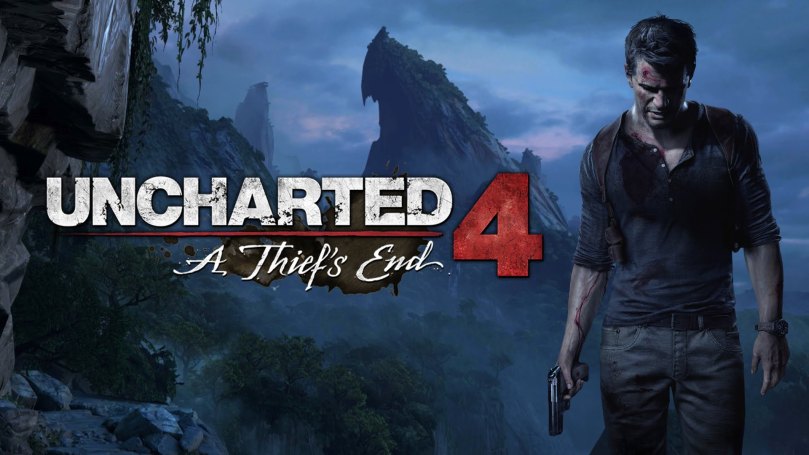 There was a “stress test” this weekend for Uncharted 4 on Playstation 4’s around the country. There had been a beta test a couple of months ago where I was first able to try the game, but that was on my friend’s PS4 so my play time was rather limited. Go figure that this beta weekend would happen at a time when I had already planned an out of town trip, but thankfully I was hanging with friends who also have PS4’s so I was able to play quite a bit during the stress test.

First of all, the game is fucking gorgeous. Naughty Dog has had a reputation for making games that look a hell of a lot better than you’d expect from the hardware, and this game is no exception. I love the Uncharted series, as it is action packed, has some fun mechanics and is rather cinematic. We don’t have cinematic examples from this title just yet, as it was all multiplayer death matches all weekend, but based on the graphics I’ve seen so far, I know the single player campaign is going to look fantastic.

One of my concerns going into multiplayer in UC4 was whether it would be more similar to to UC2, or UC3. Personally, my favorite Uncharted game to this point was number 2. I absolutely loved the multiplayer and it was probably one of my most played games on the Playstation 3. When UC3 released I thought I would love it even more, but I found that I enjoyed the story less and didn’t really care for the multiplayer as much either. The good news is that UC4’s multiplayer has managed to blend features from both predecessors, and added enough to differentiate itself from them as well.

For example, UC2 was mostly about the climbing/rolling/cover system, and though there were perks, it was mostly an afterthought. This ended up feeling pretty good though, as skill > build. In UC3, they added in systems much like most lobby shooters have these days, so there were perks and builds and some builds would end up being superior to others, etc.

Uncharted 4 has custom builds, and there are multiple ways you can set up your character, though it still feels like there’s more of an emphasis on player skill > builds. It’s the best of both worlds. Some of the added features that you can put in your loadout are pretty cool, and add some depth to the standard shooter. The addition of a grappling hook brings some different acrobatics to an already parkourish type of game, along with plenty of opportunities to make some awesome plays (one of my favorites from the weekend involved swinging from a hook while dropping a satchel charge on a group of enemies, then swinging from another tree as the charge took out three of them). There is also a new way to impact the game while you play: cash.

You earn cash from getting downs (all enemies will go down after some hits, but can be revived), KO’s (actual kills after downs), assists, and picking up treasure that randomly spawns around the map. You can use this cash at seemingly any point in time, and it can be used to summon NPC’s that will aid you, gear upgrades, or “mysticals.” The NPCs come in a few varieties, but can be pretty helpful in mowing down enemies or reviving you. Gear upgrades will affect your grenades and such, and mysticals are various “super abilities,” which make them cost the most money. Still, you should be buying multiple items per match, so there are a number of ways in which you can utilize the tools. It feels like a successful blend of previous iterations of the game, and I am really looking forward to the full release.

There was only deathmatch to play for the beta, but I assume there will be other game modes as there have been in the past. The game is set to release in May, so it’s likely there will be more beta testing before then. I’m ready for more, that’s for sure.