I love it when a great indie game comes out of nowhere and ends up being fantastic. It’s not every day you discover a game that you hadn’t ever heard of before that moment. You guys know me by now, I try to keep my ear to the street about gaming releases, indie or otherwise — but Stories: The Path of Destinies caught me entirely by surprise. I was browsing the Playstation Store a couple of weeks ago, and was checking out new releases. I ended up looking at pre-orders too, and this title caught my eye. I realized later that it also released on Steam, but I had already pre-ordered on my PS4 at that point, so I awaited it’s release for the console. The night it was playable, I jumped in, thinking to myself that I’d only play for twenty minutes or so and then I’d probably wander off to do something else, as is my typical behavior. But something special happened.

Stories is a game about a Fox. Well, actually it’s about a book. Hmm… it’s also about time travel. You know, it’s kind of hard to describe accurately. But mechanically speaking, it’s an Action RPG. You move with one stick, you attack with one button, you get some other abilities mixed in and can spend skill points to improve your abilities. I would generally and favorably compare it to titles such as The Legend of Zelda. Where it differentiates itself from the standard hack n slash of games like Diablo, is by having a very involved and confusing storyline that makes more sense as you play the game. There are meaningful choices and consequences. You can die, but you can’t die. I can’t say much more or I’ll ruin the story for you. Let’s just say that when it feels like the game is going to end, there’s still much to do.

You start off the game in a flashback of sorts, and you are set by a dying woman to look after her son who has a very powerful book, and from there your adventure begins. From there I really can’t say anymore, because there are too many cool spoilers. The story is very well done, and I really liked how the developers handled sticky situations with meaningful consequences, but nothing that will ruin the experience. The combat is another high point, as it feels very much like the Batman Arkham games, with a combo system and various learned abilities that really let you mix things up. It’s more fun than most ARPG combat by a mile, but it’s also more spread out between other obstacles, treasures, puzzles and of course, story bits. There is light crafting, in that you collect essence and ore, and can use that to upgrade your “hero sword” into other forms. They are all elementally based and have varying effects, along with working as keys for various doors. Don’t worry if you don’t have the right sword for a door in the early parts of the game, you will revisit old areas later on. There are also gems to discover that provide some nice passives. All in all, it feels very juvenile at times, but still handles adult situations very well. I’ve enjoyed every bit of it, and I haven’t even seen all there is to see yet.

I highly recommend this title to anyone who is fond of story-driven action RPGs and meaningful choices. It’s fairly kid appropriate, and inexpensive to boot.

Here’s a screenshot dump from my PS4, which automatically takes screens when you earn trophies. As a result some of them aren’t the greatest pictures, but they will show off a myriad of features of the game that I have mentioned here. 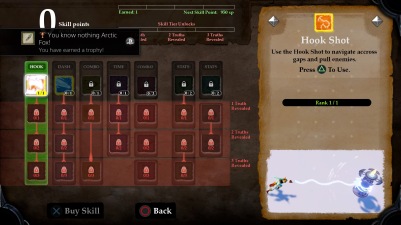 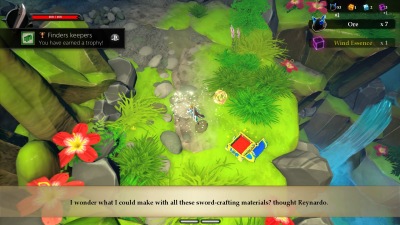 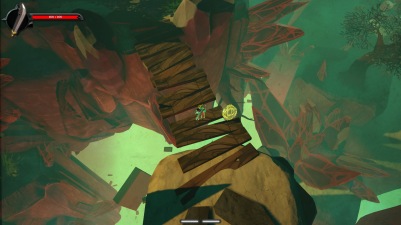 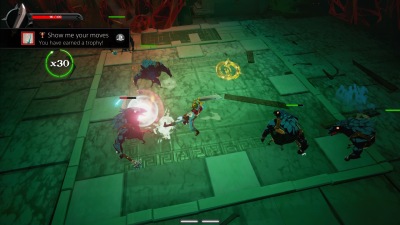 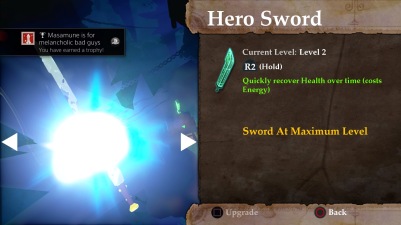 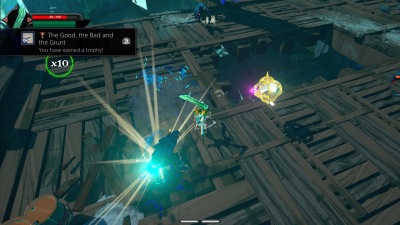 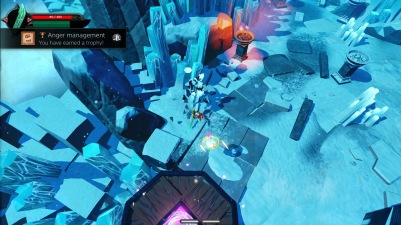 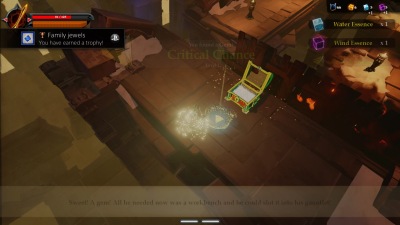 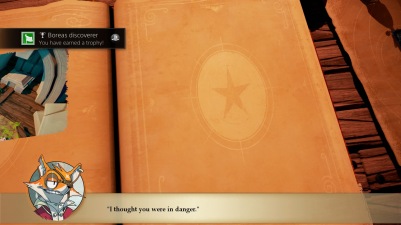 4 thoughts on “Stories: The Path of Destinies”