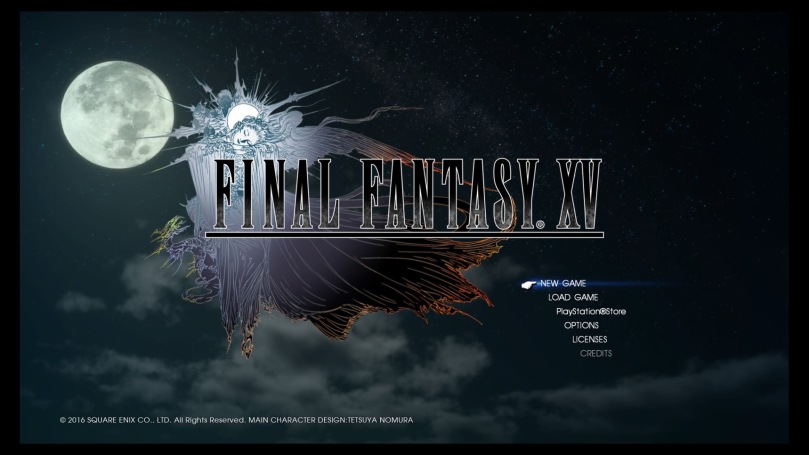 I’m only a few hours in at this point, but I have to say this is one of the best Final Fantasy games that I’ve played. Sure, it’s completely different than its predecessors, but that’s to be expected. The core story and feel of a Final Fantasy game is present, and as such it truly feels like a “Final Fantasy for Fans and First Timers” as the opening scene states. As a sort-of fan — I can’t really say I’m diehard because I haven’t played every single iteration of the series (though I have touched most and completed a handful) — I can say that I enjoy the hell out of this one.

Honestly all of the blogosphere’s talk of Final Fantasy XIV and the new Stormblood expansion had me teetering on the purchase of the game. I did try it a long time ago during a two week trial and though I enjoyed it to a degree, I didn’t feel like I was in the mood for really diving into a new MMO (I was toying with several others at the time). I was seriously contemplating the purchase nonetheless, as there is a new starter edition for $20 that is just the base game (all I’d need to get started) or I could opt for the whole collection for $60. As I teetered on that precipice, I realized that I have owned FFXV for several months and only played it one time, so I should dive into that rather than spend more money on another game. I’ve been talking about sticking to just clearing the backlog and not making new purchases (though there are a couple of games like Gran Turismo Sport that are on the horizon and are must-buy), so I’ve stuck to that for a bit. Hopefully I can actually scratch some titles from the list.

One cool aspect of FFXV that didn’t really exist in prior iterations is the fact that the Kingsglaive movie that released shortly before the game really does tie the story together. Yes, it’s a little spoilery I suppose, but having watched it prior to playing the game it helps to tie the story together — there are even cutscenes from the movie right in the game. As such, I have progressed through part of the main story to the point where I reached a harbor where I was trying to get onto a boat to proceed when the bad guys of this particular title attack the city and kill the king (your father). You head back, see shit going down and then proceed on your journey to meet up with your soon-to-be wife. However, it’s unclear if that’s what will happen, as the marriage was supposed to be between your family and the family who attacked your town, so everything is sort of up in the air. There is a story to be followed, but like most open world games and RPGs, there are side quests galore and plenty of distractions. I can suspend my disbelief long enough to do some fishing, camp, and generally be helpful to everyone, but it does take away from that sense of urgency you are supposed to have. It’s a common issue people point out all the time, but it doesn’t really detract from my enjoyment of the game.

Another bit that I rather enjoy is how your companion/friend Prompto randomly takes pictures throughout your play through and periodically when you rest you get to see his snaps. It makes the game feel more alive than it already does, and gives your companions some character that is rarely seen. Overall I’m enjoying it very much and can’t wait to see what happens next. In the event I’m still feeling like I want more Final Fantasy, perhaps I’ll give FFXIV a whirl, or maybe I’ll play that new remaster of FFXII, as that’s one of the titles in the series I never played. Time will tell. I’ll be back with more updates soon, but for now here are some random screens (partially mine, and partially prompto’s shots): 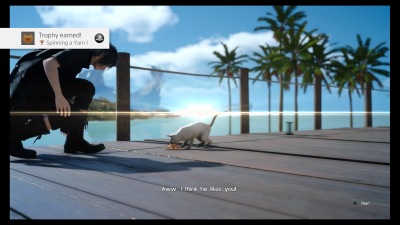 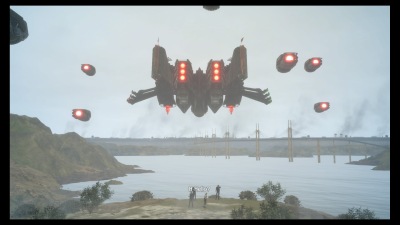 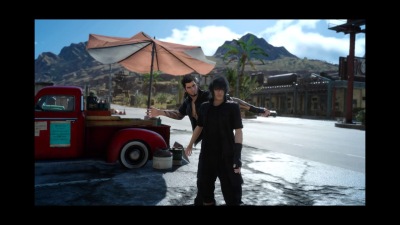 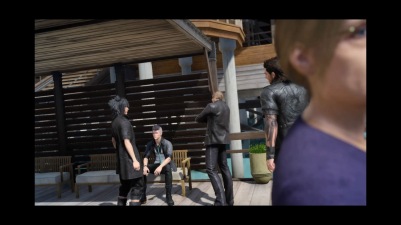 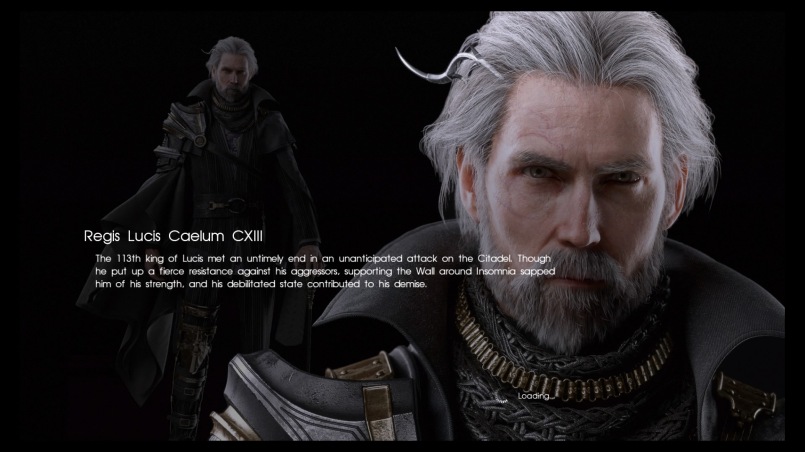