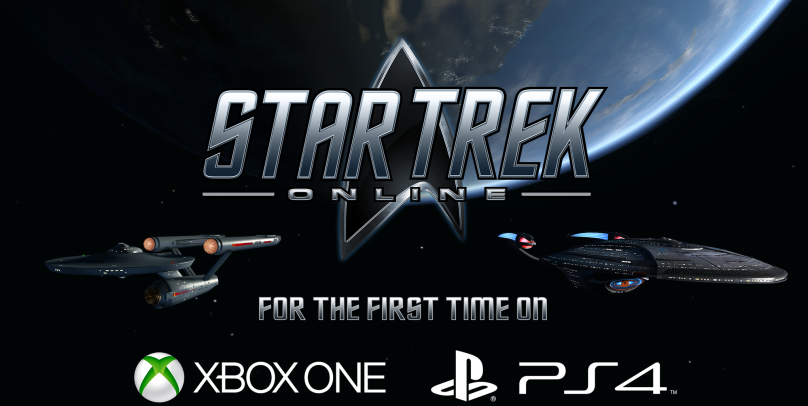 So as I mentioned recently in my post about Secret World Legends, I was sort of feeling like playing an MMO again. I’ve also been pretty clear about my love/hate relationship with the genre, so I won’t go deeper into that. Suffice it to say that I saw SWL and downloaded it on a whim. I have yet to play it again though, so just like most games, I wasn’t instantly hooked and playing it on the regular. This will probably be a thing for many years to come, because I am just short on time and sometimes attention span. Thankfully I have some of these more passive hobbies like blogging, where I can relax and not really worry about anything except putting the thoughts onto the page. But I digress.

I was browsing the Playstation Store the other day for something completely unrelated (which I can’t recall at the moment exactly what that was) and came upon some of the Free to Play MMO choices they have. I am constantly looking for free or low cost games I can play with my best friend who is now a couple of hours away — it helps keep us in each others’ loops so to speak. I’m responsible for finding games like SMITE, Paladins, and Killing Floor 2 for us to play (this guy doesn’t even check the free games section for his plus games every month). A while back Skyforge was put up on the store, and before that games like Marvel Heroes, Neverwinter and Star Trek Online made appearances as well. I had actually played every single one of those games on my PC long before they were ported over to the console, but my friend only has a PS4, no gaming PC to speak of, so here we are. I made him download Skyforge but he wasn’t into (that’s okay, I wasn’t really either) and we played Marvel Heroes a bit but it’s been a while. I thought something with a little depth might be fun and keep us playing together more often, without it being a PvP game where sometimes you get frustrated and end the night early. He’s also a big fan of Star Trek, so I thought this might work out well for us and downloaded it a few nights ago. Unfortunately he said he had already tried it and didn’t care for it either, but I remember feeling that way when I played it on PC as well.

For some reason though, it feels at home on a console. This isn’t DC Universe where it was created with a console port in mind, but it still was a well done port. The controls are fluid and easy to manage, and it’s not a chore sorting through menus. Granted, this isn’t the game that has a shit ton of inventory management or real use for a ton of menus, so that bodes well for a port. Still, it has MMO depth but translated well. 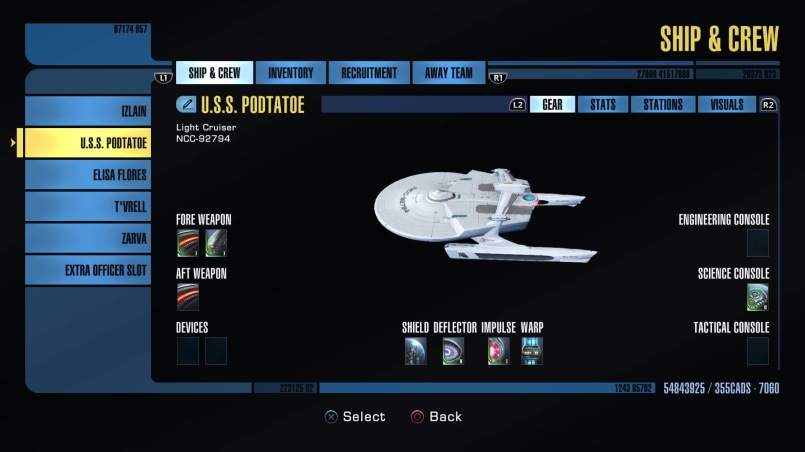 I’ve enjoyed the away missions just fine, but the space combat is where things really shine. It reminds me of a cooler version of Pirates of the Burning Sea, which I played for a while when it launched (I don’t know if that’s an insult or a compliment). I mean, that game too had land missions that were wonky and stupid, but blowing shit up in your pirate ship was pretty cool. It did get boring after a while though. I’m hoping my love for Star Trek is enough to keep me interested here. 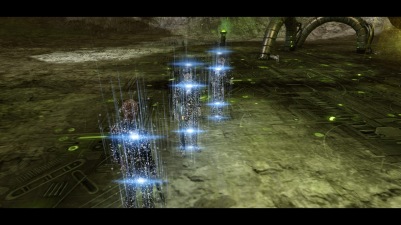 I imagine you spend a pretty comparable amount of time in both space and on the ground, but I look forward to getting better ships and seeing more epic battles. I can’t imagine what raid or dungeon content would look like in space, though the ground stuff would be predictable enough. Hell, I’m not even sure how grouping and end-game stuff works at this point, but I’m sure I’ll find out sooner or later. This was downloaded on a whim, so I didn’t really look into it and wasn’t expecting to enjoy it more on the console than PC. 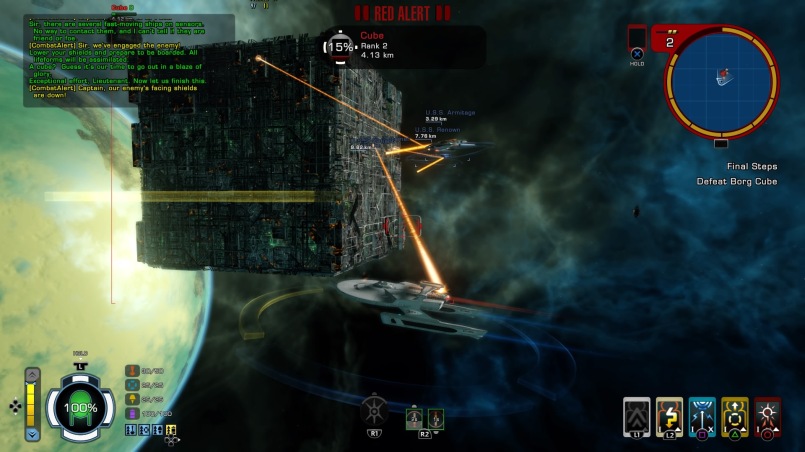 Speaking of, I believe it’s the same company that made Neverwinter, and I remember not caring for that on PC either. Perhaps I’ll give it a whirl as well. It’s a shame having a gaming rig go to waste while you play shit on your 1/3 cost console, but I guess having fun is the most important part. So far I rather enjoy this MMO, and plan to play it some more — so we’ll have more on this later!