There are a few brews that I’ve been working on in my spare time, decks that I want to build but are a bit too expensive to grab outright, so I’ve made small investments here and there, and several of my decks are considered under construction. Hell, the decks I play with regularly see revisions too as new sets come out and more optimal or on-theme cards present themselves. But to this point the decks that I discuss in this column are those that I’ve already built, or those that I’m updating from a previous version. I intend to keep things that way, so behold, my latest project that has come to fruition.

I already owned Saskia, the Unyielding — having purchased the pre-constructed deck “Open Hostility” back when I first got into Commander. I played with that deck a few times and didn’t really understand how to use it, nor did I really care for what it was doing. It turns out it’s probably the weakest deck from that year’s Commander set, and that’s probably why I wasn’t that into it. The other day I was reading an article over on EDHREC, because I was curious to see what someone else might do with this card as a Commander. I rather liked the author’s idea, where the deck is centered around the combo of Saskia’s passive ability and “ball-lightings.” Let me illustrate why this sounds so good.

Ball Lightning has been around for a long time. It always felt like a weak card unless it was played in the right deck, but the mechanic itself has found its way onto many different variants of creature cards. What matters here is that it is a 6/1 with trample and haste, but must be sacrificed at end of turn. Still, for only 3 mana you could potentially start casting these cards as early as turn 1 or 2. This means you’re hitting for around 6 damage a turn if you have enough of these guys in the deck, and even if they get out a weenie or two you’re still causing trample damage. Combined with Saskia’s passive, and as long as you swing at a different enemy you’re doing damage to two players simultaneously. Or, you can basically double down on one person. Either way, it’s free damage and we like free damage. So the majority of the deck is set around this theme, and the credit for that is due to the author of the post I read. He had some other ideas as well, some of which I took parts of and others that I didn’t. I tweaked it enough to call it my own, but it’s definitely not my original idea. It turned out that I had the Commander and the expensive pieces in my collection so I didn’t have to spend much to finish her off. The other creatures in the deck tend to be more Ball Lighting types, but I will highlight some of the utility I included as well: 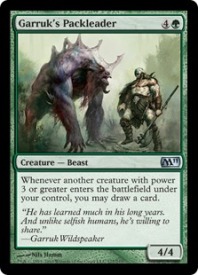 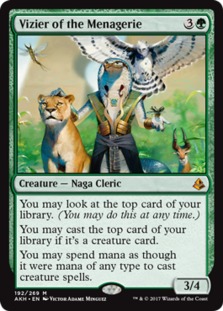 The creatures that stray from being Ball Lightnings have their place as well. Brion is a good sacrifice outlet, and those are important too. Being able to have a sacrifice outlet for the Ball Lightning that survives combat means you get a bonus effect from them before they self destruct at end of turn. 2nd main phase means something, kids! Feldon let’s me copy already dead Ball Lightnings. Some cards proc for card draw when I play creatures. Vizier of the Menagerie is mana fixing and card draw. Stalking Vengeance allows for extra damage when your creatures sac at end of turn. Synergy all around. For spells, I added some board clears that the original author did not. Plenty of ramp, some card draw as well. My enchantment selection was pretty important: 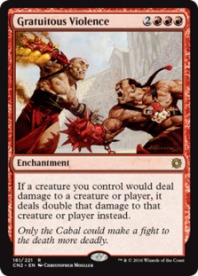 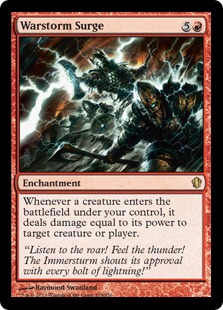 Mostly thematic and/or utility, the enchantments I added to the deck can help with things like card draw (elemental bond) or ramp (perilous forays) but can also give me double strike while attacking, or more free damage when creatures hit the battlefield. Rite of the Raging Storm is fantastic because it gives me a Ball Lightning every turn for free. I also replicated this sort of effect with some of my artifacts. Otherwise those cards give some additional card advantage (lifecrafter’s bestiary) and mana fixing (chromatic lantern).

Overall I think it will be a fun deck to test out, which I’m hoping to do later this evening. Deckbuilding is half the fun, but the other half is playtesting! Can’t wait for the day that we get our best decks together and go enter a tournament or other store event and see how we do against the competition!