Tomb of Annihilation is one of the other games I was gifted around my birthday, and I finally got around to trying it this weekend. It released fairly recently and I recall seeing it in my discovery queue on Steam and adding it to my wishlist. That was all I really knew about the title — it was based on a D&D campaign/board game, and it appeared to be fairly standard isometric RPG faire. It turns out that my original assessment was fairly spot on, but I would add that it is a turn-based strategy game, so I’d compare it more closely to something like Final Fantasy Tactics rather than Baldur’s Gate. Instead of freely roaming or clicking to move, you will be restricted to moving within a tile and then passing turn so that new tiles can be discovered. You move more freely as things begin to open up, but some cramped corridors littered with traps can prove to be time consuming. As you begin the game, you’ll pass through a tutorial as with most games. 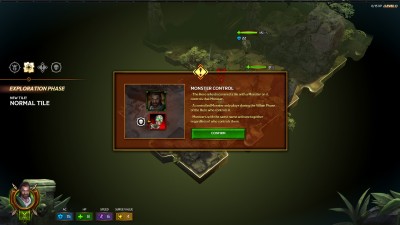 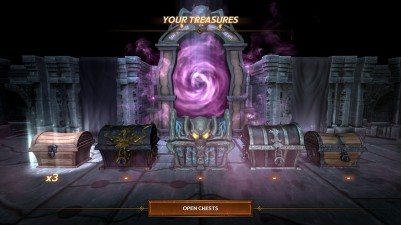 This is pretty straight forward, but the tutorial does a good job of explaining the nuance of the game, which includes a set of phases between each characters’ actions. Villains move during their phase. One of your heroes will move per Hero phase. The Exploration phase happens after you end a turn with a hero, at which time if they are standing next to the edge of the current tile, a new adjacent one will be discovered. Lastly, the Encounter phase is a random dice roll after each turn that will either help or harm you. These can be avoided with Adrenaline or certain spells. You can only perform one move and one action per turn, or move twice the normal distance, so you have to think through your strategy as you go, and it becomes a pattern of rhythmic button clicking similar to the likes of Diablo, though much slower paced. Leveling up happens across all four characters, though you don’t have access to them all immediately. As you level you earn chests and materials to craft new gear for the crew. It’s nothing too drastic, and there isn’t any RMT factored in either, though the DLC packs give a nice chunk of gold and a few legendary items to make the beginning of the game pretty easy going. 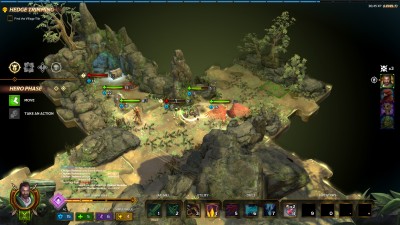 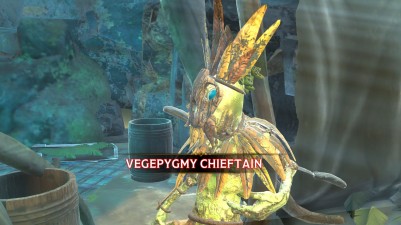 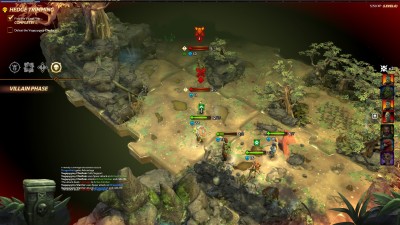 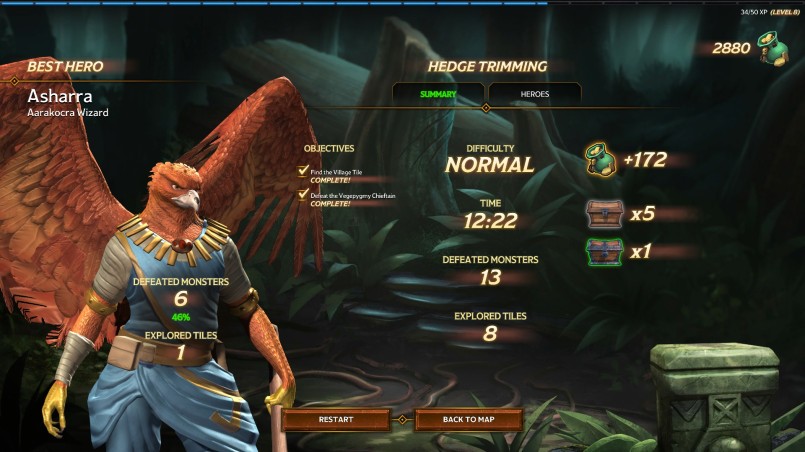 After the tutorial you’ll head out on new missions. Some are story related, and others a little side quests. All follow the same fashion, you’ll open up the map piece by piece and complete objectives at which point the mission will end and you will return to the map. You’ll fight bosses along the way and things will get messy. If you don’t have the legendary items boost, I imagine you’ll have some difficulties with certain encounters. Each map comes with separate difficulties, so I imagine later on you’ll want to play them again on harder levels to get increased rewards. The map is fairly big, about two times the size of this photo:

The main quest appears to head south in a straight line, with the side quests (in blue) sprinkled about, though they appear to be completely optional. There seems to be quite a bit of area that isn’t being used, but that means one of two things: There will be some sort of additional content added to the game at a later date, or perhaps more is added later on as you progress. I guess there’s a third option too, where it just is what it is and that’s okay too. I feel like you’ll enjoy the game if you like this sort of turn-based endeavor, are a fan of D&D or simply like slower paced RPGs. If taking your time and strolling through this title doesn’t sound appealing, then maybe look elsewhere. Either way for the money being asked ($16, $12 on sale right now) it’s worth taking a look.