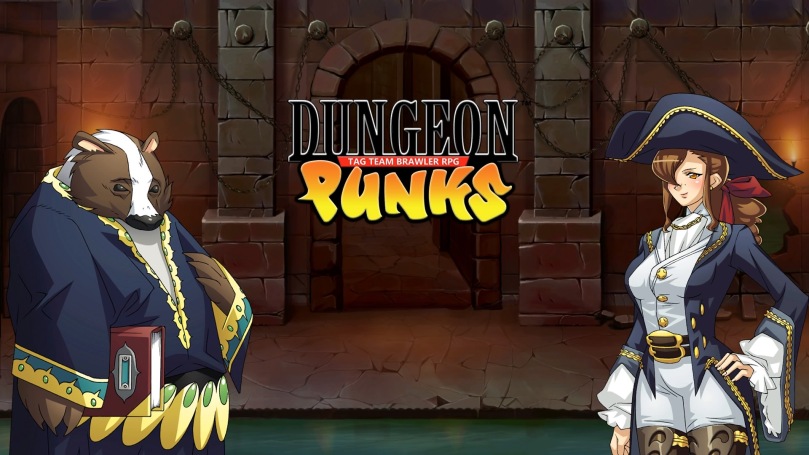 One of the free titles made available for Playstation Plus users during November was Dungeon Punks. At first glance, it looked like a pretty generic Golden Axe like game — a side-scrolling beat-em-up. Upon closer inspection however, I found that this game was much more like Dragon’s Crown, a game I played the hell out of a few years ago.

On the surface, yes it is just like Golden Axe. There aren’t difficult controls, you pretty much button mash your way through levels, trying to avoid damage while killing everything. Underneath the hood though, there are levels of complexity that the older game didn’t have, but it’s pretty much on par with Dragon’s Crown. You’ll level up, you’ll get new abilities and you’ll equip new gear. Pretty straightforward stuff but it’s still a good take on an old formula. I’ve definitely played worse games. 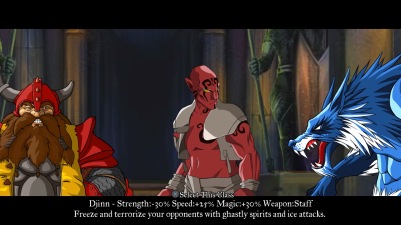 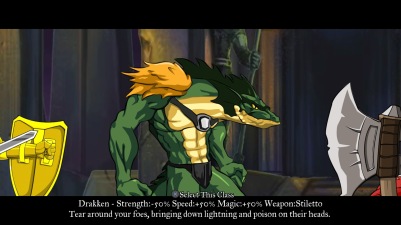 You start by picking your primary character, and this game supports local co-op for up to 3 players. If you don’t have friends over (or don’t have friends in general) the computer will control them, and you can switch between characters on the fly (or if you die during a mission). It appears that levels are geared for certain level characters, so there is some replay value there, along with “emergency exits” that you’ll have to use to get upgrades and change out your gear, but when you do the levels will reset. This means you’ll be doing a lot of the same shit over any over, but that’s the name of the game with RPGs these days, is it not? 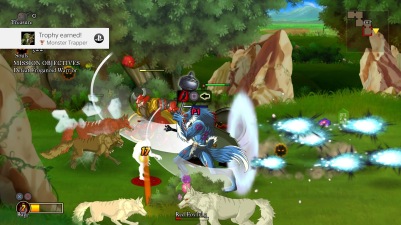 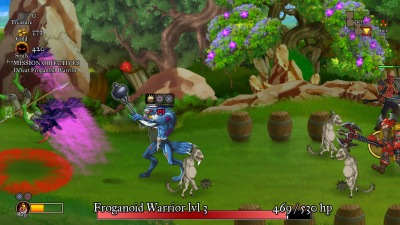 Pretty standard side-scrolling beat-em-up action, but it’s still a spot of fun. I enjoy the character design very much, but they all pretty much do the same sorts of things, outside of their spells/special moves. I started off with the Wolf, but also played the Djinn a bit one time when I died. You’ll beat bosses to move on to new areas, and sometimes people will pop up in levels and give you side quests. Nothing out of the ordinary here. 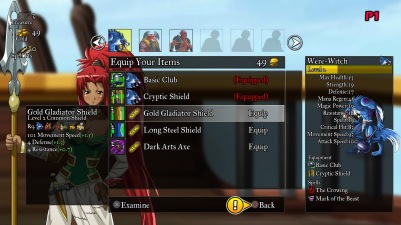 The map looks fairly large and has a good amount of areas on it. In between levels you’ll head back to the ship where your captain will give you new quests, and also where you can upgrade your abilities (or learn new ones) along with buying/selling and equipping new gear. Drops are pretty common and adhere to MMO color scale rarity rules. As I say, it’s all pretty standard faire but it’s still a mildly entertaining diversion. If you can get it for free I’d recommend it. Not sure what they’re selling it for but if it’s like $10 it’s worth it. Check it out if you enjoy this sort of thing.