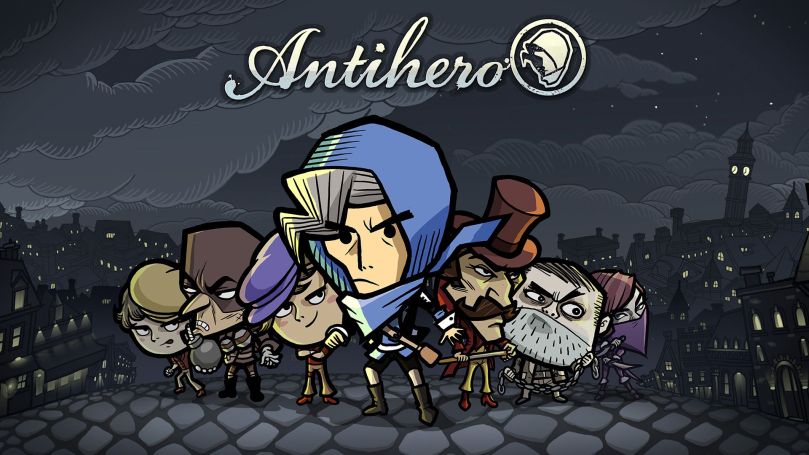 Antihero was one of those random games that I discovered and had my eye on for a while, without really knowing much about it. It finally released last year, and though my initial impression was that it was sort of a 4x game, but it turns out that it’s actually a digital board game. Having had a fling recently with some video game inspired card games, I thought this would be right up my alley. My girlfriend agreed, and she actually purchased this title for us to play. We’ve been sitting on it for a couple of weeks, but we finally got around to playing it this weekend, and in short, it’s a lot of fun!

There’s a Campaign mode where you play against AI controlled opponents, and it essentially leads you through the various mechanics you’ll need to know. I played through a level of that to get my bearings, and then we jumped into a multiplayer skirmish, playing hot seat mode together. Most of the game takes place on the above screen, where you’ll move your “master thief” around the map, exploring and burglaring. You’ll earn resources like coin and lanterns, the former which you’ll use to hire goons and the latter is used for upgrades: 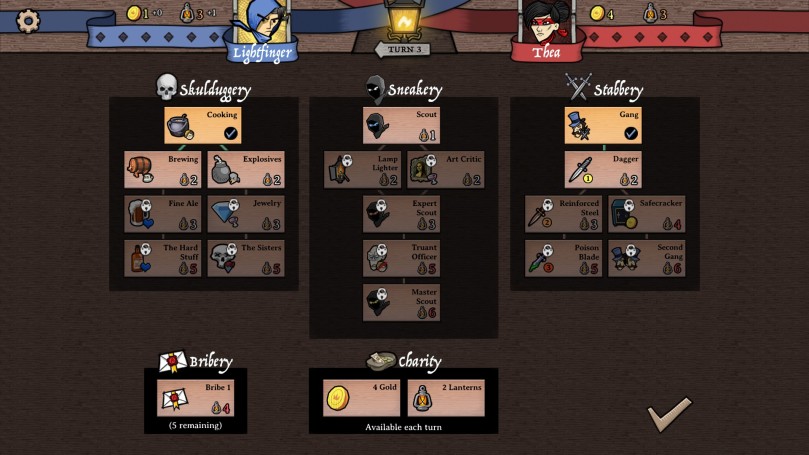 There are a few different trees, each of which has its own new units to unlock and abilities to grant your master thief. For instance, you start with two action points per turn, but can eventually unlock up to 5 points per turn. You can open up Urchins who infiltrate businesses, Thugs that guard areas or Gangs that can attack other NPCs and rival gangs. Truant officers will evict Urchins from a rival’s building, allowing  you to send your own Urchins in their stead.

There are several different master thief skins, though they don’t appear to have an effect on gameplay. There are also several different maps to skirmish on, but on the particular map we were playing, you had to buy bribes and deliver them to “The Agency” for victory points. There was a limited amount of them to be bought, along with two blackmail contracts that you could capture on the map.

For most of the game we didn’t interact much, but eventually it was clear that I had fallen behind, as my girlfriend managed to buy up most of the bribes while I focused on other upgrades. I moved in to take over one of her businesses, but then she retaliated by taking the blackmail I owned, which won her the game. It was close at the start but she ran away with the victory! 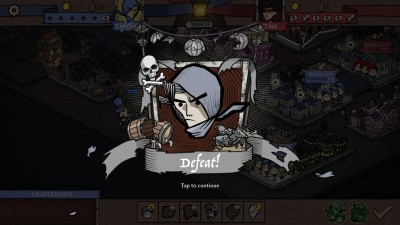 Overall I think it was a fun experience. It’s simple to pick up, and easy to play — no twitch skills required! You can play online in bigger matches as well, so I imagine things can get pretty hectic. I love the art design and the Victorian era themes. It’s not too expensive a title either, though I got it on sale. I’d recommend this for those who are looking for something a little different to play, particularly if you have a non-gaming partner!