In an effort to appropriately catalog my various EDH decks I have been attempting to get posts out for those that I have already created, and sometimes I talk about those that I’m still working on. I realized that I created a Reaper King deck quite some time ago and never really talked about it before so I’m doing so now. Part of the reason I hadn’t covered it in the past is because it wasn’t ever quite “done.” I built the deck initially back in June of last year, but it has seen quite a few revisions as time has gone on. I made one last pass on it recently and now think that it’s ready to share!

Reaper King is the leader of the scarecrows. Scarecrows have been in the game for a while, but for the most part they kind of suck. When I initially built the deck I was going into it with a tribal focus, but over time realized that some of those cards were bringing the deck down and weren’t entirely necessary. With that said, scarecrows do matter in this deck, as Reaper King himself provides a nice anthem for them but also has the ability to destroy ANY permanent on the board each time another scarecrow enters the battlefield. Since it’s a 5-color commander, we also need a fair amount of ramp and mana-fixing, which we’ll go over first. 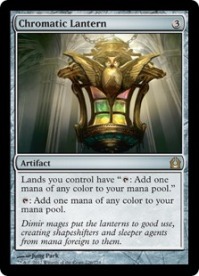 Chromatic Lantern is a god-send in decks that have several colors. Not only does it provide a mana of any color itself, but it allows all of your lands to tap for any color, which means you won’t have to worry about having one of each color out to cast our commander. I’ve added some redundancy here with Joiner Adept, which functions as a Chromatic Lantern on legs. I’ve also put in some of the best green ramp spells (Cultivate, etc.) and one infinite mana combo that can come in handy for doing big things. Pili-Pala + Grand Architect basically allows you to tap the former for 2 mana which can then be used to activate its untap ability providing a mana of any color, rinse/repeat. Having a good mana base helps as well, and that’s about the only thing this deck could really use otherwise is another pass at the land base. 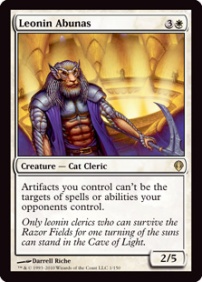 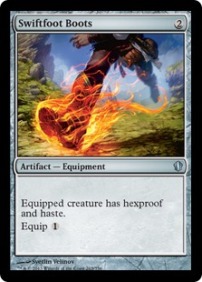 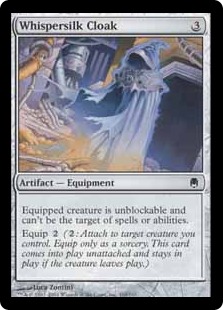 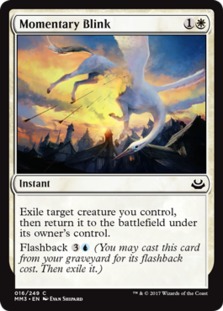 From experience, I can tell you that Reaper King himself draws a lot of hate. Playing him early might allow you to establish a board state, but oftentimes you’ll want to try and get some other pieces together before going all-in. Because he is a removal engine himself, you’ll want to try and protect him. Keywords like hexproof, shroud and indestructible will help, so I’ve packed a bunch of this into the deck. Padeem, Darksteel Forge, Indomitable Archangel and Leonin Albunas will provide one of these forms of protection not only for the commander but any of the other scarecrows in the deck and your normal artifacts too. I’ve also added a number of blink effects to the deck, which can be a boon in the event of an incoming boardwipe, and the two for one is that when the scarecrows come back to the battlefield you’ll be able to destroy more permanents! 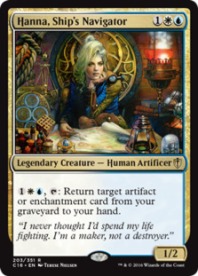 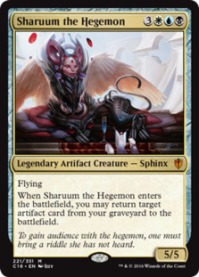 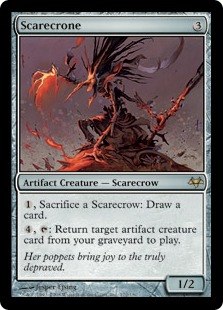 In the event that something doesn’t go according to plan (which it rarely does in multiplayer games) I’ve also packed in a fair amount of recursion. You do have the option to let your Commander actually hit the graveyard (to avoid commander taxes) instead of going to the command zone and can use things like Skeleton Shard to get him back into your hand. The same goes for any other creature/artifact that gets removed before you’re done with it.

I don’t really run land destruction in my decks typically, but it seems like something that is already baked into this deck (I also recently had all of my lands wiped from the board and now want to get some revenge). As Reaper King’s ability allows him to destroy permanents, this also means he can destroy land. If you control the board well enough, you might not have anything else to target. It’s likely though that this could potentially affect you in a negative way, particularly with Jokulhaups, which wipes the board clean of everything except enchantments. There are ways to protect yourself though, if you can get Darksteel Forge on the board, you’ll protect all but your lands. Regardless of your land-wipe decisions, you can always get all of your land back in one fell swoop, utilizing Splendid Reclamation! If you wipe their lands and get all of yours back in the same turn, it’s likely people will concede or you’ll be able to control the board from then on. This is pretty much the win-condition for the deck. 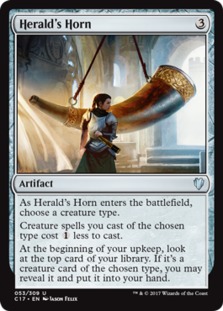 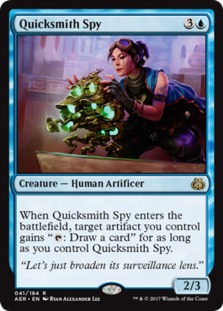 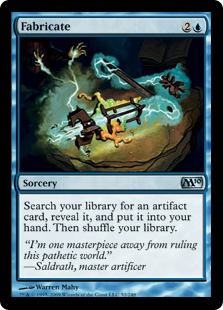 There is other utility packed in as well. Conspiracy and Xenograft are important additions, because as I mentioned most of the scarecrows really suck. However, changelings are useful and plentiful and because they count as all creature types, they automatically trigger Reaper King. I have added quite a few other random creature types as well though, so Conspiracy and Xenograft help make all of your creatures trigger Reaper King. Herald’s Horn is basically extra card draw, as is the Quicksmith Spy, and Panharmonicon will give you extra Reaper King triggers for added benefit.

There are a lot of ways this deck could be built, but this is what I’ve settled on. Overall I really enjoy the deck and think it’s one of the better ones I’ve created. If you run it, let me know what you think or what you’ve done differently!