Having finally completed the Bioshock trilogy, I had to start looking at other games in my backlog that I felt would be easy to strike off of the list. With most of these story-driven shooters, you can expect a completion time of around 10 hours, so I knew clearing them from the backlog would be much easier than some of the RPGs that I have collecting dust which can take 50-100 hours each. As such, the next game I selected to playthrough is The Order 1886. It’s a couple years old at this point, but was a game that I highly anticipated prior to its release. I have owned it for probably a year at this point, picking it up on some random sale. I’ve been wanting to play it for a while but needed to finish the project I was already working on. At this point I have started it up and played for a few hours, clearing the first few chapters.

The game has a very cinematic feel akin to experiences like Uncharted or The Last of Us. Cut scenes meld into game play and vice versa, bouncing back and forth without a noticeable change in graphic quality.

The game is split into chapters that feel appropriate in length. It’s one of those titles that autosaves between plot points and you’ll want to clear a chapter before quitting for the night. The storyline revolves around The Order, which is a paramilitary force that specializes in taking out rebel scum along with Lycans, which seem to be a plague on Whitechapel.

You’ll be working your way through said city, using cover shooting tactics and a variety of gadgets and weapons that seem very high tech for London in 1886.

Eventually you’ll meet up with Tesla (yes, that Tesla) and see a bunch of cool things that he’s working on. His rivalry with Edison seems to be a joke here, but I found it pretty hilarious. The real-world element makes the game feel more grounded. The gun play is still pretty standard, with enemies being bullet sponges to a certain degree. 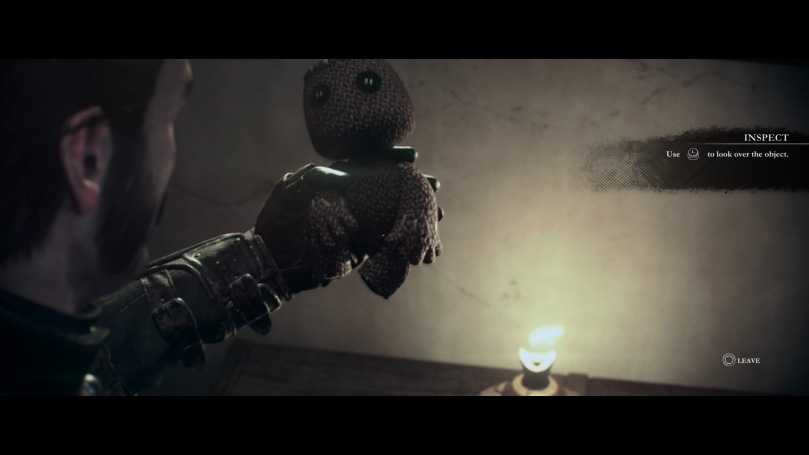 I thought this was a pretty cool easter egg, finding Sackboy from Little Big Planet hidden amongst other debris. Not sure if that was just an ode to another Playstation game of if the same company made both games, but cool nonetheless.

At this point I fought off a ton of rebels and made my way through the city to a point of distress, where a huge amount of lycans had taken over a building. I assume the next step will be to head inside and take them out. So far I’m enjoying the title, and I’ll return once I’ve completed it to share my final thoughts. Until then.