At one point or another on the Couch Podtatoes podcast we recorded an episode about collections, and at that time I was surprised to note that I didn’t really have anything I was actively collecting. I did note that I had a small amount of Green Bay Packers memorabilia, and that I had collected Comic Books and cards when I was a kid. Needless to say, things have changed!

Within the last couple of years I started buying League of Legends merch, whenever it was that they opened up their merch store. I started picking up some of the collectible figures that they were selling, which are comparable to Funko Pop figures, though a little higher quality and a bit more expensive (though some of the Pops out there go for large sums of money).  At that time I was still playing League of Legends regularly, though I haven’t played it in over a year at this point. Regardless, I found the figures to be something I desired, so I started off the collection with those. Later I was gifted a Funko Pop figure, and that started a new obsession with trying to pick up more of them. Lastly, my girlfriend discovered some of these die-cast metal Street Fighter figures and has nearly completed the set for me. All of these are present in this picture:

From left to right, we have Urf, Zed, Nautilus, Braum and my newest addition, Ziggs (these are the League of Legends figures). Then there’s the Power Armor from Fallout, Jace the Planeswalker from MTG, Spider-Man, William Wallace (Braveheart) and Jon Snow (GoT). Above are a set of Poros and a Lucian mini-figure (also from LoL). The Street Fighter characters are on top — Ryu, Dhalsim, Vega, Bison, Ken, Blanka, Chun-Li and Guile. On the shelf below, I have my small Green Bay collection: 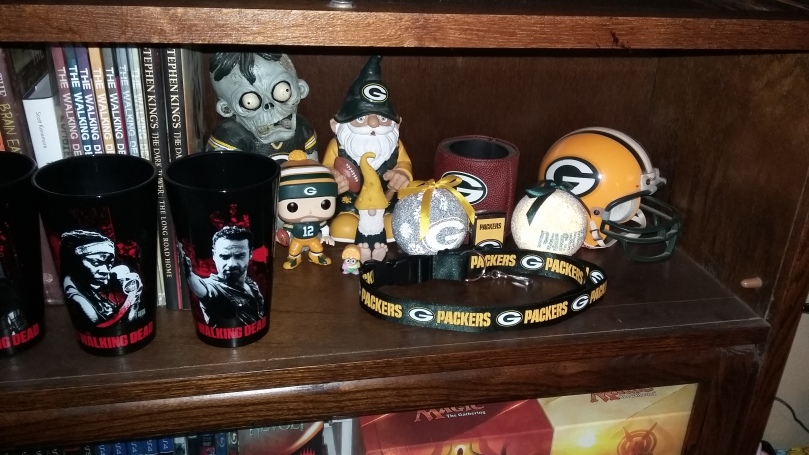 I’ve been getting Green Bay related gifts for years from friends and family, and have collated most of it here, with an Aaron Rodgers Pop, and other various figures and items. I do have a Jersey, hats and some wall hangings in the room as well. My girlfriend and I both have nerdy tastes when it comes to decor, so we have melded our interests together in our room and it’s become a home.

I also commissioned something extra for my room when I discovered like items online. My sister happens to be fairly crafty, and I set her to the task of making me some MTG Mana Symbols to hang on the wall. I purchased little wooden discs for her to paint which she did and the result was pretty amazing!

They look great on the wall, and the process didn’t take her too long, though I was pestering her for updates and she sent me pictures along the way: 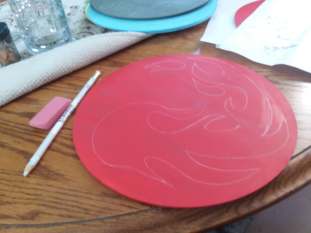 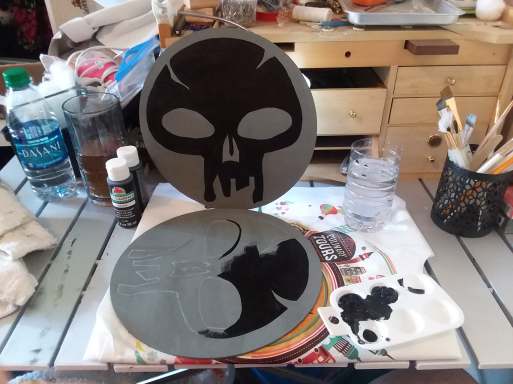 I also had her make another set for my roommate as he is also a MTG nut like me, and I figured they would look great in the garage where we typically play the game.

For a very long time I didn’t put much stock in finding decor or things that I would want to collect, but now that I’ve started I really enjoy it. These items don’t necessarily get used, but they do add life to a room and it’s cool to be able to show off your nerdy interests with pride. What sorts of things do you find yourself collecting as an adult?