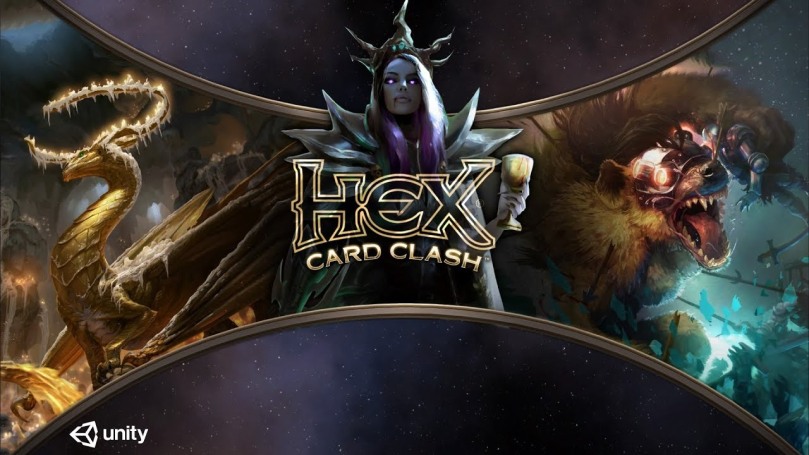 Hex Card Clash is a Playstation 4 port of the same game that has been kicking around on PC for a while. When it comes down to it, this feels very much like other Collectible Card Games that are on the market, and in particular this title feels very much like a digital version of Magic: The Gathering. The gameplay mechanics, the way the cards are designed, even the phases of each turn are more similar to MTG than any of the other CCGs that I’ve played (and I’ve played quite a few of them).

If you’ve played the Duels of the Planeswalkers titles that stretch back to 2012 or thereabouts, this will feel like the same game. It’s not a stripped down and simple version that depends on too much RNG like Hearthstone. It doesn’t have the differing lane mechanics that Elder Scrolls Legends came up with. And it’s not really comparable to any of the other CCGs I’ve played. It really does feel like MTG in digital form, so if you are like me and are still waiting for WotC’s newest iteration (MTG Arena) to release then this might fill that niche for the time being.

As I said, the cards are designed in a similar fashion and the turn sequences are literally identical to MTG. Keywords on the cards are different than MTG, but the function is the same. For instance, enters the battlefield triggers are called “Deploy.” “Quick Action” is akin to Instants. There are many of these types of mechanics that are identical but called something different. I have yet to see that many cards outside of the tutorial, which kept things basic, so I’m sure there is something here that sets the game apart, but I can’t help but feel that it’s still a good fit for MTG players that are looking for something new. It’s not Magic, but it will do.

Despite knowing that this is a CCG available on PC, I saw that it released for PS4 sometime recently and thought I’d give it a try. I haven’t really found a digital CCG that I’ve wanted to put time into, but so far this game feels like a good fit. It looks nice and it plays well. Despite using a controller to play, the controls were intuitive enough and I enjoyed what I’ve seen. I will report back with further thoughts once I’ve put some more time into it, but if you’re looking for a CCG to play on the console then this might be a good option for you. If nothing else it won’t cost you anything to check it out.