I’ve been wanting to build a mono-black deck for some time now. Mainly I wanted an excuse to purchase some of the cards that are excellent in the color, like Cabal Coffers and Urborg, Tomb of Yawgmoth to name a couple. I also already have mono-red (Krenko), mono-white (Sram) and mono-green (Yisan) covered. I’ll eventually get around to making a mono-blue deck as well but for now that’s on the to-do list. Unfortunately, there are only a couple of commanders in mono-black that rank high on the tier list, and those ended up being ones that I wasn’t overly interested in. One commander that I’ve always found intriguing and eventually decided to make my mono-black commander is Gonti, Lord of Luxury:

Gonti is a 2/3 for 4 mana with deathtouch. That alone is pretty decent, but his ETB trigger allows you to look at the top four cards of any opponent’s library and choose one to exile, which you can then cast at will and use any color of mana to cast it. So basically every time Gonti hits the battlefield I get to steal something from an opponent and don’t have to worry what color it is. That’s a great ability and though I’ve used Gonti in other decks to add some spice, I felt like he was good enough to build a whole deck around. So what’s our goal? Mainly we want to abuse Gonti’s ability as much as possible, which means adding ways to recur him, bounce him back to our hand to use again, and we’re going for being able to make big mana to spend on X spells to finish out games. Let’s take a look at some of the ways that black can really make a shitload of mana: 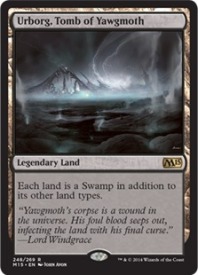 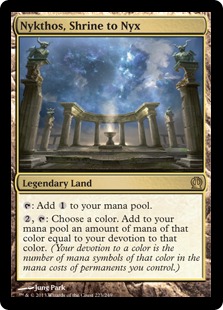 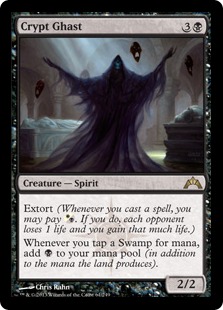 Most of the big mana producers are lands, but most would only really be effective in a mono-black deck, mainly because they rely on having basic swamps or Urborg, Tomb of Yawgmoth to make all of your lands into swamps. Cabal Coffers is the best example, as you pay 2 colorless mana and tap it to gain black mana equal to the number of swamps you control. Clearly these two cards play well together. Cabal Stronghold is a new version of the same concept, though it costs 3 mana to use the ability and only gives you mana equal to the number of basic swamps you control, so Urborg’s ability doesn’t help it out. It’s still nice redundancy, as is Nykthos, Shrine to Nyx which gives mana in the color of your choosing equal to your devotion of that color. I’ve also added Crypt of Agadeem which gives more mana equal to the number of black creatures in the graveyard. Further redundancy comes from Magus of the Coffers and Nirkana Revenant, which both mimic Cabal Coffers in creature form. Lastly, each time a creature dies with Black Market on the board = a counter on the enchantment. You’ll get black mana for each counter on it during each precombat main phase. If you get a few of these on the board you can make some crazy amounts of mana! But what are we using the mana for? 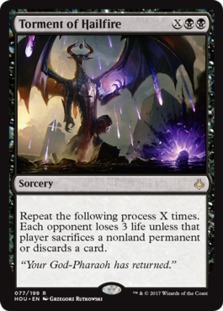 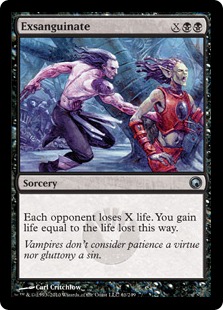 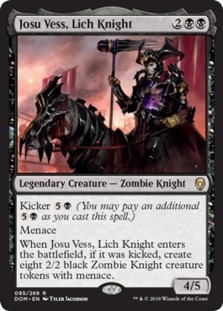 These are the main three spells we’ll want to target when we can make explosive amounts of mana, though being able to make a bunch of mana can be helpful in other ways. Torment of Hailfire probably won’t end a game but it’s painful to have to go through the process multiple times. Exsanguinate is a finisher for sure, as you do damage to all opponents and gain a ton of life in the process. Lastly, a new Dominaria card, Josu Vess costs quite a bit to kick, but when you do pay the kicker you get 8 2/2’s with menace along with Josu himself who is a 4/5 with menace as well. Outside of making big mana and having some finishers, your main goal will be to abuse black’s ability to recur creatures, and abuse their ETB abilities to try and control the board state, along with stealing people’s stuff! Here’s some of the best ETB creatures I’ve included: 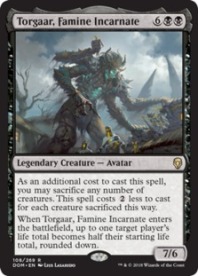 You’ll see that the main theme here is removal on creatures, either by forcing opponents to sacrifice their creatures or being able to destroy targets. Disciple of Bolas will make you sacrifice your own creature but lets you draw cards and gain life. Gray Merchant of Asphodel can do some big chunks of damage if you have the devotion, and Abhorrent Overlord and Grave Titan create tokens on entry. Lastly, a new Dominaria card called Torgaar Famine Incarnate causes an opponent to lose half their life at least and will definitely slow down life gain decks. The best news is that these creatures can be further exploited by using sacrifice outlets to then bring them back from the grave yard to use again and again. Let’s look at how we can do so: 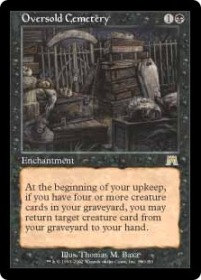 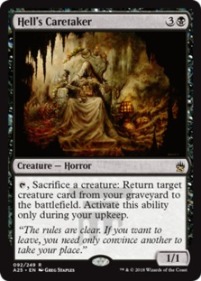 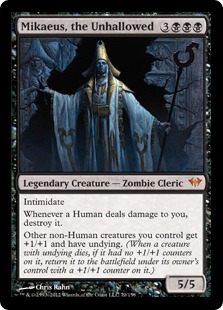 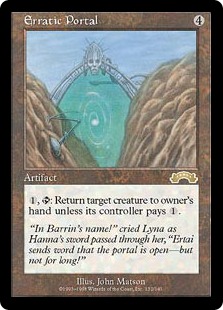 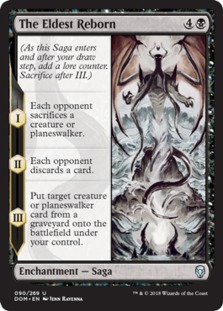 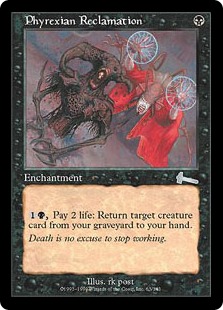 Graveyard recursion is pretty damn strong in black. Cards like Oversold Cemetery and Palace Siege will get you a card from your graveyard back to your hand each upkeep. Sheoldred will do the same but also makes opponents sacrifice creatures in the process. Hell’s Caretaker and Whisper will both allow you to sacrifice creatures to bring others back, and others here will return others to the battlefield just off of their ETB. Mikaeus is great in this deck because most of the creatures are non-human so they’ll get +1/+1 along with undying so if they do go the graveyard they come right back and the ETB’s will trigger again. Another trick is to bounce your own creatures, using things like Skull Collector and Erratic Portal. One forces you to return creatures to your hand each upkeep, the other is a paid ability so you can say target Gonti, returning him to your hand and then play him again to get another ETB trigger. I’m sure you can see where this is going. 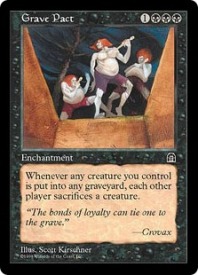 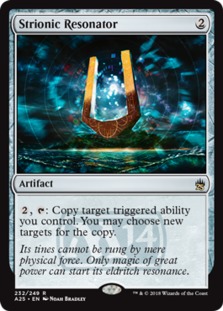 Otherwise I’ve added fun things like the cards above. Blood Artist and Zulaport Cutthroat will help to do some chip damage as you’re sacrificing creatures or forcing your opponents to. You can force your opponents to do so with cards like Dictate of Erebos and Grave Pact. I’ve also included Panharmonicon and Strionic Resonator so we can double up on some of our ETB’s and that’s about it. I’ve added a bunch of spot removal spells and a few board wipes along with some decent mana rocks to help things along. That’s about all there is to the deck but I think it will be a fun one to pilot!