The second episode of The Council released last Tuesday, and I managed to complete it over the weekend. Fair warning, there will be some spoilers in this post, so if you’re playing the game you might want to see things through before reading on.

Similar to the first episode, you’ll run around as Mr. De Richet still looking for clues as to your mother’s whereabouts, and performing various tasks in the interim. During the course of this episode however, some bad things are afoot, and your detective skills will come into play. We finally meet the owner of the island manor, and the final guest (the leader of Spain) arrives. One of the women you met in the first episode is brutally murdered, and what appears to be some sort of pagan or satanic ritual has transpired. You are charged with finding out who killed her, and at one point are able to give your opinion as to who might have done it. I threw one guy under the bus, only to need his help in getting out of a locked room later on. Further clues seem to point towards your mother’s involvement with thing going on around the island. 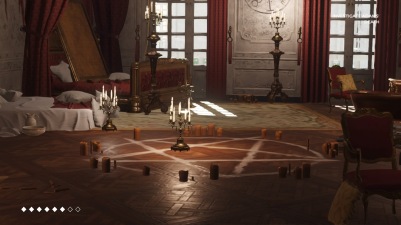 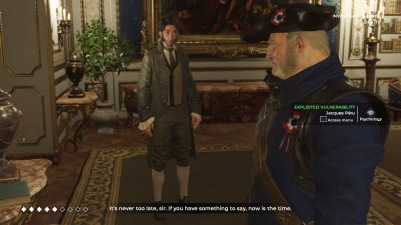 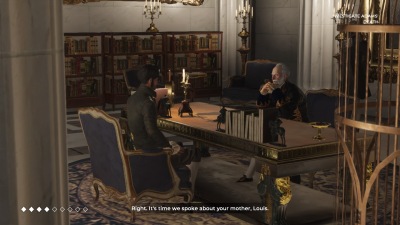 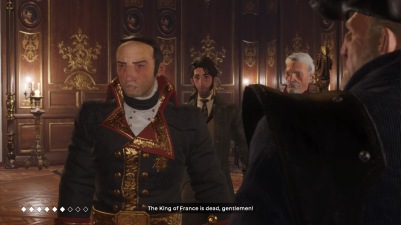 The gameplay is identical to the first episode, though my play through featured less confrontations during dialogue. Most of my time was spent examining the crime scene, questioning guests, and exploring the manor, including a portion of the exterior (garden) all the while picking up consumables and books to earn skill points, along with solving a number of different puzzles. At the very end of the episode, I had just opened an underground passage leading under the garden hedge maze, where I found the body of one of the manor’s servants. A cliffhanger ending, we’ll have to wait a while to see what happens next. Here were my results from the three quests in the episode: 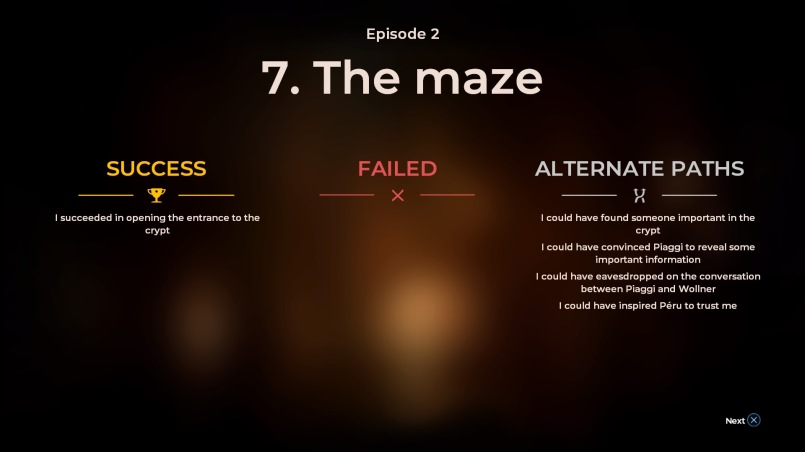 Overall I still really enjoy this game. It’s a little slow paced, but it is engaging in a way that most games aren’t these days. I look forward to the next episode!