Battlebond is the newest product from Wizards to be a sort of filler set between blocks of standard sets. Think of sets like Conspiracy (and it’s sequel Conspiracy: Take the Crown), where the set is sort of stand alone, introduces some different mechanics, and is meant to be drafted. Where this set stands alone is that it’s the first (to my knowledge) set to embrace the Two-Headed Giant format. This means four players make up teams of two and go head to head to head to head. You get the idea.

I like the 2HG format. It’s fun to have a teammate and multiplayer formats are definitely more engaging than the traditional 1v1 style. What’s great about this set is that not only is it embracing 2HG, but it’s also providing some excellent Commander format cards. Also, many expensive cards are receiving a reprint, and that’s probably the most exciting part. A little disappointing too though, as I just bought a Seedborn Muse for $25 about a month ago and that’s now being reprinted, but I’ve said too much. This week is spoilers week for the set which releases on June 8th. It hasn’t been fully spoiled yet, but I’ll point you in the direction of the spoilers. There are a few cards that I’d like to talk about anyway, so let’s get to that. 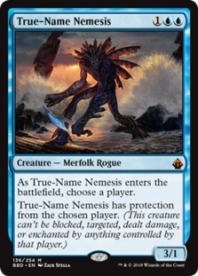 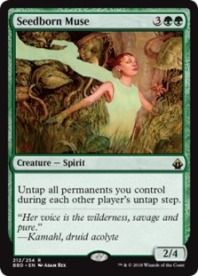 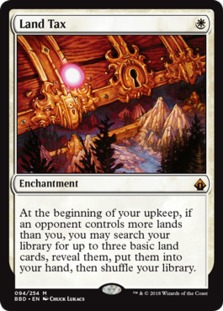 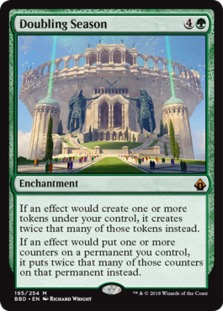 I recently sold off nearly all of my Planeswalkers recently because I decided against a “Superfriends” build as the cornerstone of the deck is Doubling Season, a card that spiked to upwards of $75. This reprint should bring the price down a bit, or I might get lucky and open one. Some other noteables are Diabolic Intent (an equally expensive Diabolic Tutor), Land Tax (great ramp for white and about $25), Nirkana Revenant (cabal coffers on legs and also $25), True-Name Nemesis (a nice tool for merfolk decks, but kinda busted 1v1), and the aforementioned Seedborn Muse. These are staples for EDH, and I’ll be aiming for getting my hands on copies of each. 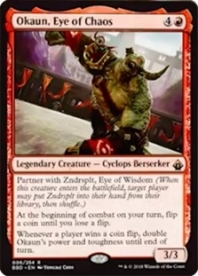 Partner itself isn’t a new keyword. There were partner commanders introduced in the Commander 2016 sets. Planeswalkers as commanders aren’t a new thing either, as that was done in 2014 I believe. However, Planeswalkers that can be your commander and have partner are a new thing. We’ve only seen the one pair so far, but I’m interested to see more of these. We also know that Commander 2018 sets will be led by Planeswalkers as well, so its likely there will be some good additions coming. “Partner with” is also something new, where the two legendary creatures will tutor the other out when one is played, which means they do double duty. There are several examples of these in the set, but I only wanted to highlight a couple. Another new keyword is Assist, which allows another player to pay a portion of a spell’s CMC, while the Support keyword has been revisited (this one distributes +1/+1 counters based on the number following the keyword). 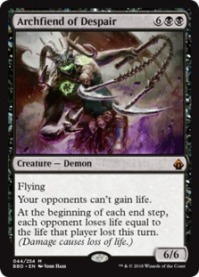 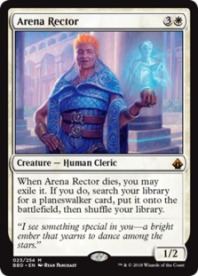 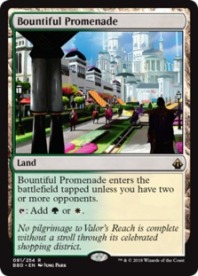 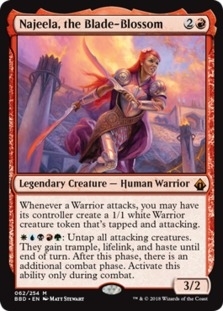 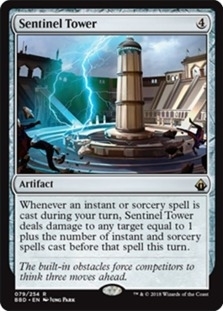 Archfiend of Despair is a reprint and is a nice card (might throw that one into Kaalia). Archon of Valor’s Reach is an interesting concept for a Commander. Arena Rector is great for superfriends or any deck playing a handful of Planeswalkers as PW specific tutors aren’t really out there. The new land cycle should be auto includes for EDH decks as you’ll always have more than one opponent. Najeela looks like a busted new general, and screams to be made into a Warrior tribal deck — best part is it’s 5-color, so you can pick the very best warriors and spells to support them. This will likely be a fresh brew for me coming soon! Lastly, Sentinel Tower feels like it can be busted, especially in spellslinger decks. Might have to try it out in Kess.

That’s all for now. I may revisit the topic when the set is fully spoiled, or once I get a new brew done. Until then, happy gaming!