I mentioned in my last post that there were two of the Commander 2018 decks that I’m interested in, and the other I plan to pick up is the Bant Enchantments set, “Adaptive Enchantment.” This is starting to feel like the sleeper deck in the series, and is easily the most versatile. Each of the four commanders in the deck are easy build arounds, though you probably will want to use cards other than what’s included here. Once again I’m not building the Planeswalker straight off the bat, but I do feel like she has potential and I’ll have a brew for her soon enough. 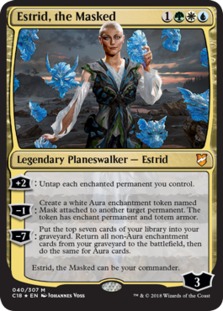 When I first gave the deck a once-over I was leaning towards building Kestia, but I’m not interested in a heavy aura focus because I’ve brewed two different Voltron decks and it’s such a similar idea. I am however including plenty of enchantment creatures in my build so I’ll still get card draw off of her given the chance. Estrid was disappointing to me at first, but I’ve found that I really want to find some busted combos for her, and I’m already well aware of her interactions with The Chain Veil. Arixmethes looks like a great ramp/beater (krakens and leviathans and octopi, oh my!) commander as well, which I might brew at a later time. Based on my first impressions, I’ve found that the commander I wanted to build the most is Tuvasa the Sunlit:

Tuvasa is a 1/1 for 3 CMC (bant). Not too impressive, but a cheap casting cost means an early start to the gameplan. She gets +1/+1 for each enchantment we control, which means she can be huge by the mid game. Bonus, when we cast our first enchantment each turn, we get to draw a card. So, Tuvasa is a Argothian Enchantress (draw a card for playing an enchantment) and also a Yavimaya Enchantress (+1/+1 for each enchantment you control). Two very nice effects that have synergy with the rest of the deck, and can stack when using nearly all of the other enchantresses that have been printed, and we have most of them! 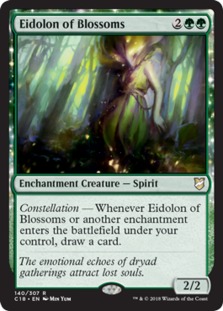 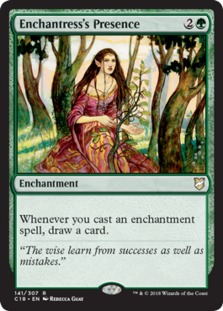 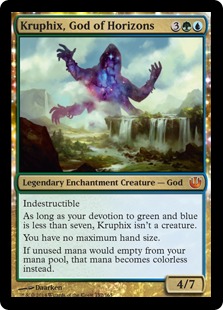 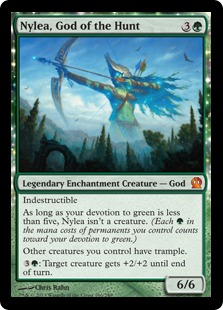 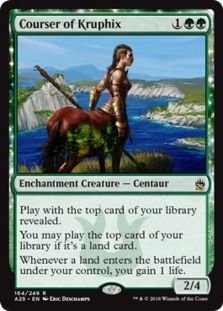 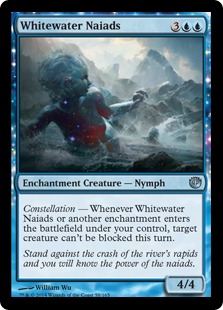 Kestia herself is an enchantment creature along with having the bestow ability allowing you to make another creature even bigger. She’ll always draw you a card when she attacks, but if our other enchantment creatures attack as well, you’ll draw a pile. Many of the best enchantment creatures are Gods, so I’ve included most of those that fall in our colors, and each come with their own set of boons. Ephara will draw us more cards, while Karametra ramps us and Kruphix keeps our mana pool from emptying. Gods are all indestructible and have solid bodies for their costs, but can’t attack until you have a particular devotion to their colors. This shouldn’t be an issue with the number of enchantments we plan to put out onto the board! 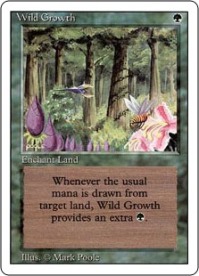 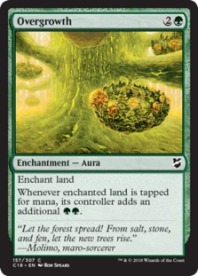 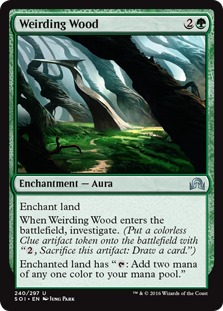 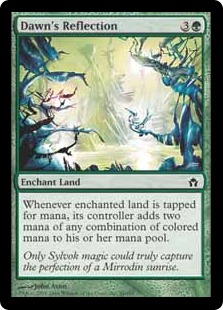 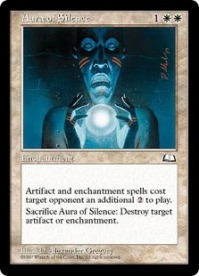 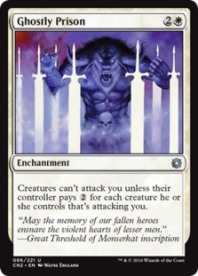 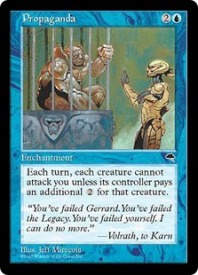 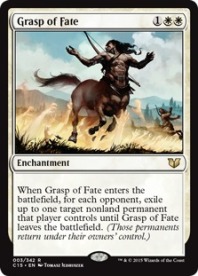 Most of our global enchantment package is aimed at ramping us and removal for our opponents. Some light pillowfort effects like Propaganda, Ghostly Prison and Frozen Aether will slow down their attacks. Sterling Grove protects our investment, but can also be sacrificed to tutor up an enchantment, and Estrid’s Invocation can be busted if you copy the right enchantment with it. Our real aim though is to use our Enchant Land cards to create a big ass mana pool, casting enchantments to draw more cards and cast more spells more efficiently and rapidly than our opponents. This brings me to our win conditions:

With enough enchantments on the battlefield, Starfield of Nyx can win the game. Not only is it turn by turn recursion for enchantments, but it also turns all of our non-auras into creatures and help with a go-wide win. Alternatively, with Heliod and enough mana, we can pump out a ton of enchantment creature tokens, beefing up Tuvasa and use Thassa’s ability to make her unblockable taking out a player with commander damage. Do this enough times and you’ll win. Nylea’s Colossus can expedite this by giving Tuvasa double strike. You can also steal someone else’s big beater or use Corrupted Conscience on Tuvasa to give her infect and start eliminating targets. Lastly, using our ramp package above in conjuction with Krosan Restorer or Ley Weaver to tap and untap lands for a large enough amount can end a game with a high X-cost Hurricane. I’ve tried to provide options and flexibility but of course this is still just on paper at this point as the decks aren’t quite out yet.

Helping things along are a suite of tutors and recursion to allow us to search for a creature or enchantment that will help us out of a bind, or pull permanents back out of the graveyard to use again. I believe this deck will be fairly competitive in casual circles and is still relatively budget. Estrid on the other hand will likely be the only high tier commander from the set, and I look forward to trying to break her. That’s all for this time, but you can see the full decklist here.