Tooth and Tail is a game that I first saw advertised on Steam. I was a huge RTS fan as a youth, and although I’d say my interest in the genre has waned, I still enjoy the concept. I ended up buying my copy at some point during a sale on the Playstation store, and despite usually thinking RTS style games would be best played with mouse and keyboard, this one is simplified enough to work well on a controller. Graphically it’s pixel art, but elegant enough in its simplicity. The action is pretty fast yet feels easier to keep up on than most RTS games I’ve played — there’s less micromanagement. The story goes that sentient animals are tired of eating grain and want to eat meat, so they kill other factions to then eat them. I guess it’s cannibalism, but they’re rolling with it. There are four factions according to the lore, but thus far I have only played as one and met a second. I’m not sure what part the others play but that will be revealed. 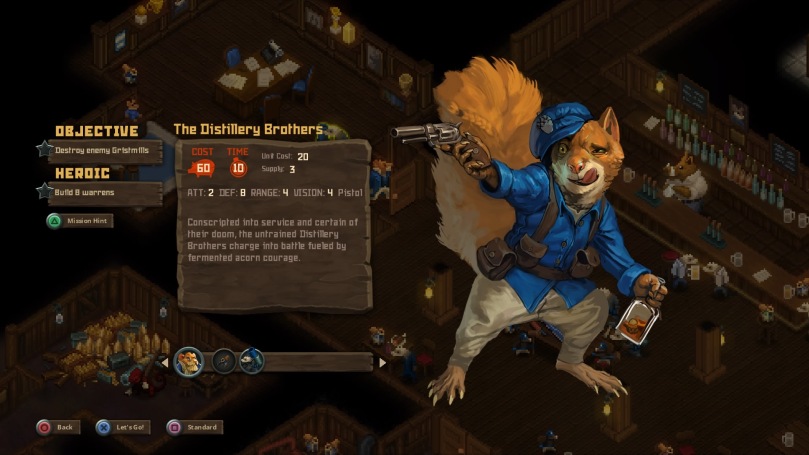 After a short tutorial that directs you on how to use your general to rally troops, tell them to back off, or give individual orders to specific unit types, you’ll then learn how to claim and build buildings. You use your commander to do all the things, but this keeps you from having to jump all over the map to control individual groups. 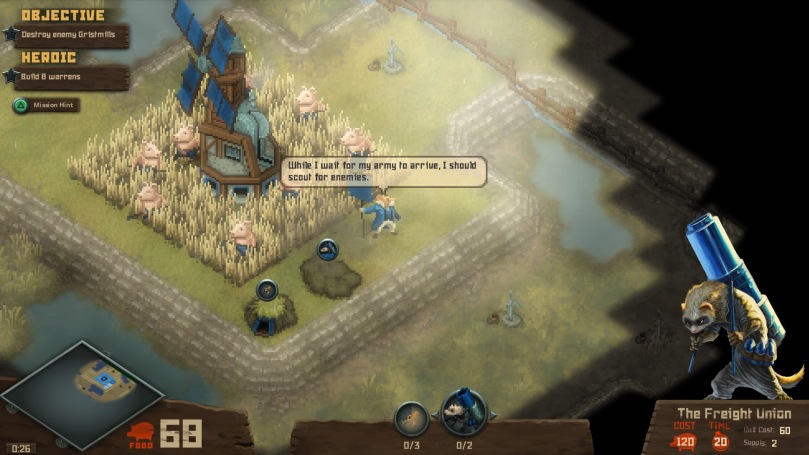 During the campaign, new levels of depth are added as you progress. Generally, on most maps you’ll plant farms to feed your soldiers, build spawning buildings that make the different units, and then attack the enemy faction’s bases to capture them and eventually control the map. 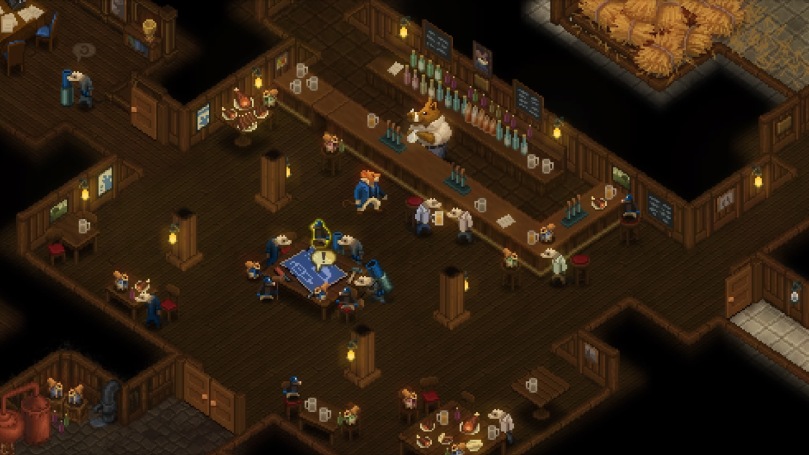 In between battles you be able to explore this tavern that has various bits and bobs to read and NPCs to chat up. You’ll get your next mission from new characters each time. 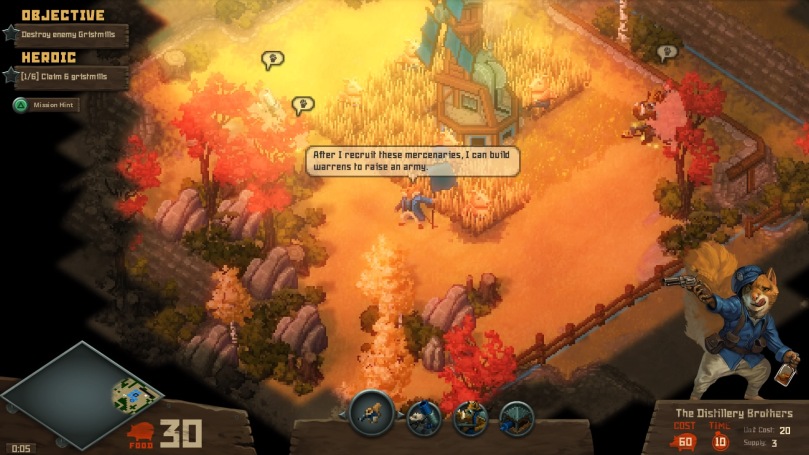 On some levels you’ll recruit mercenaries that will help defend you as you build up your base. Each level has a win condition and then a “heroic” goal that will gain you an additional star rating. I assume this is some sort of gating or perhaps just a goal for trophies. I’ll figure that much out sooner or later. 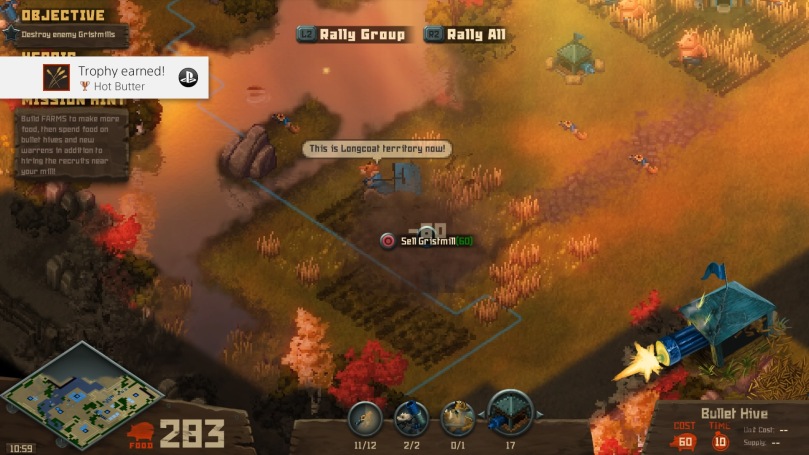 Overall it’s a game like many others, but it has a certain charm that appeals to me. Outside of the campaign there appears to be a multiplayer skirmish mode which is probably where the real fun lies. If I’m not mistaken this multiplayer is both local and online. I’d recommend it if you’re looking for a jump-in, jump-out strategy game. It’s fun in short bursts, and it’s definitely worth the price if you can get it on sale.