I knew it was coming, but it surprised me to find out that the last season of Telltale’s The Walking Dead was upon us. I guess I never really paid attention to the release date. I hurriedly picked up my copy of episode one of this four episode final season, and played through it ASAP. We’re seeing Clementine’s journey come to an end, and there was a beautifully rendered introduction that allowed us to relive key parts of that journey. It’s been four separate games and a number of years since this adventure began, and though I am sad to see it beginning to come to a close, it will be interesting to see where this little girl turned fierce woman ends up. Picking up where The New Frontier left off, Clementine had been reunited with AJ once again and were back on the road. Our story follows them scavenge for food when of course they come across trouble. They end up in a school run by kids and find a rather tight knit group — though something doesn’t seem quite right. 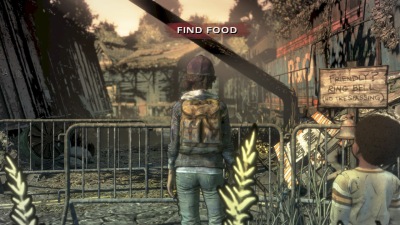 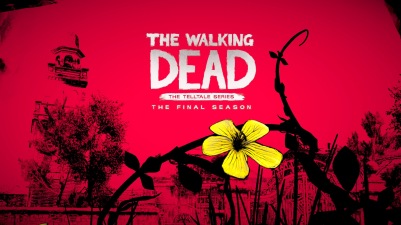 The graphical engine is a bit more refined than I remember in the last season, but for the most part the game plays the same as others. I felt like there were more action oriented combat sections, but there were plenty of slow dialogue-filled scenes as well. I won’t completely spoil things but the results of my season will. You should probably avoid the next screens and my reasoning to follow if you haven’t played this game yet.

The major choices in this episode were varied. I chose to kill the couple in the train station to get the key off of one of them (they were both walkers at this point, when they were still people they poisoned themselves). Otherwise I could have chosen to send AJ into the room behind the locked door, but I didn’t want to send him on his own. I was with the majority of players on this. I didn’t go with the crowd on the next choice, which was whether to hunt with Aasim or Louis. Louis seemed to try to hard to throw himself at Clem so I went the other way. During our first night at the school AJ insisted that he sleep under the bed. I told him he didn’t have to but he begged so I let him. Looks like most people convinced him to try the bed (side note, he sleeps in bed on the second night). Later, we go back to the same train station where shit went awry the first time around, and Clem is confronted by a raider who wants the same food we had come for. I chose to push his ass out the window for walkers to feed on. Fuck that guy. Lastly, during the final confrontation with Marlon, I chose to petition Violet to help me out, and she came to my aid. AJ took matters into his own hands, though.

This season was different from all of those that came before in that there were some missable trophies and I didn’t realize that until I completed the chapter. There are a few collectable items, and certain dialogue choices that lead to trophies that I missed. As disappointing as it would be to have all the Platinum trophies for this series and miss out on this one, I’m not sure I want to go back and play through to find them all. I suppose if I do I will do so before the next episode releases so that I can be more mindful of this the rest of the way through. Either way I enjoyed the episode and The Walking Dead is still my favorite of Telltale’s series. Let me know if how your episode ended up, if you’ve played.