Being famous for games like Candy Crush Saga and Farm Heroes, it would be safe to say that I haven’t been too interested in titles that King has produced. The last time (and only) time I’ve talked about the company was back in 2015 when they were acquired by Activision/Blizzard. Having written them off completely, I was surprised to find they released a new title this month, and I was intrigued because not only is it a Match-3 style of game like many of the titles the company has already produced, but it also mixes in RPG and “gotta catch em all” elements. If you’ve every played a game like Puzzle Quest or Gems of War you’ll sort of know what to expect. The game in question, is Legend of Solgard. 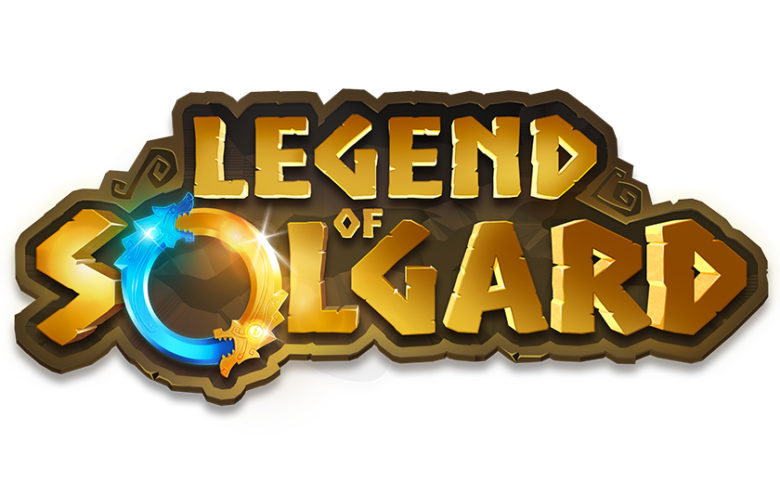 I really learned to love this style of game with Puzzle Quest 2, a game that was gifted to me way back in my early Steam days. It differed a bit, because the battles were you against a single enemy and the gems you would match would correlate to attacks or spells you could cast. When the battle ended you’d move around on a map until you hit the next encounter. It was a fun game that I spent a lot of time with nearly a decade ago. The same company made other games in a similar vein, Gems of War being one of the newer iterations. I believe they were also responsible for the Marvel and MTG puzzle quest games, but I’m uncertain and too lazy to look at the moment. Another cool game in this genre was Ironcast, which made the match-3 correlation by powering your Steampunk Mechs actions. This game is similar enough to these titles I’ve mentioned but does it’s own thing pretty well. 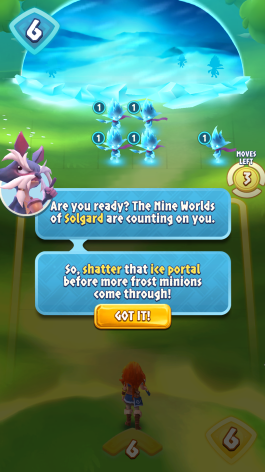 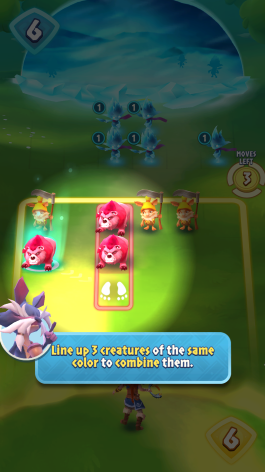 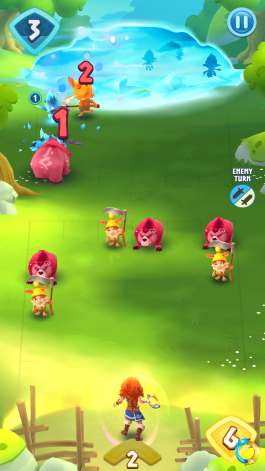 The tutorial explains things well enough, but if you’ve played similar games you’ll be able to jump right in quickly. You’ll start each match with a variety of unit types that match up with one of the four basic colors that comprise your bestiary. Matching at least three of them puts them into an attack position, which occurs after you use your three moves. There are lanes in which your creatures (and the enemy’s creatures) inhabit, and they will attack in a straight line (unless an ability allows something else to happen). The goal of each level is to destroy the portal on the enemy’s side of the screen, and you’ll have to break through their defenses to do so. 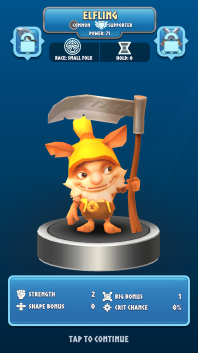 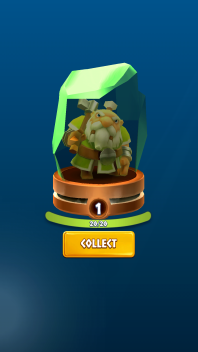 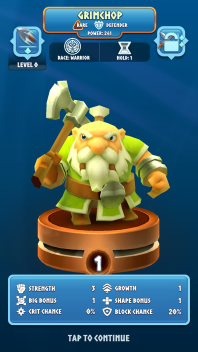 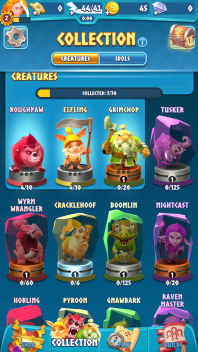 The four colors are red, yellow, green and purple. It seems that each type correlates to a sort of class system, but I haven’t dug deep enough to confirm that. The red creatures seem to be melee, yellow are swift, green are defensive and purples are magic oriented. You’ll start with a few and open others eventually, as each match rewards you with gems that eventually unlock the new creatures. Those same gems will also upgrade your existing creatures and as they are upgraded they get abilities that change what happens when they are merged into their attack position. Most of the time this is an ability that triggers upon merging, and usually with shoot something either directly forward or at a random spot on the enemy’s side. Your player character also gains experience and unlocks abilities, the only one I’ve seen so far shoots a spear at a random enemy. 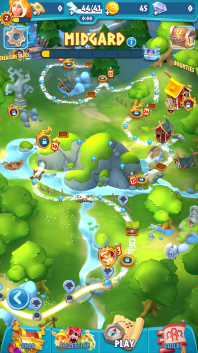 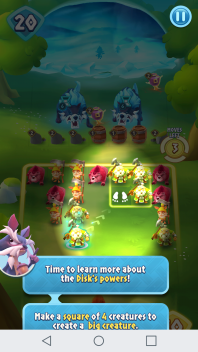 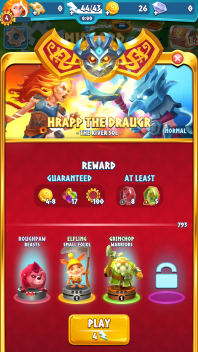 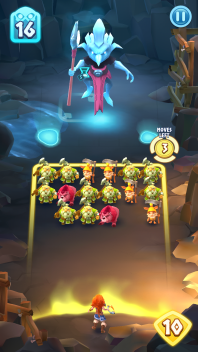 The campaign map is rather large and I’ve completed 25 or so levels. Most are pretty straightforward, but occasionally you’ll come across a boss fight, and those are a little more challenging. You’ll also eventually open up other Match-3 mechanics, like making t-shapes, squares and horizontal matches that produce different effects. They have been pretty good at keeping things simple and adding new mechanics sporadically so people who have never played this sort of game should be able to adapt quickly. 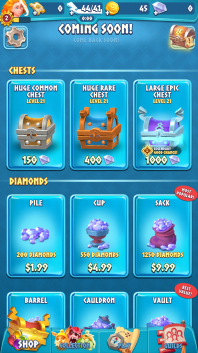 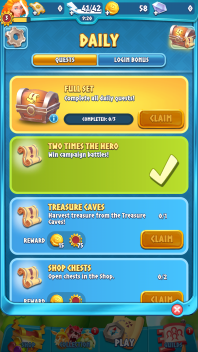 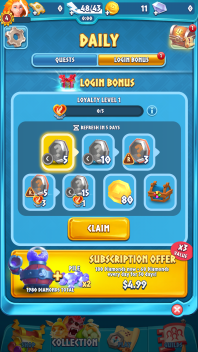 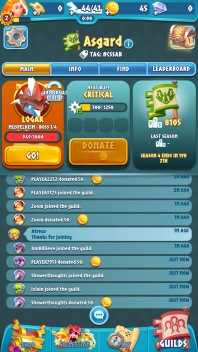 Of course being a mobile game, there’s a cash shop. Hell, these days it doesn’t matter if it’s even a mobile game, there’s usually some form of microtransactions so we’re used to this. It doesn’t seem necessary to buy anything, but I guess if you enjoy the game and want to throw the devs some coin there’s nothing wrong with that. There are chests, gems and gold to buy so similar to what you’d expect out of other games (Clash Royale offers the same sort of thing). There are also daily quests that are easy enough to complete and give you gold/xp and chests. A daily login bonus usually provides the creature gems and upgrade dust (used to level up the beasts’ abilities). There is also a guild feature. I joined a random one and am not sure of the benefits as of yet. There is a gold donation option which looks to give all clan members bonus stats, and there are guild boss fights but I’m not high enough level to participate just yet. 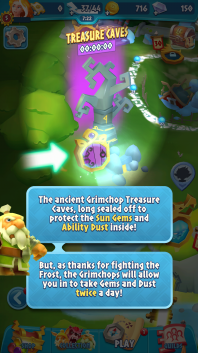 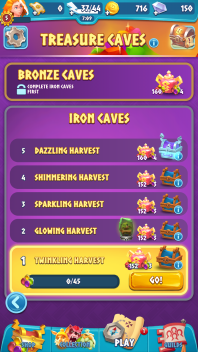 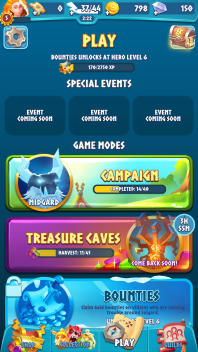 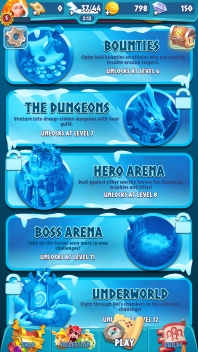 This would probably be enough to keep the game interesting, but King went ahead and added additional layers. At a certain point you open up the “Treasure Caves” which is a zone that is filled with jars and coffers that contain loot. You make the matches and attack those containers to break them open and grab the goodies inside. No challenge, but a nice way to level things up, though you can only do so a couple of times a day. There is a whole screen full of other game modes that are fairly self explanatory but don’t unlock until a higher level. I’m sitting at level 5 at the moment and am about half way through the first campaign, so I’ll get to these bits eventually. I’ve been liking having additional games to play on my phone outside of Clash Royale, and am surprised that I found something else that has kept my attention. I’d recommend it if you like Match-3 games, it’s quick and fun!

2 thoughts on “The Legend of Solgard”