August is quickly drawing to a close, but due to Blaugust Reborn, I’ve had to write more posts and that means playing more games to have things to write about! I’ve touched on a bunch of smaller titles that I’ve been playing in spurts, and in nearly all of those that I’ve talked about this month I’ve made some progress worthy of a round up post! Today, we’ll be revisiting games that I’ve been playing through August along with some other titles I’ve talked about but haven’t written that “this game is complete!” post for yet. With that said, we’ll be touching on Battle Chasers: Night War, Fallout 4: Far Harbor, Questland, Chasm, and one other game I haven’t talked about yet, Pacman Championship Edition 2. Let’s get started, shall we?

One problem with trying to play a bunch of new games so that you have something to write about on your blog is that you don’t really make much progress in any of them. I’ve subscribed to this play style for a number of years now, as I haven’t committed to a single game (like an MMO) for years and the last one I did play super regularly was a MOBA (League of Legends). For the past year or so I’ve been focused on clearing my backlog, but have also sprinkled in some new games that I’ve completed as well. Battle Chasers is a game that I picked up quite a while ago, but have been plugging away at here and there in my spare time. The last time I talked about it, I had recently finished up a couple of the early dungeons. Since then, I’ve picked up the final two members of our group (one that was on the airship with us at the beginning and another guy who is the descendant of someone who has defeated this world’s evil in the past.

As JRPGs go, this one is reminiscent of the greats from the 1990’s. I haven’t played a more modern JRPG that plays like those of old but has the nuance and polish of today’s games. Most of the time they feel lifeless and uninspired, whereas Battle Chasers has a charm about it that really speaks to the source material. There isn’t too much in the way of character building which is a bit of a disappointment, but it’s got a decent storyline (it’s still the hero’s journey at its core) and the artwork is fantastic. I’ve explored a large portion of the map at this point and would suspect that I’m either at or just past the halfway point of the game. I’m hoping to be able to complete it before the end of the year at least.

The other RPG I’ve been playing here and there is Fallout 4. With Fallout 76 coming in a couple of months, I wanted to clear the DLCs for the game. I completed Automatron back in June and have been playing Far Harbor as of late. Wanting to complete this and the Nuka World DLCs before the new game is out. I’ve explored a large chunk of the island at this point and I’ve been enjoying it. I do have one complaint though, and that is that the island feels sort of lifeless. It’s not that there aren’t mobs to kill and people to talk to and a good number of locations to explore, but it feels like there’s more open space and less stuff to loot in buildings. I’ve poked my head into most buildings I’ve come across and have found that a good majority of them have been barren. This probably comes down to production costs and it is a large chunk of land to populate but for paid DLC it feels a little sparce. The story is good though, and it’s interesting to see how other parts of the world have progressed as you were pushing through the main story. 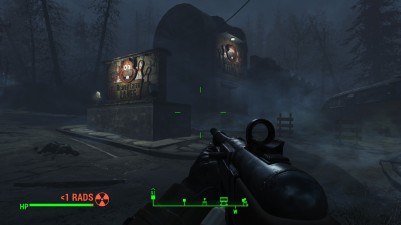 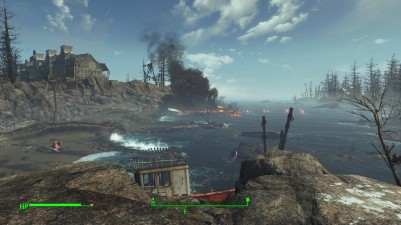 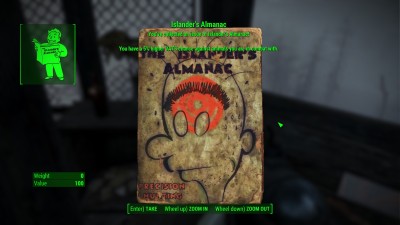 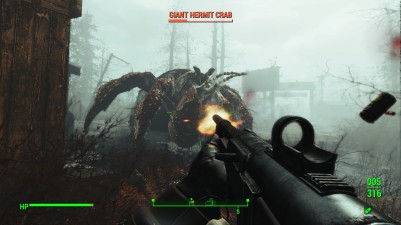 My recent adventures on the island have been doing side quests for the residents of Far Harbor. One lady has been obsessed with revenge for wrongs done to her, which lead me around killing bandits and wild beasts. Another quest ends with a battle with a Mirelurk Queen, which was a really difficult fight back on the mainland, but not overly difficult here (probably due to my level). I’m nearly level 40 at this point and progress has been swift. I’m looking forward to seeing how this storyline ends and of course finishing up the final DLC as well.

The mobile game that I talked about a week or so ago, I’ve still been playing it daily. It’s the closest thing to an MMO or ARPG on my phone that I’ve played. It’s not because it has those types of gameplay, but more that it has the same sense of incremental progression. You’re mostly looking at a series of menus but you get the same effect of upgrading your gear a little at a time, applying orbs and upgrading them and micromanaging your inventory. Crafting has become more involved, I’ve joined a guild and have opened up the PvP arena which is an interesting concept. 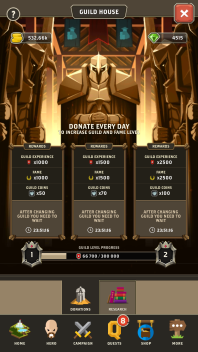 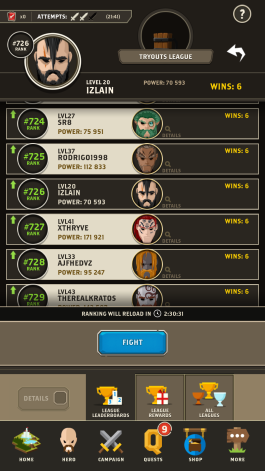 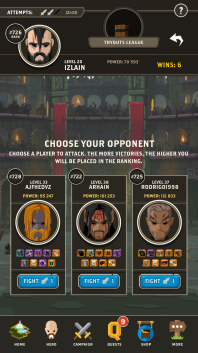 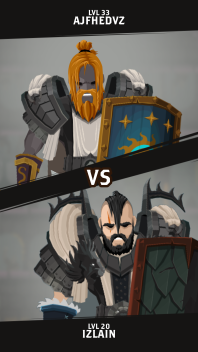 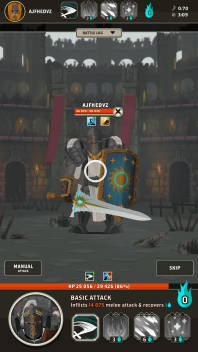 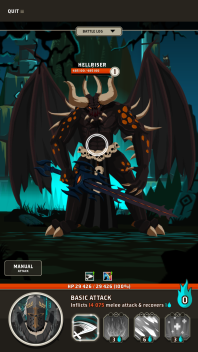 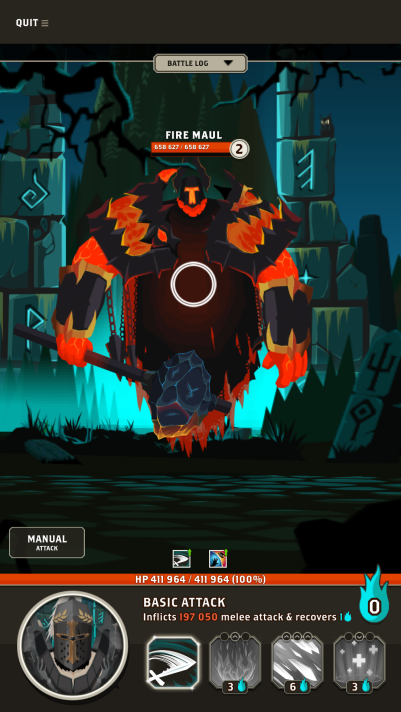 As you progress through the game and these new modes open up you have a flood of things to do each day. There are daily tasks, donations to make, crafting to do, events to participate in and PvP battles to get to. PvP is interesting because your opponent’s character is controlled by the AI rather than the player. You can be attacked without being in-game. You’re given a selection of players to attack and should aim for someone with a power level similar to yours. I’ve had enough success to promote to the silver tier, but most of the players anywhere near me on the leaderboard have more power than me so I’m kind of stuck without leveling up. The weekly events are interesting as well, as they allow you to use particular items with multipliers on them on a separate page that essentially multiplies your power level. Then you fight through a special campaign and fight special bosses that are huge. It’s satisfying to see those multipliers in action! I’ve also pushed through a large portion of the main campaign, along with a large chunk of the difficulty 2 levels. It’s a fun game and I think I’m going to stick with it!

I wrote about Chasm earlier this month as well, and I’ve made forward progress with it. At that point I had just found a special item that allowed me to traverse areas I had not been to (Spiked Gloves) and had just finished up the mines and wound up in the catacombs. At this point I’ve found two other areas of the game, the Gardens and the Keep, though in the Keep I wasn’t able to make much progress as it seems there’s probably an item needed to get further. Ditto the Gardens, it appears there are some underwater areas but I can’t swim down into them yet. I did grab another special item (Shin Guards) that allows me to slide, so I cleared out a few old hidden areas with that and am working further into the Gardens.

The boss of the Catacombs was rather difficult but I managed to down him and also rescued the blacksmith and found his hammer. Each character rescued populates the town but each also has a side quest to find particular items that end up helping you out in the process. One vendor sells potions and you can bring her back recipes to make others. Giving the blacksmith his hammer opened up the ability to craft items with some of the materials found in the dungeon. I’m sure there’s more to find but so far each addition has proven its worth. Being partially procedurally generated means that the puzzles are always unique (which means looking them up doesn’t really help) and your experience may vary from mine but that also gives replay ability. As Metroidvanias go this one is up there towards the top of my list.

I looked through my archives and couldn’t find any posts about the first game, but I remember during the 2014 or 15 NBI where me and Doone were competing for hi-scores in the first game. I just happened upon the sequel here and it changes things up a bit. The first Championship edition was vastly different than normal Pacman because instead of just collecting all the dots and power pellets in a level you have predetermined lines to follow and ghost mechanics are different. This game has taken that altered formula and changed it further. It’s hard to describe with words, but if you enjoy Pacman and variants, you’ll probably like this one too. 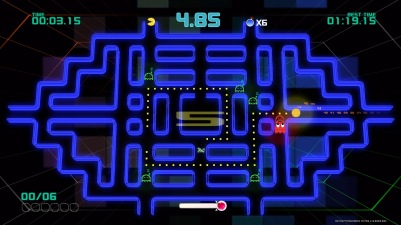 There is a ton of customization available to get the look just how you like it. Besides a tutorial that will get you up to speed with what’s changed, there are also score attack and adventure modes. Adventure mode doesn’t open until you’ve cleared a few score attacks, and that’s really all there is to it, besides trying to get S ranks on all the levels. I did just that with the first game, so I’m sure I’ll eventually do the same with this one. That’s really all there is to say, it’s a fun little diversion.

And that’s all for this week’s round up. Happy Gaming everyone!