Blaugust has come and gone and I managed to complete the challenge, posting 31 times in August. As this sort of schedule is not something I am used to, usually averaging about 3-4 posts per week, I’m glad that it is over. That’s not to say that I didn’t enjoy myself, despite having two surgeries and an overall busy month with the child going back to school and whatnot. It was a blast to find things to write about, to read so many awesome posts from the resurgent community, and to have something of a milestone to reflect upon once again. Not having any community event happening for more than a year, it was nice to have this sort of connection to the wider set of bloggers out there, new and old. Many of us have been doing this for so long that we sort of forget that there are other people out there putting in the same sort of work. I salute you, fellow bloggers, and hope to see you again next year, as Belghast has already alluded to another round in 2019.

It was Labor Day weekend here in the States, and as such I took the time off from writing (or thinking about writing) to play some games. I’ve dipped my toes into Destiny 2, and played some more ESO over the weekend. I also went to the theater for the first time in months and saw The Happytime Murders, which was a good time and the first date night I’ve had with my lady in a long time. Plus, the spoiler season for Guilds of Ravnica (the next MTG expansion) has begun, so I’ll be jotting down some thoughts I have on these things and will get some more posts out this week. We’ll be back to a more normal (for me) schedule so don’t expect daily posts anymore, but I’m going to try and keep it fairly regular nonetheless. 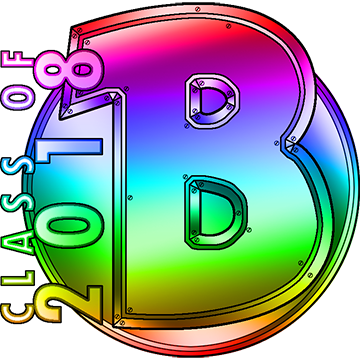 There were a fair amount of awards given out for this event, and having completed the challenge I’ve earned the “rainbow badge” which I’ve displayed on the sidebar as well. Belghast has a great tabulation of the month over on his blog, and a bunch of other people have been doing their round up posts as well, though I’m feeling a bit too lazy to compile stats at the moment. Rest assured that I had a good month in terms of views, likes and comments and I’m happy with that. Here’s to doing it all over again next year!