Wow, what a week one that was. I only managed to catch the Packers game because I only had the one day off this weekend and had other things to do, along with watching the NALCS Finals. Thankfully that ended in a swift 3-0 sweep from Team Liquid and was over about an hour before my game’s kickoff. Early on things were not going so well. The hype train of Khalil Mack was ridiculous and Cris Collinsworth wouldn’t shut the fuck up about him. He looked good too, getting some ridiculous stat in the first half. They shut us out, they injured Rodgers, Deshone Kizer didn’t look spectacular, and all hope was nearly lost. But then… 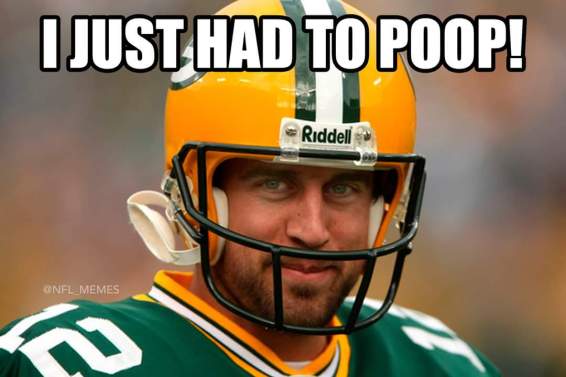 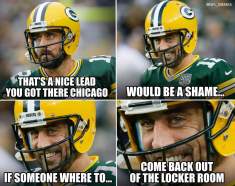 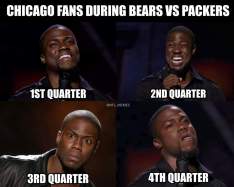 It ended up being a hell of a performance on one good leg for Aaron Rodgers, and the Bears couldn’t do shit about him winning the game. The two mistakes they made were not fully injuring Rodgers, and also giving him 2:40 only needing a touchdown for the win. A 75 yarder to Cobb nearly sealed the deal, and the defense gelled at the right time to stop any shenanigans. What a game! Let’s see how I did in my predictions last week:


Not a terrible week, considering week one is probably the hardest to pick given all the changes happening every offseason. Officially 10-6 on the season, which is a good start. Let’s see if we can use new information to make better selections for week two!

You’ll notice some close scores there. Beyond a few outliers, there were mostly close games last Sunday and I expect that trend to continue. I also had a hard time picking my team to win versus the Vikings, because they are likely one of the toughest teams we’ll face all year — twice. I have a feeling it will be a close game, but I put my Packers on top because that’s basically required. However, this all definitively rests on whether or not Rodgers is playing. No information has come out yet if he just had a sprain, or if there’s a more serious knee injury going on. My original fear was that he had a torn ACL, but when he came back on the field (likely injected with pain killers and wearing a brace) things seemed less serious. The fact that they aren’t saying is probably strategic, but at the same time I’d really like to know if this is going to be a thing this season. Time will tell. I’ll be back next week to go over scores once again.