Over the weekend I was able to get some gaming time in, and as regular readers will note, I jump around between titles pretty regularly. Sometimes I’ll try something out and it won’t stick, but I’ll jot down my thoughts and move on. Other times I have a bunch of games I’m interested in playing at the same time, so I’ll spend a little time here and a little time there. Recently, the games I’ve been focused on are Destiny 2, Fallout 4 (DLCs), ESO, and Burnout Paradise Remastered. There are a few other games I’ve been tinkering around with, but these are the four I’m focusing on talking about today. So let’s dive in.

I realize that I started playing this game a year after everyone else, and I realize that the only reason I’m now playing it is because it was offered for free. Still, I honestly can’t figure out why it was so universally panned when it came out. I know there were plenty of people who were still playing it regardless of the negativity, but when it comes down to it, in its current state it doesn’t feel any different than the original game. Truth be told, I didn’t delve too deeply into the first game. I had one max level character and finished up the main story plus DLC stories but I didn’t do every single quest, I didn’t play crucible and I didn’t raid. So probably I don’t know what I’m talking about.

With that said, it’s still a great game. There’s something about melding first person shooter gameplay with RPG elements. I absolutely love this style of game and I should have just picked this up way back when. I’m glad I didn’t have to pay money to play it, but I am looking forward to getting through the rest of the game and picking up the DLCs as I go along. Here’s hoping that they stretch this one out for years instead of making another numbered entry. It appears their gameplan going forward is to add at least two more DLC in the next year so perhaps there will be reason to keep playing.

In my past couple of sessions my best friend and I have leveled up to 10, and have a light rating of a little over 100. I’ve managed to grab a few blue pieces of gear along the way, and we’ve completed the main story up until rescuing Cayde and being pointed in the direction of Io. At this point there was a level gate (we were 9 at the time) so we pushed on by doing some adventures and public quests. We had been pretty much ignoring much of the side content in favor of completing the storyline, but at this point it appears that perhaps we should do a bit of everything just to make sure we’re ready for the next bit of DLC once the original main story wraps up. It’s been a blast and I find myself wanting to play more often than he is available, so I may start leveling up a Warlock on the side. We’ll see how time permits.

Due to trying to play too many games at once, my time with ESO has been sporadic. During my last session I decided to try out some PvP battlegrounds, and like my experience with Destiny 2, it sucked. I’m not nearly a high enough level or geared well enough to hang with the groups I was being matched up against. It looked like it has the potential to be a blast but I’m not there yet. So I ended up running around doing more quests and it’s been fun.

I honestly don’t really know what I’m doing most of the time save for running around following quest markers and killing shit. I guess that’s par for the course. This seems to be the same in most MMOs, so here we go. I’m more invested in other storylines at this point in time and my memory isn’t what it used to be so I tend to just take in the sights and mosey around at my own snail’s pace. Not having a subscription to this point has made it more appealing because I’m not wasting time and can play as I see fit. Perhaps once I get nearer to the end of the original game’s content I’ll think about subscribing to see more of what’s been added in my absence.

Fallout 76 comes out in a month and a half. My goal was to finish off the Fallout 4 DLC before that happened, because I know once there’s a new Fallout game I’m not going to bother with the predecessor any longer. The last time I had played I killed off a rather large Mirelurk queen as part of a side quest, and I went back to Far Harbor to turn in all the quests I had completed during that session. 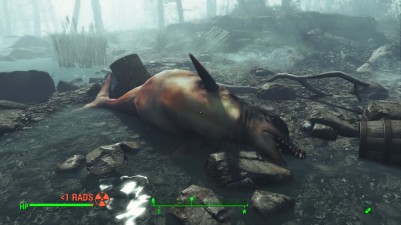 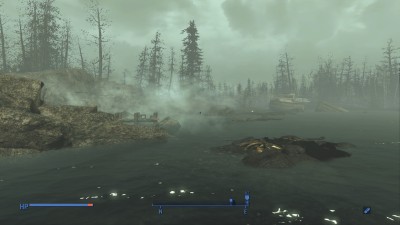 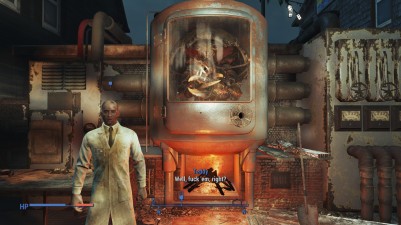 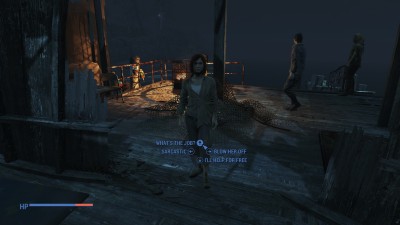 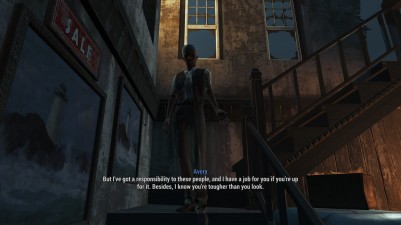 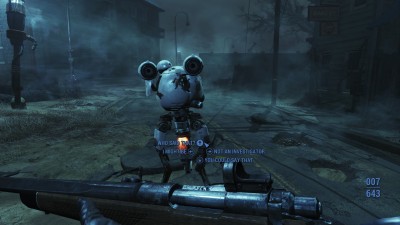 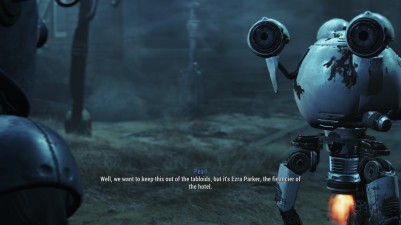 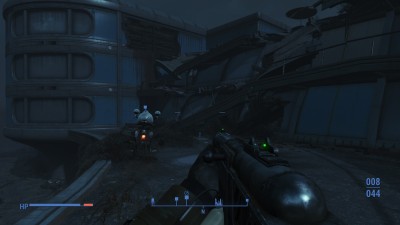 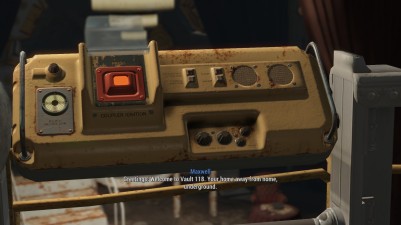 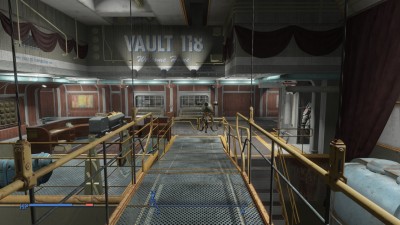 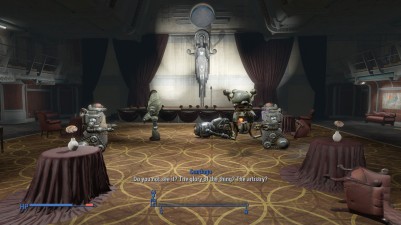 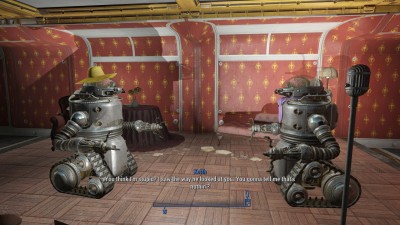 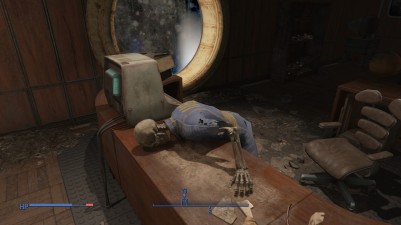 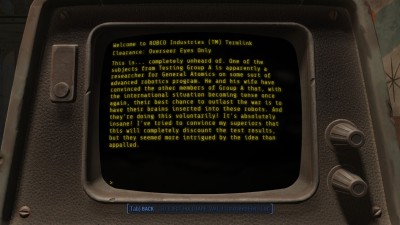 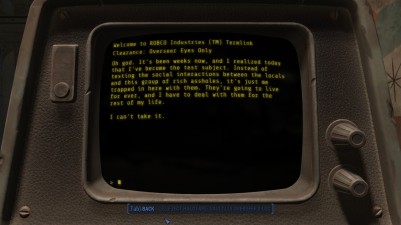 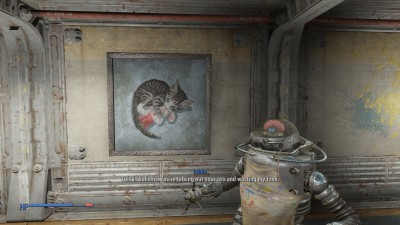 During my session over the weekend, I ended up with a journal full of more side quests from those citizens, as one of the quests that I completed had the city’s leader backing me, something not easily done with “mainlanders” such as myself. I completed a couple more, when a robot appeared outside of town looking for a detective (me). I followed her to a hotel that contains an underground vault, where a murder was committed and hence why I was sent for. Upon entering, we find that all of the people inside are no longer people, and are actually “robo-brains.” This means their human brain has been transplanted onto a robot’s body. Immortal as they are now, they’re still very much able to be killed, as is evident from the crime scene I’m asked to investigate. This questline bugged out on me several times, but in the end I found out that the killer was actually masquerading as one of the other residents having killed her himself. Basically she found out about something he didn’t want anyone else to know about so he killed her then took on her identity. I also found a dead overseer in a vault-tec suit, who’s journal entries were quite hilarious (you can read those above). I have no idea how much more it’s going to take to complete Far Harbor, and there’s still Nuka World after that, but hopefully before Fallout 76 hits shelves.

I don’t have too much to say about Burnout Paradise, I’ve played a few more times since my initial post, and it’s been a blast. It’s truly a fun game and something I can do that takes very little brain power, so on nights when I don’t feel like diving into something with more depth, it’s relaxing to cruise around this beautiful little world. The trophies come in droves though, as evidenced by this round of screenshots: 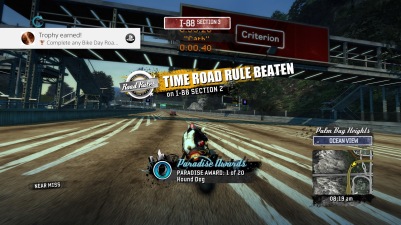 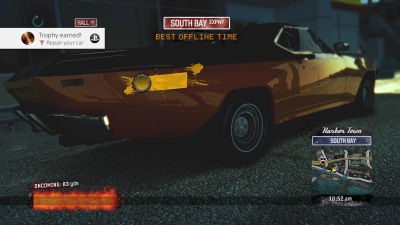 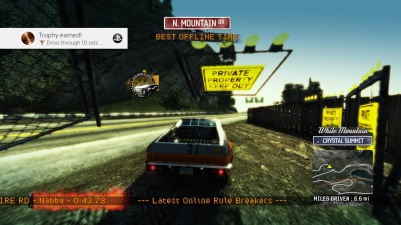 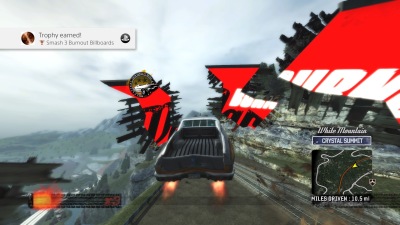 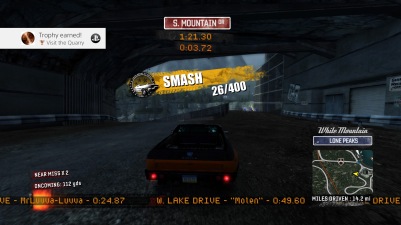 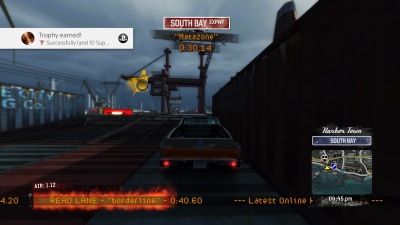 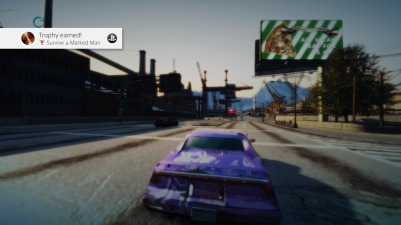 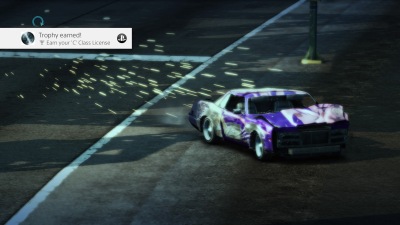 If you were ever a fan of arcade style racers, definitely give this one a try. That’s all I have for this time. Happy gaming everyone!