With my birthday coming up this week, I was surprised by my father with the gift of a new gaming mouse for my PC. When I originally built my PC back in 2015 he had given me one of his mice, a Corsair M65 that I have used for the past few years without issue. It was still working as a matter of fact, but was starting to show signs of wear in certain spots. This didn’t affect functionality, but it was starting to look a bit ugly. Apparently my Dad is a mind reader, as he decided that I probably needed a new mouse by now. I was visiting this past weekend for another reason but he already had the mouse on hand and surprised me with it. I thought I’d take this opportunity to show it off and give some feedback. Enter the Razer Naga Trinity:

What’s unique about this particular design is the fact that it’s moddable. It came with the “MMO” 12-button side panel pre-installed, but also comes with a “MOBA” 9-button panel and something more like a FPS/Normal panel that has 2 side buttons.  Also packed in were a couple of Razer logo stickers and a manual. The mouse’s design is a little different than what I was used to as it has a “ring-finger rest” on the right side that makes it feel a little fat in the hand, but I think I’ll get used to it.

The side panel mods at first glance seem like they would be a pain in the ass to change up, but it turns out that it’s rather easy to do. Each panel is secured with magnets, and pulls right off for on-the-fly modifications. The contact panel pictured in the center connects the side buttons to the mouse inputs. It’s a pretty cool idea, and I’m happy to have the options. For now, I’ve put the normal/FPS panel on until I get used to the mouse in general. After that I may end up being able to try setting up hotkeys for games. I can’t imagine retraining my brain from keyboard keys to mouse keys, but I will try it out nonetheless. 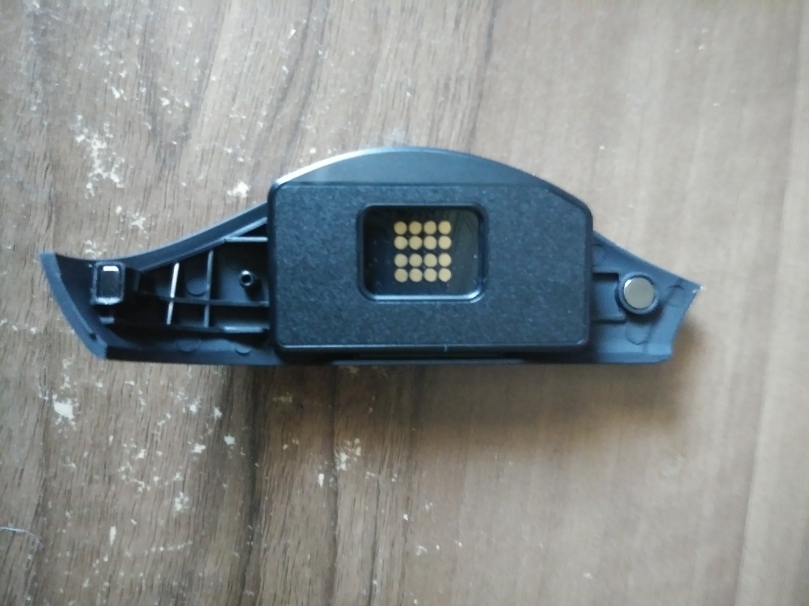 The mouse wheel and logo on the mouse are also RGB lighted and customizable with different effects/colors.

After plugging the mouse in, the Razer Synapse software installs and opens up your configuration options. There’s quite a bit of different specs to change but the most important is setting up the lighting (I chose static red as my keyboard is also lit up in that color) and the sensitivity. The Naga Trinity supports up to 16000 DPI, which is absolutely insane. My device defaulted to 1700 DPI which was far too slow for my ultra wide monitor, and I ended up settling for the Stage 2 3700 DPI. It feels about where my old mouse was. I may have to change it up depending on gaming performance, which I have yet to test out at this point. 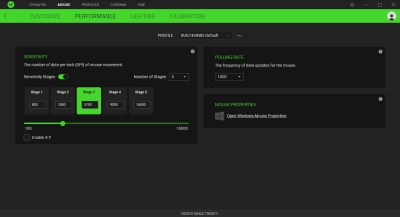 Don’t mind my dusty ass workspace, but here’s both pieces lit up together:

It seems like a solid mouse and has a nice range of options to play with. I’d recommend it if you’re in the market for a mouse that can work for multiple genres — hardcore PC gamers will enjoy it. The mouse buttons also have a satisfying click that feels mechanical and I’ve enjoyed the responsiveness. I give it an A+.