A couple of months ago my stepson signed up to play Magic: The Gathering at his after school program. Apparently one of the counselors plays the game and wanted to encourage kids to play. He provided starter packs that the kids got to play with that appear to be the packs that are given out at Magic Open House events, just before each new set releases. He ended up with a Mono White 60 card deck that he seemed to enjoy. Because he was able to learn the basics at his school, I could then take over and teach him more of the nuance. 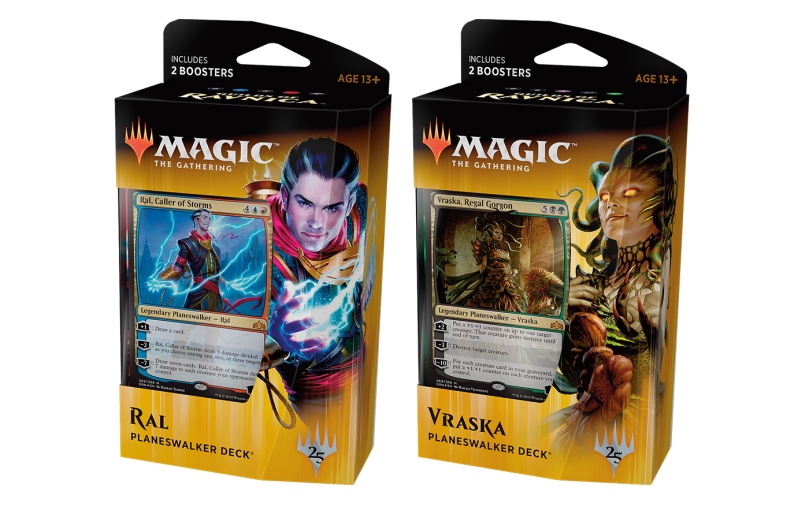 After Guilds of Ravnica released, I was able to go pick him up a couple of the Planeswalker decks so he could see the new mechanics of the set along with the mechanics of Planeswalkers in general. A couple of weeks back we had a session where he played Vraska and I played Ral and we had a pretty good time. He won a couple of games and so did I, but as you all know I tend to prefer playing Commander over standard, so I’ve been pushing him in that direction as well. He had a bit of experience under his belt with standard play, but also had a couple of modest collections sent to him from his mom’s friends, so I built him an EDH deck to play with.

This past weekend with all of the wildfires that were surrounding our valley there was worry about property burning but also the Internet went down for over 24 hours. This meant no one in the house was playing video games or watching anything as we don’t have regular cable — everything we watch is via streaming services so we were all out of luck. This did mean however that we had time to play Magic, so that was actually a bit of a boon. My roommate and I were playing some EDH and he watched for a bit, but when we took a break he decided that he wanted to try it out. He pulled out his EDH deck that I had built for him, and I used one of my more recent builds that is not quite done. 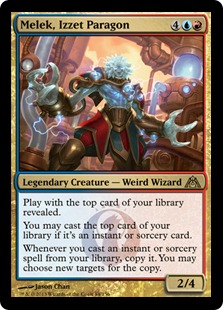 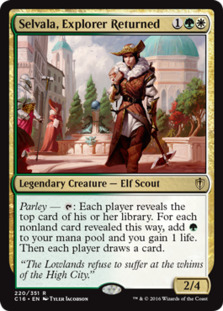 He seemed to enjoy his commander, but the rest of the deck was pretty sub-par. This isn’t something I did on purpose, but I only used cards in his possession to make the deck so he didn’t have the advantage of building it himself or having enough good cards in those colors to make something competitive. My Selvala list is nice, but I don’t have a good 30% of the cards needed so I just filled in with other cards that would work. I ended up winning this round but it was still pretty close for a time. 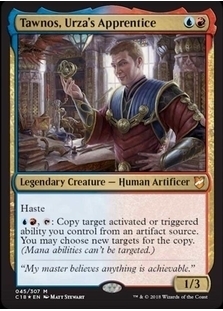 The next day he said he wanted a rematch, but I instead chose to run my Tawnos deck. It’s another deck that I had most of the cards for but I am missing a chunk of the cards that will eventually go into it. It still performed well and he didn’t really get much of a chance to do anything before I was winning. Since we know that his deck is sub-par, I decided to let him use one of my decks to play for the next round. 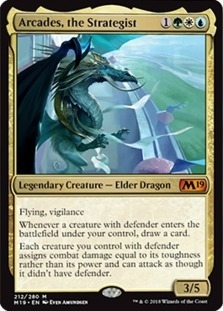 He chose my Selvala deck because he had seen what it could do and seemed interested in it. I chose to run my Wall deck because it’s a little slower going and thought it would give him a better chance to win. He seemed impressed with my deck building and loved seeing some of the cool effects that exist within Magic’s history but aren’t really represented in Standard. Arcades has a bad habit of going off out of nowhere so there was a point in time where I could have won the round but chose to do something else instead and he managed to win by casting Approach of the Second Sun twice. He was thrilled to win and seems very into the format. Now I’ve convinced him to get one of the Commander 2018 precons to mess around with and in the meantime I’m going to try and make his existing commander deck a bit better. It’s nice to have someone new to play the game with and bringing the next generation into the game is an awesome experience. Look forward to having more games in the future!