Warface came at a time when I was sick of Military first person shooters. Back in 2012 we had already begun to be inundated with this type of cut and paste hoorah nonsense that can be fun to play but isn’t something you want for every meal. Warface is a free to play lobby based shooter that released back then for PC, made by the Crytek guys, famous for the Crysis series. I paid the game no mind when it came out, but it recently was ported to the Playstation, and I tend to check out free games often because it gives me more options for playing with IRL friends who own the system. I downloaded this a few weeks back but just gave it a shake the other day in my spare time. 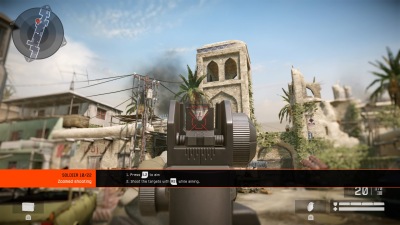 Initially the game drops you straight into a tutorial of sorts. It’s a pretty standard FPS so the control scheme should feel familiar to most. For a title that was developed a few years ago, it still looks pretty decent, and I was surprised by that. I can’t really tell the difference between this and the Call of Duty games from recent years. The tutorial is pretty straight forward, though you’ll be put through a few more later on dealing with other classes in the game. There are four in total: Rifleman, Sniper, Medic and Engineer. However, this doesn’t really feel like a Team Fortress or other Hero Shooter type mechanic, these classes are really just loadouts as each class uses different primary weapons and have particular skills to support each other. The Rifleman can refill ammo, the engineer provides armor and the medic provides health. They can all provide these boons to themselves as well. 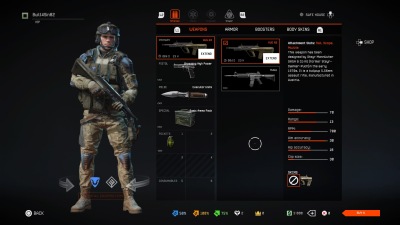 The menu system is pretty straight forward. Being free to play there are various currencies and ways to become a “VIP” and get boosts. It’s all stuff that we’re used to. I haven’t spent any real money and can still compete so it’s a non-issue. Some items in the shop are able to be purchased temporarily or permanently. I guess it’s nice to be able to try something out before you buy but oftentimes it costs the real life currency which you don’t really earn much of in-game.

After the tutorial you are limited in what you can play. Initially you have to play through a co-op match, which is fairly eash, and then the medic tutorial opens up. Once you rank up again you’ll open the engineer and versus modes, where the real meat of the game is.

In all, there are several co-op maps of varying difficulty, a bunch of popular game modes in versus, and special operations which function like Raids. Apparently you can upgrade your class gear and take on more difficult content. It’s interesting enough and sets itself apart from some of the competition by doing a little bit of everything. 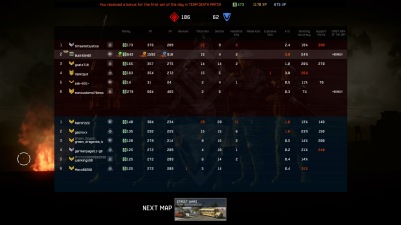 I’ve played a bit of everything and have enjoyed it well enough. I let my best friend know about it but we have yet to play together. Everything is better with friends! Recently added was a Battle Royale mode and I have to say, if this is what Black Ops 4 is trying to do, it’s one of the better BR experiences I’ve had. I like the forced first person perspective (no looking around walls you cheaty bastards!) and though you don’t drop in on the map, it’s easy enough to get around, get armed and survive. I placed first in my first round playing it, and that’s my first chicken dinner in any BR game I’ve played. I’ve done fairly well in other PvP modes as well, so if you’re experienced in these sorts of titles, you’ll probably have a good time as well. Anyway, that’s my two cents on it.