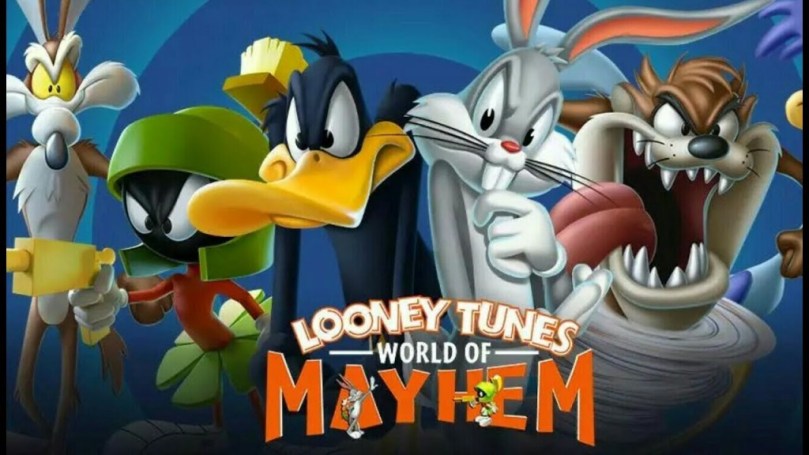 I’ve been pretty happy with the mobile games I’ve been playing as of late. Clash Royale is still my #1 go-to and has been for over two years now — it gets regular updates and has improved over time for the most part. SEGA Heroes is a more recent addition to my phone, but I have been playing it diligently for almost two months. I don’t think I’ll be quitting anytime soon either, as it has a good balance of playability and time gating. It doesn’t feel overwhelming nor does it get boring. I’m actually pretty equally invested in this one as I am in CR.  With that said, I think I have finally found a solid third option for my rotation, and that game is Looney Tunes: World of Mayhem.

The general story of the game is that Marvin the Martian has come to earth and was up to something dastardly, and Bugs Bunny comes along and accidentally stops him. In the process, Marvin’s machine blows up and destroys the world to some extent. It’s up to you to “reatomize” the other Looney Tunes and put things right. What this means is that you’ll only start off with a couple of toons and have to find extra shards to reatomize the others. You’ll eventually be able to use teams of four toons to fight your battles. 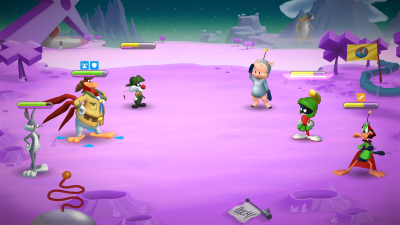 I wanted to show off some of the combat animations (which are fairly interesting) but my screenshotting was a little slow on the draw and I couldn’t ever capture one at the right time. There is an assortment of basic abilities that range from clubs to canes to safes and other wacky shit you’ll remember from the cartoons. Special abilities are more lengthy animations and range from taunts to heals to buffs. This is really just what you would expect from an ATB JRPG. Turn gauges are under each toon’s health bar, and once that fills it’s that toon’s turn to act. Basic attacks don’t have a cooldown, but other special abilities do. You’ll open new skills and passives as you level up the toons. 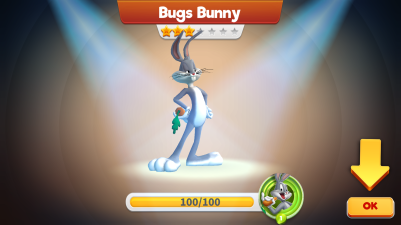 Toons are separated by various characteristics, being attackers, defenders, or supports. They also have relationships with other toons, where sometimes their special attacks are able to affect particular enemies. For instance, Bugs Bunny has a special attack that does decent damage to any enemy, but if you target an Elmer Fudd character, you will also stun him. When I say “an Elmer Fudd character,” this is because there are multiple versions of the individual toons, which coincides with the mountain of source material (cartoons) from the years these cartoons were produced. One version of Daffy Duck might be an attacker, and another will be a support and so on. 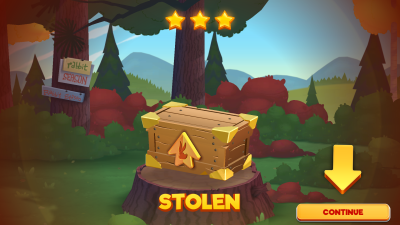 Besides a story campaign, where you will earn star ratings (1-3 depending on performance), there are a couple of other game modes that are packed in. There is a sort-of PvP mode called “Brawl” where you try to attack other player’s chests to steal them. I guess I should mention that you will get chests delivered to you a couple of times a day and those chests are placed on “banks” where you have to set up a team of defenders. You can in turn attack other teams of defenders to steal crates for yourself, but you can only set them up with defenders if you have an open bank. You’ll start with only the one, but more will open as time goes by. There leaderboards for this Brawls mode and you’ll get rewards based on your ranking on a daily basis. There’s a league store where you can buy goodies as well. The banks coincide with the world map, where your toons go in between fights. You can set up their own unique burrows as well, and then send them on “tasks” which are time gated and will earn you more supplies, gold and shards. There are various supplies that are required to level up skills and passives for your tunes (along with gold), and then there are XP potions that are used to level them up individually. Obviously the gold is the in-game currency, but as there are a bunch of things that are time gated, this means there has to be an RMT currency (as is the norm). That currency is Gems, and of course there are plenty of ways to spend them if you’re impatient. There’s a store but I think it’s pretty fair overall (and I haven’t felt the need to speed things up because I’m used to other games trying to get me to spend money for nothing). 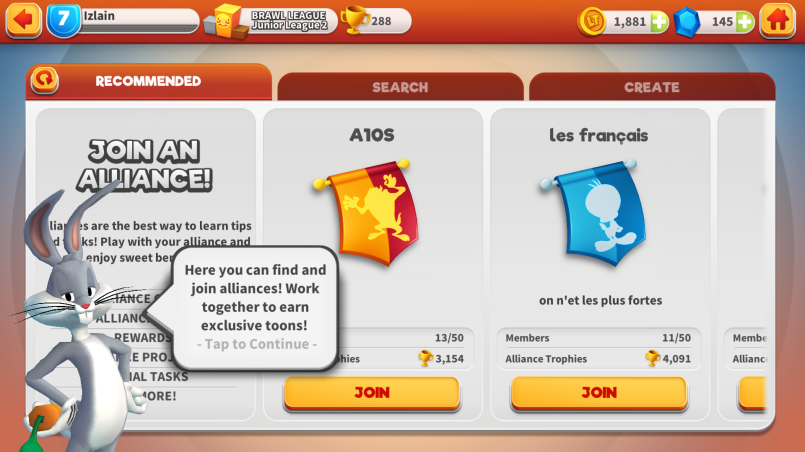 There are multiple pages of store offers, but there are bits and bobs that are available for free (daily login rewards and crates mostly) and some that are available for gold (XP potions). There are some reasonably priced packages that will get you some goodies but it seems like you can progress pretty well without spending any money. From time to time you’ll get golden tickets that you can spin a wheel for, and also get a daily ticket by completing the daily tasks every day which will get you more toon shards and whatnot. As you level your account, you’ll also eventually be able to join an Alliance, which does bring some benefits. Later still, Challenges and special campaigns open up and give you more options that flesh out the game. Overall I’ve been enjoying it and have been playing it the entire month and have already progressed quite well, but I’ll save that progress for a State of the Game post that will be coming soon. Until then, I bid you farewell. Happy Gaming!