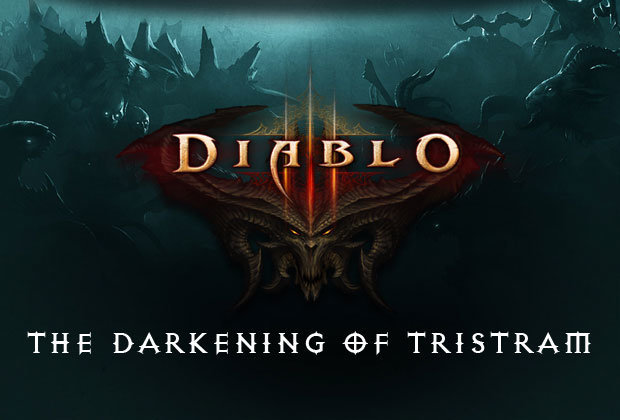 Season 16 recently began in Diablo III, and with it there are some new features as usual with these seasonal updates. I haven’t really played through a season in quite some time, despite sort of jumping into season 14 after having purchased the Necromancer DLC pack. I didn’t stick with it that time, and I haven’t yet leveled a Necromancer to 70. There was a bit of hype around this season for whatever reason, and I caught wind of many people on my social media feeds giving it another go. I decided to do so myself, and also learned of the “Darkening of Tristram” limited-time event that was running as well. I remember hearing about this event before, that a chunk of older Diablo games would be recreated in this newer engine, but having played through the special event, I now know this isn’t quite what has happened. The event is marked on your adventure mode map with a pentagram. You can go to that particular zone and will find a portal in what remains of Tristram to go back in time.

The first thing you’ll notice is the grainy textures, but the UI is also simplified and animations not quite as smooth. Essentially it’s a lower quality filter over the top of the existing engine, but it does what it sets out to do. Sounds and music from the original game are present and this gives a great nostalgic feel, if not being a little harder to follow. It’s amazing how bad old games look after a few decades, and this is already running much better than those older titles in the series. Whatever the case, you are now in the original version of Tristram, but it’s clear that everyone and everything has been decimated. Your only objective is to “Slay the Dark Lord,” and there is no real direction on how to do so.

Those of us who played the older games will remember that you would head into the labyrinth and continue on down until you finally face Diablo (a feat I never accomplished when playing the original Diablo). On the way down, there are various sub-levels that are one-offs and will contain various enemies. Some are more familiar than others, like the Butcher (pictured above), and many of the unique creatures feel like they are designed with RNG, but that’s the nature of this style of game.

I made the mistake of taking a break from my run the first time around, and was already about 11 or 12 levels deep. Fair warning, if you log out of the game while running this dungeon, you will have to start all over again when you come back. So today, I decided that I would run the dungeon again and make sure that I didn’t log out until I completed it. Thankfully, there are only 16 floors to conquer before you run into the Dark Lord, and there wasn’t any one part of it that was really a challenge. I was only running on Normal difficulty, so that’s probably why, but when you run hardcore characters like I do, you want to avoid death and I didn’t know what to expect.

The Dark Lord caught me by surprise, randomly appearing on the 16th floor, but I had a feeling it was coming up soon due to being teleported to a mini-dungeon and fighting some important sounding mini-bosses, and then being teleported back to the “same” floor that looked completely unexplored. The fight was over before I knew it, mainly because I’m running skeletons and the golem and I sit back and syphon life, so he was downed quite quickly. After killing him, what I assume is the original end game movie from Diablo plays, and that looked horrible but set up the events to follow in Diablo II. Afterwards I was able to collect my loot, earning this interesting gem: 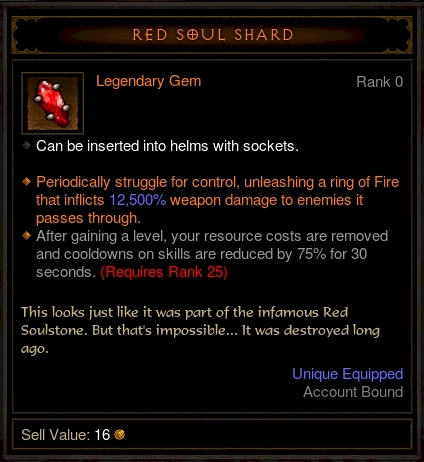 I haven’t seen exactly what this does just yet, but I did slot it into my current helmet. There were banner unlocks and a new transmog that came along with completing this event, and I earned a few achievements along the way. As a whole, I’d say this limited event was successful and a good little time waster. I look forward to other things like this added to the game, but with Blizzard doing Blizzard things, it’s unlikely we’ll see much more before we end up with a new Diablo (or they move completely to mobile with that Immortal thing). If you haven’t checked this out and want a little nostalgia trip, the event is still running, so hop in game and check it out!