The last time I wrote a State of the Game round-up post was way back in September of last year. Things have definitely changed a bit since then, and a big part of that was not stretching myself so thin around so many games. I had a backlog clearing spree throughout most of the year but that project lost steam once fall came around. There was football to watch. I was busy preparing for a move. I was playing a game at a time and not really having enough small tidbits to share in this column. Since then I’ve moved, started a new job and have less free time than I’ve had in a while, mostly due to adjusting to a completely new schedule. As such, the blog has suffered a bit and some of my side projects have been delayed further. Whatever the case, there is one thing that has been pretty consistent for the past couple of years, and that’s mobile gaming.

It’s strange saying that. I used to rally against mobile games and thought they were complete trash — and to be fair they were pretty much that for a lot of years. However, things have changed, and there are some pretty decent mobile games out there, you just have to sift through a lot of dog shit to find them. I’ve written individual posts about all of these games, and will link to those original posts if you’re curious to see how my opinions have changed. I’ve also written about a few of these titles multiple times, and so I’m only going to link to the most recent. Then I thought I’d give an update on to my current status in that game, or why it got uninstalled from my phone. Let’s start with the games I’m still playing:

Clash Royale is still my favorite and most played mobile game to date. I don’t know exactly what it is about it that keeps me coming back, day-in and day-out, but I have played it religiously for over two years. I’ve tried other Supercell games and didn’t play them long, but this one has staying power. Here’s some brief updates about what’s new: 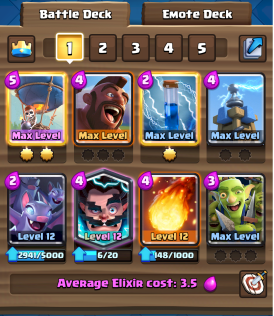 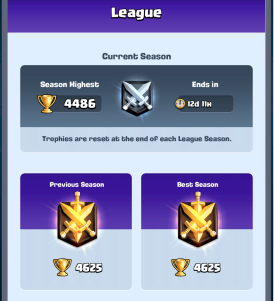 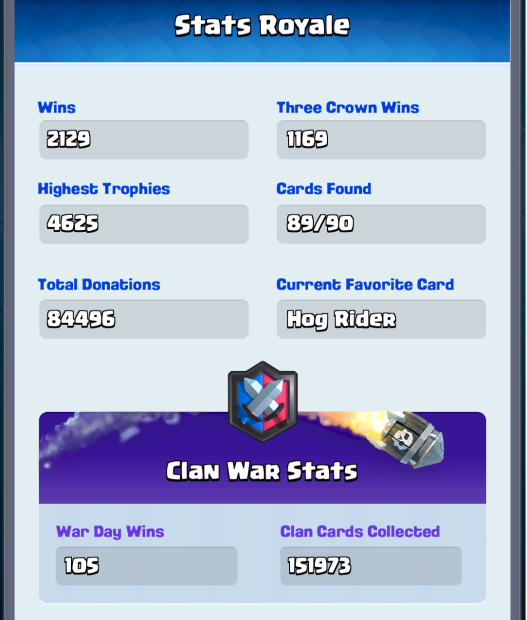 The last time I shared my deck progress, I only had a couple of max level cards, and the new star upgrades were just implemented. At this point I now have five max level cards, and I’m well on my way towards getting a sixth (bats). Fireball will come next, and I only need a dozen or so more Electro Wiz’s to max it out as well. This has worked well on the ladder, and I had my best season ever last month, when I finally made it to Challenger 3. I’m hoping to get back there and push beyond soon, though the season reset keeps bumping me back down. Lastly, there are player stats I’ve shared, just because I find that sort of thing interesting.

SEGA Heroes has become my second favorite mobile game, and has replaced quite a few games that came before it. There isn’t much else to say, outside of sharing some progress:

I’ve unlocked all but about a dozen heroes, though they keep adding more. I’ve also promoted most of them to at least four stars and level 20. Those at the top are my most powerful, being level 40 and 4-5 stars. It takes time but it doesn’t really feel like a grind, and that’s probably why I enjoy both of these titles so much. There’s a sense of progression, but the game remains fun along the way.

I don’t have anything new to say about Langrisser. It’s still installed but I haven’t played it in a couple of weeks. I’ll need more time to give any more information. Next up, games that I’ve spoken about in the last couple of years that I’m no longer playing. Click the links below for more information on these particular titles.

The most recent casualty was the Looney Tunes game I spoke of recently. In all honesty I rather liked the game, and it was full-featured enough that I can see one playing it for a long while. The problem is that I liked it for similar reasons to the games already installed on my phone, so it felt like more of the same, and I got bored of doing the same sort of daily tasks in multiple titles. I would still recommend it to anyone whom I thought would enjoy that style of game, but I just didn’t want to check in on it anymore.

Knight Story was a game that I thought looked interesting but got boring quickly. That’s all I can really say, it didn’t last long.

Stormbound was fun, but after beating most of the single player stuff I got bored.

Legend of Solgard had a lot of potential. I really enjoyed playing it and it was on par with engaging me like SEGA heroes, but it really did feel like a grind and like they were time gating things to a point where I almost felt required to spend money. Not cool man.

Paladin’s Strike is a game better suited to a tablet and would probably play much better with one of those mobile controllers. I liked it well enough but I just couldn’t hang with the touch screen controls.

I’ve considered re-installing Fire Emblem Heroes a couple of times now. I think I uninstalled it because I was playing on an older phone and needed to free up some space. Whatever the case I remember it fondly and might get it back soon. Nothing new is on the horizon that I’m excited to try.

So that’s about it, just thought I’d jot down some notes for posterity. I’ll try to get some extra gaming in now that I’m starting to adjust and get the round up post going more often again. Until next time.