Having started a new job recently, it turned out that having my cellphone in my pocket at all times wasn’t going to happen. I’ve gone for years without wearing a watch due to having said cellphone in my pocket at all times, and using it as my primary timepiece. Because of this change, I knew I was going to have to go back to wearing a watch, but it turned out that my old watch’s battery had died and I wasn’t into the look of it as much as when I used to wear it. As such, I decided to peruse the web to see what was out there in 2019. Smart watches didn’t exist when I last wore a watch, and there are a ton to choose from. Most people would probably recommend grabbing an Apple or Samsung watch just because they are high end accessories to go along with your high end phone. I’ve never personally been in the market to dump hundreds of dollars on a smart phone, so I’ve never really seen the purpose for one of these watches, particularly when I can just pull my phone out of my pocket. 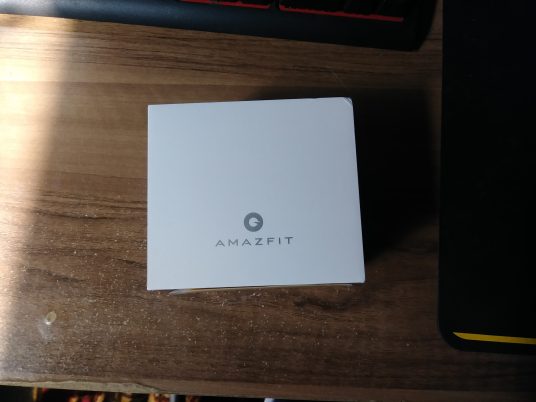 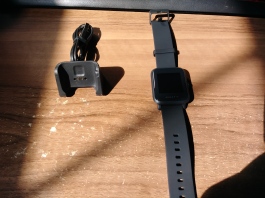 Nevertheless, I was intrigued by the idea of a watch that has more than just “tells the time” features. I didn’t really know what I was looking for, just that I didn’t want to spend a fortune. Before I could really get into research, my girlfriend told me that she would grab the watch for me for our upcoming 3rd anniversary, and that sealed the deal as far as a purchase went. I knew that I still didn’t want to spend a fortune, and I also knew that I would be better off getting something on the lower end just to see if I’d even like the concept. Worst case, I hate it and buy a standard watch again, and best case it’s a good test run prior to grabbing a more expensive/better model. It turns out that she too wants a Fitbit/watch, so she was already saying that when/if I buy a new one she can wear this one. So win/win.

I ended up going with a Chinese knockoff Fitbit that I found on Amazon for $80. The “Amazfit” by the Huami corp had favorable reviews and basically all of the features I was looking for, save for being able to answer my phone or send texts remotely from the watch. Some of the higher end models do this, but require a 4G connection which probably adds to your phone bill, I’d imagine. Instead, this watch will notify me when my phone rings and I can read text messages, I just can’t answer/respond. That’s okay, as it will at least notify me when my ringer is off as I’ve missed plenty of calls/texts that way. My main reason for wanting a smart watch was the fact that they are small and lightweight and I like having a digital screen. This one has customizable watch faces, displays the weather, counts your steps and has a couple of other features such as a timer, activity log and even a compass. So far it has been great for work, and I’m happy with it. I’m pretty much sold on the concept, so I will likely look into something a bit more higher end in the future.

Set up was a snap, though I’m not sure if it’s normal to have to use your phone to update and set up your watch (I imagine those models with cell service can update themselves). It went through its paces, updating the watch’s firmware and whatnot, and then I was able to do some customization and setup via the application on my phone. You can also change some settings via the watch, but there are more options through the app. Either way, there was a lot to play with and learn, and at this point I’m content. If you’re looking for a watch like this that is inexpensive and easy to use, I’d recommend this one. I saw watches as cheap as $30 and some of the high end ones are $500+, but I can’t really comment on any others, this being my first. I know some of the other guys at work have them as well, and they definitely seem to have more features, but this is really all I needed.