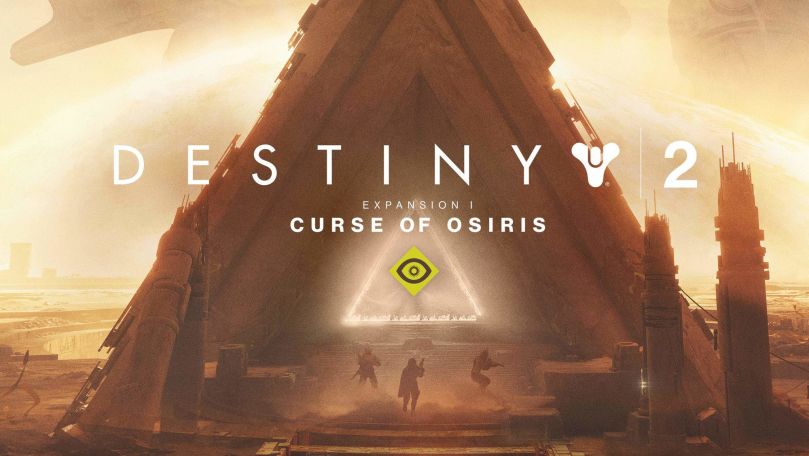 Similar to the cycle from the original Destiny, Destiny 2 had two smaller expansions that came out before a meatier content update. These are basically DLC questlines that will give some gear and experience on your way up. In conjunction with the base game, you’ll easily be able to hit level 30 in order to enter the proper expansion, Forsaken (or The Taken King, in the case of the last game). We already know there is a season pass for Forsaken, so I’d assume that means more smaller DLC packs like this one during that time, and perhaps we’ll get one more big expansion before the developers move onto something new (unless they actually take this game more seriously than the original, and plan to keep it alive for years like a proper MMO. None of these Looter Shooters have done this so far, as evidenced by the sequels coming out as of late. I’d like to see one actually raise the level cap further, give us more ways to spend skill points, and have more persistent bits of the world. We’ll see if that comes to fruition or not.

The Curse of Osiris expansion is all about one of the oldest Guardians, Osiris. His goal seems to be to conquer the Vex, a mechanical race that has created a place called “The Infinite Forest” which is a reality-creation engine. Sounds wacky, and also sounds waaaay more advanced that the stuff we saw in Terminator or The Matrix. Apparently Osiris figured out a way to create copies of himself to explore the various pathways in The Infinite Forest, and has been searching for an alternate reality where the Vex are defeated. You get sucked into the fray when Ikora turns up with the shell of Osiris’ Ghost. 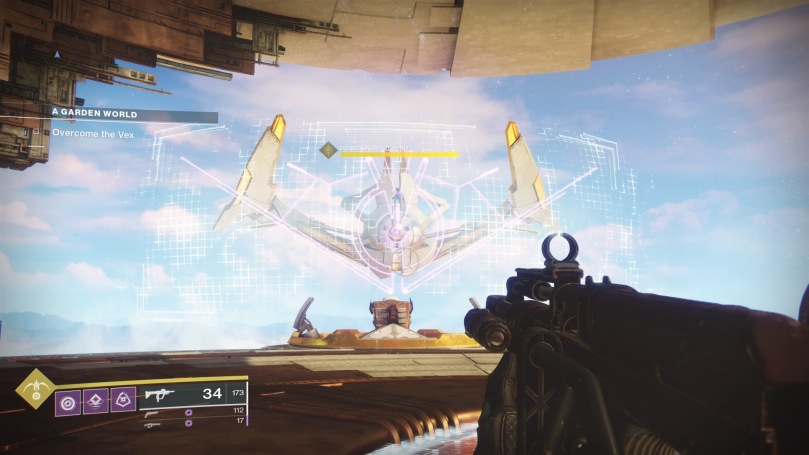 Throughout the quest chain, you’ll fight the Vex on different planets and within The Infinite Forest. The quest starter is on Mercury, but soon you’ll be back on Earth, fighting on moons and ultimately you’ll find out that you need to destroy Panoptes, the creator of the algorithm that controls the reality engine. Fights along the way net much better gear than we’ve seen to this point, and it was nice to get new vehicles and trinkets. 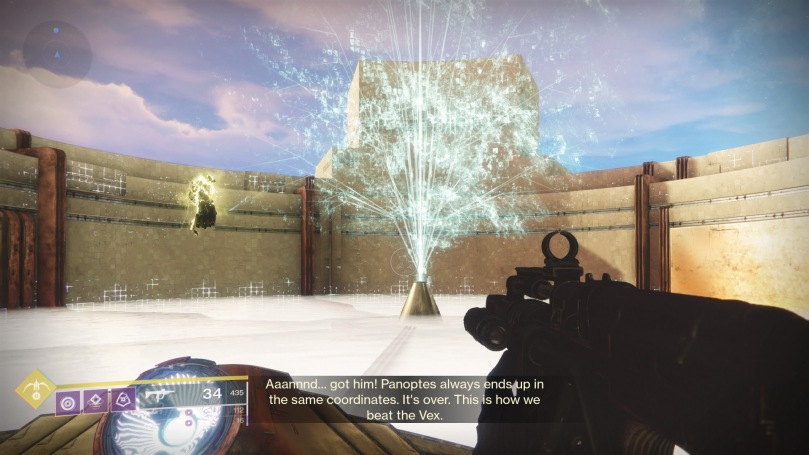 Eventually the solution to the Vex problem is found, and you’ll go head to head with Panoptes. Overall the expansion’s difficulty was in line with my light level so it wasn’t too difficult, but I enjoyed the story and blowing stuff up as usual. 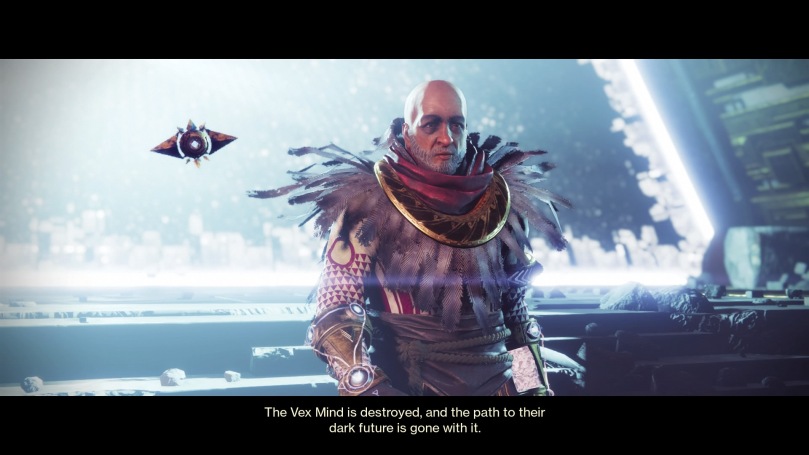 Osiris appears to have aged a bit through his Infinite Forest travels. Poor guy looks a little run down. I’m not sure if he ties into more of the story later on, but if not he was still memorable enough. I’m now moving on to Expansion II: Warmind, and it already looks like it’s going to be on par. I’m really looking forward to Forsaken though, and hope to be there by next weekend. I’ll check back in soon!