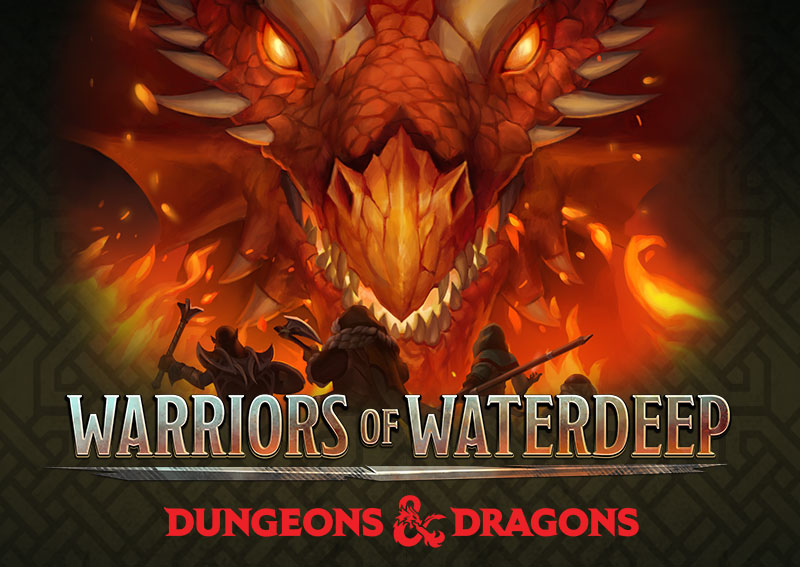 As I mentioned in my recent ramble post, I haven’t been gaming as much lately and was in a bit of a funk. Thankfully, blogging about things can be therapeutic, and since then I’ve made more time for gaming and have found some new things that have held my attention, but more on that later. During the time I wasn’t playing much on my PC or my Playstation, I was still spending at least a couple of hours a day on mobile titles. It’s unlikely that I spend more than 30 or so minutes at a time playing any one game, but I have a pretty good roster of games that I’ve settled into a routine with, and I play each for chunks at a time throughout my day. Generally I play a little bit before work, on my lunch break, before I nap in the afternoon and again in the evening before sleeping until work comes back around. With four titles that each have their own things going on it seems like it would get overwhelming, but I have found a balance between titles that share some similarities but still play out in different ways — different enough to keep me engaged. The newest game added to the roster is none other than Warriors of Waterdeep, which is a Dungeons & Dragons licensed title.

What originally caught my attention about this mobile title (besides being a D&D inspired game) was the turn based combat on a small grid. Similar to other games like Stormbound, which I wrote about before, but set in a more familiar universe and done differently enough that I’ve found this to be more enjoyable. You’ll start with a short tutorial that explains the game’s simple yet intuitive mechanics. Each character falls under a particular archetype, and those archetypes work better or worse against the others, in sort of a power wheel. The different classes are traditional D&D flavor, and those classes will determine the character’s abilities, but you can further customize them by changing out equipment to affect the outcome. What is constant among all characters is that each will have an ability that can trigger from movement, has two activated abilities, and then has another ability that will trigger on attack. Let’s take Halbenet, our Cleric, for example:

As you can see, Halbenet looks like a Cleric. He’s got a blunt weapon, he’s wearing cleric garb, and he has a healing ability. His movement ability (these trigger randomly) will heal a random ally. He can activate a heal (and later, different kinds of buffs in the third slot), and when he attacks, a random trigger can lower the enemy’s armor class. Of course, each of these abilities will change as you find and upgrade new gear. Some of the abilities are better or worse depending on your playstyle, but you can usually find a balance with the rest of your team to allow for interesting interactions. The combat is simple but satisfying. Upgrading looks to be a pain in the ass as time goes on as you don’t get much experience from actually playing the game, but rather from upgrading your gear. This means spending gold on upgrading items you aren’t even using just so that you can get your character to the next level. This is the only way to upgrade your abilities as well, and the pieces needed to perform said upgrades come in at a fairly rapid clip. 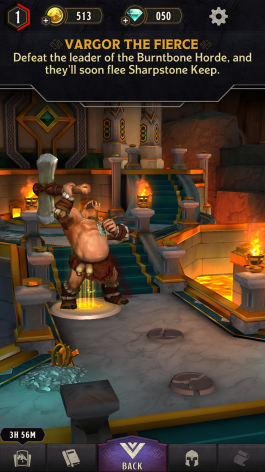 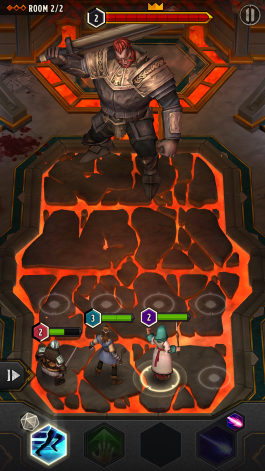 To begin with, you’ll only have access to the campaign, which is played out on a 3-D map that is a nice homage to table-top setups. You’ll play through short levels that consist of a few rooms until you reach a boss, at which point you’ll move to a new section of the map. Bosses can be huge, and will take a lot of effort to dispatch compared to the normal monsters, but they aren’t so difficult as to halt progress for very long. Each level will have branching choices where you can choose to fight against various enemy types (some will be easier to deal with for your party than others), find secret areas, and also find doors that require a certain hero of a certain level to access, but give chests for that hero containing a good amount of loot. Other game modes include challenges, where you’ll crawl through an endless dungeon and survive as long as you can — this gives fair rewards as well. Finally, there is a PvP battle mode that appears to be you actually playing against real people (rather than the AI controlled PvP battles I’m seeing in most games). This has a similar ladder system to Clash Royale, in that you gain/lose trophies for wins/losses and ascend arena levels for greater rewards.

I’m unsure about how long the campaign will last, but I have enjoyed all of the modes and intend to see what other hidden gems this game has to offer. I guess I have to be thankful for mobile gaming, as it has been the only form of gaming that is always readily available when life says you don’t have time. I think I’ve come out of my funk though, so I should have something to share about more substantial games soon.

2 thoughts on “Warriors of Waterdeep”