I titled this post “The Game Knights Effect” because it was something the guys over at The Command Zone podcast mentioned in a recent show, where they were talking about how people watch their sub-series “Game Knights” and often times that seems to effect stats of the commanders that they play during the show over on EDHREC. Basically, when they pull out one of the new commanders and brew around it, people who watch the game play thereby get inspired and want to build their own versions of that deck, so there is a spike in that commander’s deck stats on the popular aggregate site. Funnily enough, I then watched one of the recent Game Knights episodes, where the guys were covering Modern Horizons and created some decks with new legendary creatures. Jimmy was playing a version of Hogaak, Arisen Necropolis and I really loved what his deck could do during the episode. Not only did he have some of the more splashier plays, but the deck was built solely around graveyard shenanigans and outside of some reanimator strategies I haven’t really built a deck of this style. I also haven’t found the right Golgari commander for me, and since this one appealed so much I decided to go ahead and make my own brew. Let’s take a look at our general: 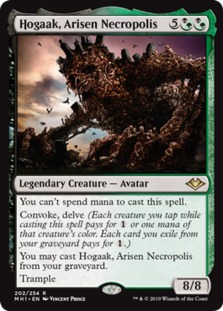 The basic stats are pretty good on this card. Hogaak is an 8/8 with trample for 7 CMC. That’s not really enough to outright win games but he’s a solid beater for a decent price. What makes him unique to date, is that first line of text that reads “you can’t spend mana to cast this spell.” Of course, that would make this card useless by itself, so of course we can pay for him with two other keywords: Convoke and Delve. The former allows you to tap creatures to pay mana for him, and the latter lets you exile cards from your graveyard to pay the mana instead. Another nice feature is that he is able to be cast from the graveyard, so there is no need to ever pay commander tax unless someone exiles your graveyard and you have to move him back to the command zone. Obviously this is the kind of deck that not only wants to make cheap creatures in order to convoke, but also wants to manipulate the graveyard as much as possible. That means having recursion, sacrifice effects, and other graveyard friendly keywords. As such, I utilized Gatherer and EDHREC to throw this build together, starting first with delve searches, and then diving into dredge as well. It turns out there isn’t a lot of cards with those abilities in these colors, but I took what I felt would work best, along with some great Golgari staples printed in recent sets, and a few hidden gems. That along with the base that Jimmy made for me, and I have a deck that looks pretty solid, doesn’t cost too much and should be fun to play! 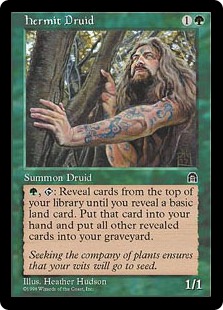 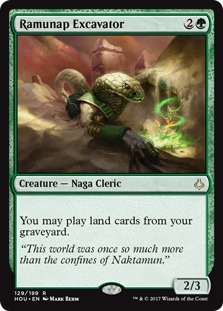 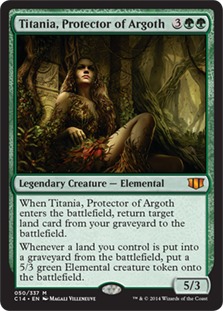 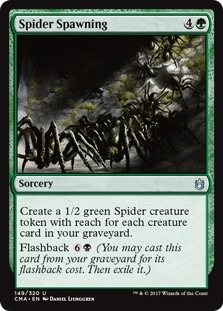 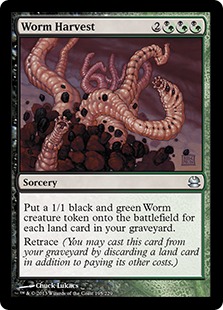 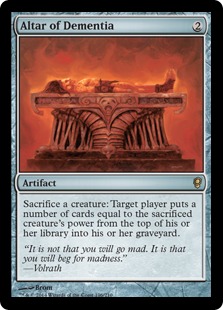 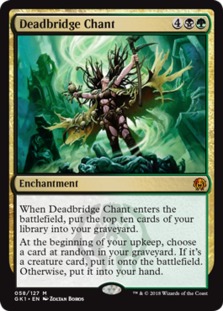 There’s a lot here so I’m not going to go over the individual cards. Suffice to say that everything I put into the deck should have some sort of synergy with our overall game plan. The name of the game is self milling, and that means dumping cards into our graveyard by either using tutors like Buried Alive or Entomb, or sacrificing creatures to Altar of Dementia. Most of the cards that give us some selection like Grisly Salvage or Satyr Wayfinder dump the excess cards into our graveyard, so we can put the spells into our hand and creatures into the graveyard just to cheat them back into play. We can also do the same sorts of things with land. The Gitrog Monster forces us to dump lands but also allows us to play an extra per turn, and if we have Crucible of Worlds out, we can throw them right back onto the battlefield. We also have a ton of cards that will check the graveyard for an amount of creatures or lands and then recur them or give us a benefit for doing so. We want to be moving cards from zone to zone often, because it will allow us to draw cards or trigger other effects that will help us maintain a dominant board state. 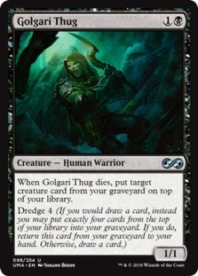 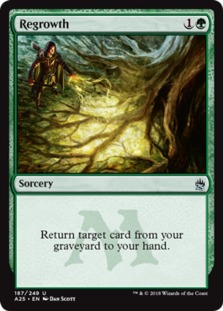 Our recursion package is set to get lands and creatures back at a rapid clip. Bonus, if we are targeting creatures like Avenger of Zendikar or Deep Forest Hermit, we’ll get a bunch of ETB token creation triggers to boot, and those are great sacrifice fodder to get our engine going. Use an Eternal Witness to bring back Avenger, and then sacrifice it to get another benefit, then bring it back the next turn with Genesis in our graveyard! There are shenanigans to be had and it’s such a different style than I’m used to — but I love a good value engine. 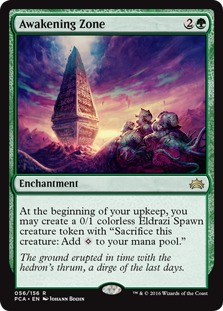 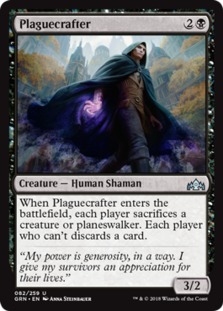 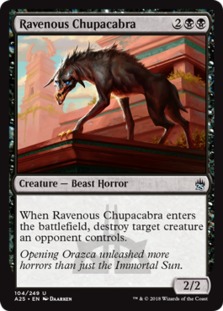 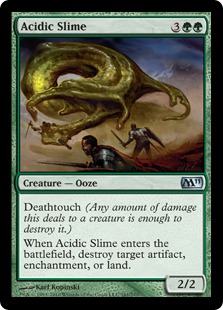 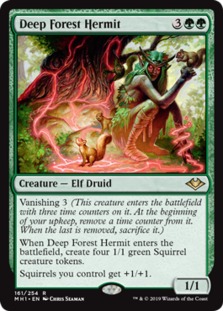 We’ll want to use these cards in different scenarios differently, but overall our goal is to draw cards off of sacrificial lambs, play things from the graveyard, and then get more triggers to keep the cycle going. Most of the inclusions should be self-explanatory at this point, most have effects that will be beneficial to recur over and over again. There’s a pretty standard Golgari removal package included, and overall I think it will be pretty solid. Something I haven’t tried before, so some testing will be required. I’ll get back to you on this one. You can see the full deck list here.