After realizing I had already made a “go-tall” token style deck in Temmet, Vizier of Naktamun back when I first got into commander, I thought I should try my hand at this strategy again but in different colors. I was already interested in Ghired for some of the other cards that come in the box that I want to add to other existing EDH decks, but decided I should probably brew him up as well. He’s the only face-card commander I find appealing in any sense of the word, so let’s take a look at him (again):

Ghired is a 5 CMC 2/5 with an ETB trigger that creates a 4/4 Rhino token with trample. He also has the added bonus of triggering populate each time he attacks, and whatever token you choose to copy comes into play tapped and attacking. Give him haste, and you can slam 10 power on the board on turn 5 at the latest. Honestly I wish I could use Temmet in this deck, solely to give that unblockable bonus, but alas he contains blue and that wouldn’t be allowed. So given that populate only copies creature tokens, and it only does it one at a time, we’re going to want bigger creature tokens rather than little ones. We also don’t necessarily want to go wide, but the speed at which you should be able to populate, you will eventually go wide provided there aren’t a lot of board wipes being cast. Still, we want tokens in general to copy so I have included a few ways to make some smaller ones, but for the most part we’re focusing on those that are 4/4 or more. Let’s take a look at what I mean: 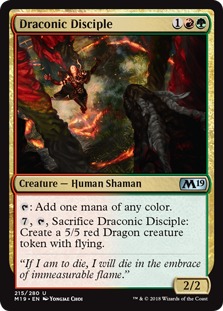 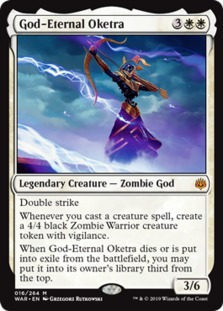 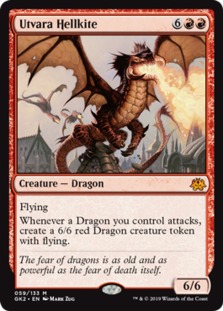 As you can see, there are a myriad of ways that we can make some big tokens, from creatures that ETB or otherwise trigger other tokens to be made, to spells that create tokens that you can later populate, or event enchantments that can churn out 4/4’s and 5/5’s like nobody’s business. For the most part, we’re looking for big tokens to target with our populate triggers, so I’ve tried to focus on this theme. If you can get a few populate triggers in a single turn, you could be looking at several 6/6’s or 8/8’s, particularly with the token support package we’ve included (populate and other bonuses). 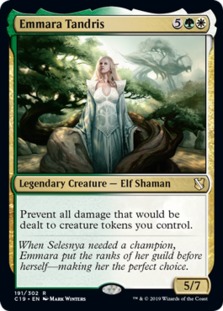 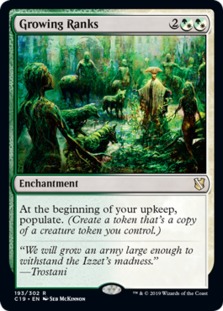 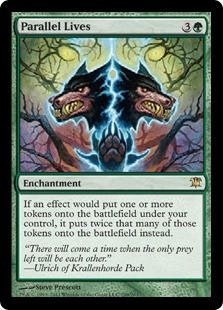 This support package will make those populate triggers happen, but it will also benefit your population, in that you’ll get extra tokens with an Anointed Procession or Parallel Lives on the board, and then if you can double up on that with Song of the Worldsoul or Growing Ranks. We also have a few anthem effects to make those 4/4’s into 5/5’s or even 6/6’s. Intangible Virtue and Angel of Invention can help beef up the tokens already on the board. 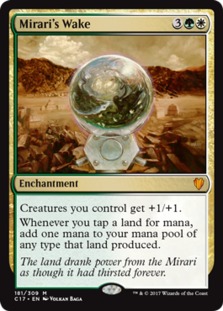 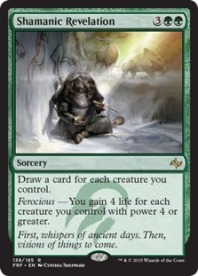 As I said earlier, we really want our new token creatures and our commander in particular to have haste. As such I’ve included Fervor, Fires of Yavimaya and Rhythm of the Wild to give this to them. If we can use our commander immediately we get a bunch of power on the board quickly, and utilizing our populate triggers this can me explosive turns. But we also need to draw cards so enchantments like Colossal Majesty, Elemental Bond, Rishkar’s Expertise and Shamanic Revelation were included. Hour of Reckoning is an on-theme board wipe, while Second Harvest can make an already big board that much larger. In order to help keep up with mana production, I’ve also included Mirari’s Wake (doubles as an anthem) and Zendikar Resurgent (doubles as card draw). They’re pretty much staples in the colors, so I expect you know them by now.

I’m positive this deck will not be overly competitive, but it looks like fun. I hope to pick it up while I’m in Vegas and get some test runs in as it stands in the precon, but this version of the deck is ones I’d aspire to upgrade to.