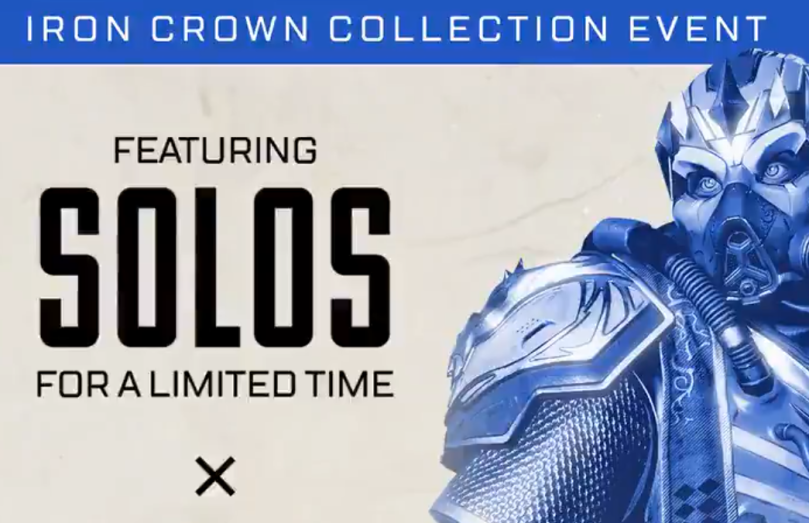 Earlier this month, Apex Legends, coming off of an uptick for me with the release of the second season and some overall changes, boasted about a new “Iron Crown” event. With it, came a number of new things to check out:

Sounds good right? A new queue (which is actually rather fun, more on this later), an updated part of the map (this sort of thing has happened before, but it keeps the map interesting) some XP boosts, and free to earn loot. A new limited time store with micro-transactions are fine, but then they went and did the whole EA thing and made these loot boxes with % chance for awesome skins and why can’t we just outright buy this shit or grind for it??? At least that seems to be the way things went. I didn’t keep up with the news much because honestly I’ve been just trying to do enough to keep my Blaugust post total on pace and otherwise it’s IRL most of the time. Whatever the case, Respawn back pedaled almost immediately, which is better than the reaction EA had back when this was going on with Battlefront 2.

So at least there was some feedback. It sucks that devs are constantly doing this sort of thing, but at the same time it shouldn’t take this sort of crack back for them to realize they should just do it the right way in the first place. But the discussion has been going on for a long time so I don’t see it changing anytime soon. Whatever the case, they have now plotted out a bit of a roadmap with things to expect, and basically promise not to lock exclusive stuff behind lock boxes. Or something to that effect.

At the start of every season, you can expect a major map update, a new Legend, new loot items (weapons, ordnances, etc.), meaty changes to the Legend and weapon meta and balance, updates to our Ranked mode, and potentially new features (like we introduced in Season 2 with Ranked mode).Every season will also feature the release of a brand-new Battle Pass.

These events will generally occur during a season and bring with them a limited-time mode, event challenges that let players earn cosmetics, and a mix of event limited and evergreen cosmetics available for direct purchase. These events may also include a town takeover or small map change, and potential extensions to Apex Legends lore. Legendary Hunt was an example of a Themed Event, with the next one coming early September focused on a certain Phase Expert.

Collection Events will also take place throughout the season and deliver a limited-time mode, event challenges where players earn cosmetics, and a set of event limited cosmetics available via Event-specific Apex Packs or direct purchase; it’s your choice. Like Themed Events, Collection Events may also feature a town takeover or small map change.

So it seems there will be reasons to check in with the game from time to time, particularly if you’re kind of over the base experience. Most MOBAs used to have these sorts of limited time events, as grinding 5v5 on the same map over and over can get tiring and having a way to break that up keeps people playing your game. Skins and things will keep a particular type of player engaged, but most are going to stay more interested in your title when they have more activities to participate in. As for me, I enjoy the base gameplay loop, but I also like having new game modes once in a while. New characters, alternate progression. Give me something to work towards.