It’s been a couple of weeks since season 3 of Apex Legends kicked off, and though I’ve been meaning to write about this for a while now, it’s probably better that I didn’t jump the gun. I’ve played quite a bit of the game as of late, mainly because last season I was gifted the battle pass by my lovely lady, so I was in a mad scramble to at least get her money’s worth. This season I wanted to get in on the action right from the start, so I bought the pass on day one and have been able to keep up with all of the challenges much easier. I also have plenty of play time in this season to share my experiences with the newest changes to the game. What were the big changes?

Initially I was curious as to what would happen with the old map that we had all gotten used to. This isn’t a traditional move by Respawn — most battle royale games keep the same map for years, only making adjustments (which the team had done on the prior map throughout the year). When I first logged in, I was anticipating having the ability to choose between the maps, but that wasn’t an option. We’re stuck with the new map for the time being, but we’ve already heard that the old map will be making appearances. In the announced Halloween event, there will be new skins and whatnot to earn, but also a “nightime version” of the old map. So perhaps at some point we might see a playlist with other maps included, but for now, we’re focused on learning the ins and outs of the new one. As you can see above, it’s roughly the same size as the last map, but everything looks a bit different. 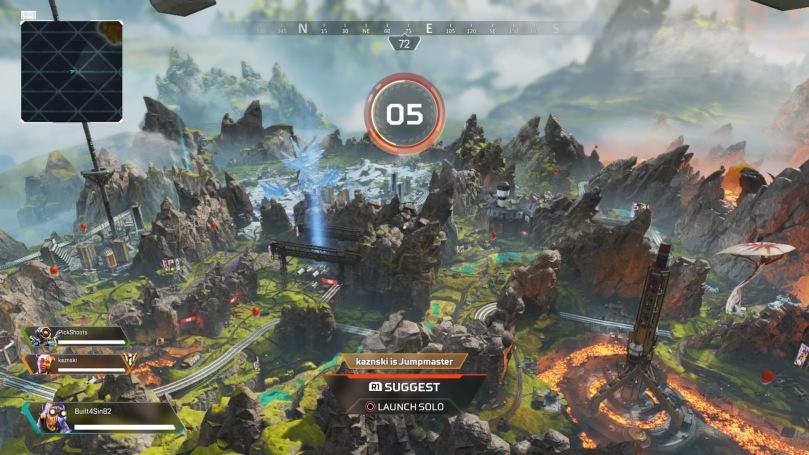 It’s a bit prettier in my eyes, mainly because I don’t really care for the bland color scheme of desert biomes. Here we instead have pops of red and white, due to lava and snow respectively. Overall it looks greener and more alive. I also like the addition of industry, with cityscapes and even a train that moves around the world. It feels better in many ways, but then I don’t like how wide-open some areas are. I’ve been picked off by snipers one too many times, I suppose. Whatever the case, it’s a well balance map and I feel like there is less competition to land in one or two places, and instead people spread out a little more. It also feels like the weapon distribution is better, as I don’t seem to come across 5 Mozambiques in one building anymore, nor do I feel undergeared before leaving the first area where I land. I suppose part of that is luck and experience, but whatever it is, it feels more balanced.

The new character, Crypto (pictured in the logo above) is a “surveillance expert,” and is another tactical legend, finally. We’ve only had Bloodhound for so long I was beginning to think they gave up on the archetype. He’s actually better at surveying than Bloodhound, but does so in a different way. He has a little drone that he can take control of, but when doing so he is vulnerable. He gives sight to teammates when his drones see enemies, and can also shoot off an EMP blast from the drone itself, which destroys some equipment and drains shields. Otherwise, he’s pretty much just another dude with a gun. I was able to unlock all of the legends prior to his release, but don’t have the currency saved for him just yet, so more on that once I try him out.

I also haven’t really used the Charge Rifle, which is the new gun added with this patch. I have however been decimated by it. It’s an energy sniper rifle that charges up shots and when they hit, they hurt! Again, I haven’t used one much (though I’ve had some stellar games with the Triple Take, the “other” energy sniper rifle) but I think it seems a little overpowered at present. I’m sure some adjustments will be made. 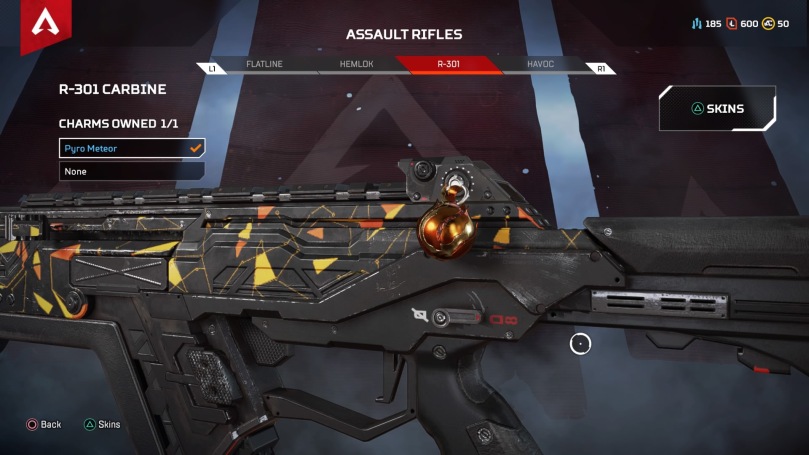 As far as cosmetics go, buying the battle pass unlocked a couple skins for legends right off the bat, and early on we unlock a “gun trinket” which is that little ornamental ball thing on my R-301 above. It’s not terrible, and some of them are okay to look at, but it seems like a wonky thing to give a shit about. I guess more customization is fine, but Apex is starting to go the way of Fortnite, and clown pants comes to mind. Some of the skins and things are pretty awesome but at some point we’re all rainbow brite running around like an idiot.

One last thing before I go. I thought I’d drop my Season 2 stats here to make comparisons when the next season starts.