The last time I played a Star Wars game that I actually enjoyed was the Battlefront reboot that came out a few years back on PS4. I played that one pretty regularly for a few months, but as most lobby shooters tend to do, it eventually lost steam and I stopped playing. It didn’t help that it was produced by Electronic Arts, who are notorious for bad DLC/RMT practices, and I didn’t end up shelling out for any of the map packs. Later, they would release a sequel and Battlefront II was pretty universally panned about said price gouging so I avoided it altogether. Beyond that, the only other Star Wars game I’ve played in the last decade was Bioware’s The Old Republic MMO, but it too was lacking and never stuck with me. I was skeptical about Jedi: Fallen Order until I started seeing videos and had friends at work telling me it was really good. Compared mostly to the Souls games, it was said to have “difficult” combat that relies on timing rather than button mashing. I’m hard pressed to actually make this comparison myself, because it is in no way anywhere near as difficult as the Souls games, but I can see why people made the commentary. I would also compare it to games like Uncharted or Tomb Raider, in that you have a lot of running around jumping and climbing on things, but it also has some psuedo RPG elements in that you gain skill points and there is a skill tree, though much of it is locked until you complete parts of the storyline to “repair your connection with the force.” 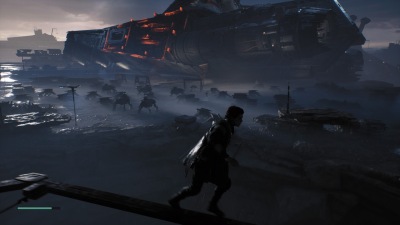 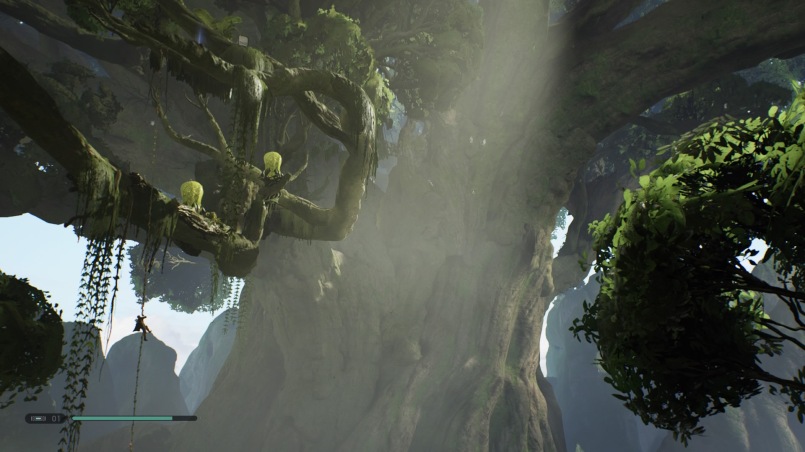 Visually this title is stunning. I’d put it right up there with the likes of Uncharted, because it has a cinematic quality that isn’t present in most console games. This is probably due to the fact that we are coming to the end of this console generation and the machines have already been pushed to their max, but I’m still impressed that this several year old hardware can make such pretty pictures. The voice acting and motion capture of real world actors is top notch as well. The red-head kid from the TV show Shameless is Cal Kestis, our main character. Forrest Whitaker makes an appearance, and the lady from Mad TV (I can’t recall her name) is one of your crew mates who has some major parts influencing the story. 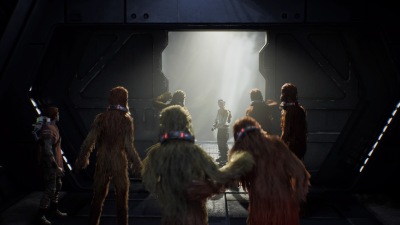 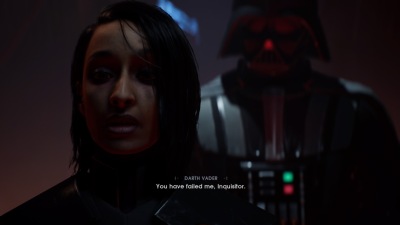 From what I can tell, this game seems to take place somewhere between Episode VI: A New Hope and Episode VII: The Force Awakens. There is talk of “the purge” where the Empire was able to basically eradicate all of the Jedi but there’s also talk of the Clone Wars and things that happened during Episodes I-III. Whatever the case, Cal has been working as a scrapper on a junk planet though you can tell there is more to the story. Eventually it is revealed that he was a Padawan receiving training from a Jedi Master but that Master was killed during the purge and he had been in hiding ever since. The Empire comes to the junk planet and he must reveal himself as a force-sensitive individual, barely escaped on a ship called the Mantis, piloted by an alien named Greez. Cere is his companion, and also your antagonist for a time, who pushes you to reconnect with the force and rebuild the Jedi order. There’s much more to it than just that, but I can’t say anything else due to spoilers. 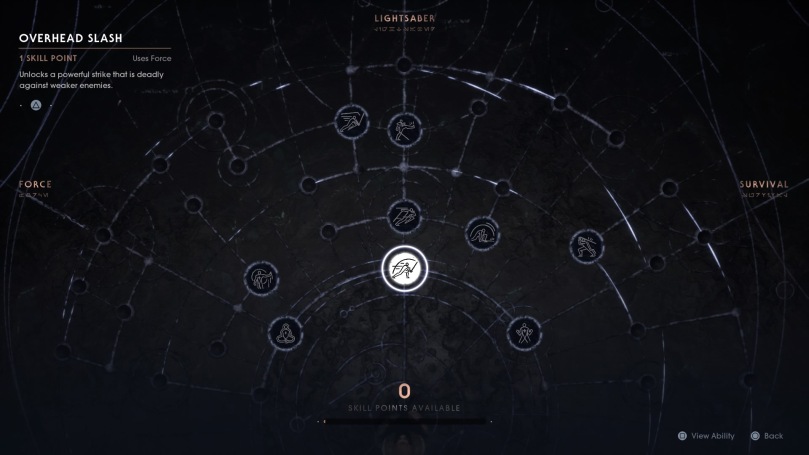 Eventually you’ll lead your rag tag team to several different planets, where you and your droid companion BD-1 will learn new skills and open up new areas as you go. In this sense there is a feel of a Metroidvania, because new areas will become accessible only after unlocking certain skills/abilities for Cal/BD-1. There are a bunch of collectibles, chests and “echos” to locate on each of the planets, and if you are the completionist type, you’ll probably want to make side trips back to these planets as you progress the story and unlock these new abilities. Eventually Cal will have a bunch of different force powers and lightsaber abilities and the combat gets really fun. Boss fights can be pretty intense, but once you get the hang of your powers everything starts to feel pretty easy. I didn’t really feel challenged throughout the game, but I didn’t play on the harder difficulties where perhaps the game would actually feel Souls-like.

Overall I thought it was a great game. Perhaps not worth the full $60 price investment unless you are a diehard fan, but I was lucky enough to get this as an early Xmas gift from my girlfriend so I wanted to play the shit out of it so she felt that she got her money’s worth. It won’t be long before it goes on sale though, so if you can get it for even $10 off I’d jump on it. It will give you a few weeks of fun.