It’s been a good long time since I pulled out a round up post (over 6 months, as a matter of fact), but given my absence for most of a month, I actually accumulated enough gaming experiences to make one. I was tempted by the holiday sales, and ended up purchasing a few games, including Rage 2, Devil May Cry V, and Risk of Rain 2. Apparently the past year was good for sequels.

Of these, I never played the original Rage but being from iD Software, I’m sure I would have enjoyed it to some extent. I heard mixed reviews over the years but never picked it up. The same goes for the sequel — I’ve read plenty of mixed reviews about it, but getting it for less than half of the original asking price meant that I could take reviews worth a grain of salt. I’ll throw $20 at the wall and see if it sticks, I have a harder time with $60. Gaming time is a luxury at this point in my life as well, so I want to make sure that I’m spending my time wisely, so I’ll drop a couple bucks here and there on some titles that seem like a “sure bet” and most of the time I end up enjoying myself. But dropping $60 on a turd is harder to swallow. Whatever the case, I have found a level of enjoyment out of Rage 2, and that’s good enough for me. On the surface, it’s just Borderlands with a different graphical engine. There’s still the psuedo RPG elements of gaining skills and different gear, but then there’s vehicles and a semi-open world to explore. I say semi because despite having large swaths of landscape to roam around, there really are only so many points of interest and most of them aren’t all that fleshed out. Think of the minutemen settlements in Fallout 4. Sure, you could babysit them all and rescue as many as possible, but in the end it ends up being the same gameplay loop and eventually you’ll get board. There are a ton of places you can find on the map, but in effect most will just reward you with some XP and coin for clearing them out. It also seems that enemies end up respawning so stuff is never really “cleared.” At the end of the day it’s a solid shooter, and it does have some cool things going for it, but it’s also nothing stellar. For me it kind of feels like the latest Wolfenstein, in which they took a likeable engine and then forced it into this co-op mission based looter-shooter that it never really should have been. That’s not saying Rage 2 suffers in the same way Wolfenstein: Youngblood does, but it also doesn’t set itself far enough apart from other games in the genre to really shine. 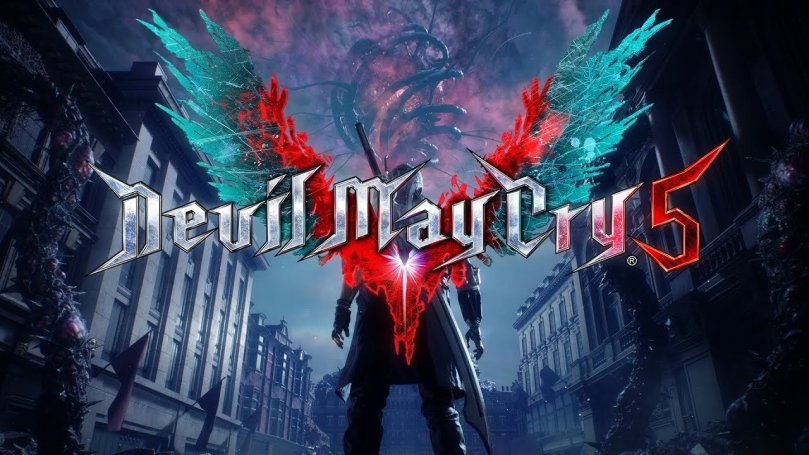 I do have a prior relationship with the Devil May Cry series. I played the first two thoroughly, but didn’t play the third or fourth installments. I also completed the sort-of-reboot, DMC: Devil May Cry on the PS3, and it was good but didn’t really fit into the ongoing story. Devil May Cry V apparently picks up on this story, and also treats you to a little catch up movie right at the beginning so you sort of know what’s going on. This was appreciated for someone like me who missed some of the games and would have no idea what was going on. You start off playing as Nero, who is clearly not Dante. He has a similar weapon set up, and you do see Dante getting fucked up in a cutscene. Apparently at other points in the game you’ll be able to play as Dante along with another character who has been introduced, V. So far the game is what I would expect from the series, though I don’t remember all of the complicated button presses to get shit done in the earliest games. Things have progressed though, so I suppose this had to happen. From my first impressions, I think the game looks great, it runs smoothly, the action and combat is fun albeit a little taxing at times. I can’t really comment on the story as I’ve only played the first couple of missions, but having finished off the last game I was steadily working on, I think that I’ll be able to get this one done in the near future. Fans of the series will appreciate the graphical upgrades and the fact that it still feels true to its roots. New players might be turned off by some of the complexities but it’s really not that difficult to get going. No one says you have to be a combo master straight out of the gate.

I also played the original Risk of Rain. I believe I wrote about it here on the blog, but I can’t be assed to look. Whatever the case, the game has made the jump from 2-D side scrolling pixel art, to low-res polygonal 3-D from a third person perspective. Otherwise, it is very much the original game. You start a round on a planet, and you’ll run around shooting the flora and fauna, picking up items and coins as you go. Some crates and shrines will require payment to unlock or gain bonuses. Eventually a boss will spawn and you’ll have to defeat it to move onto the next world. Being a Rogue-Like, certain bits carry on to the next run, but overall you’ll be doing the same things over and over again for a while until you unlock new characters and whatnot. Apparently this one is multiplayer, which is cool but I don’t know anyone with the game so I haven’t tried that out. I assume that would be much more fun, as Rogue-Likes end up getting boring after a time. If you like this style of game you might give it a whirl, but if you aren’t into the genre I’d probably skip this one. 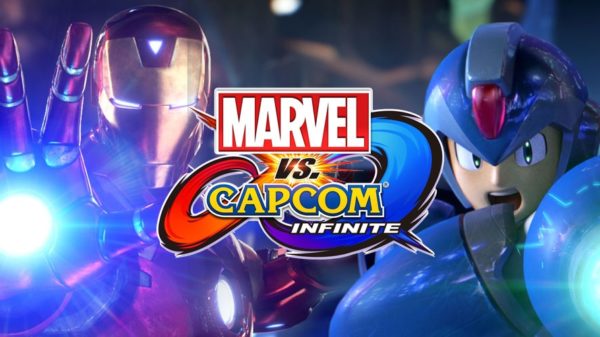 Yet another game series I’ve had a long term relationship with. I have played every iteration of Marvel vs. Capcom, though the one I spent the most time with was number two, in which I played on the PS2 originally, and then again when it was re-released on the PS3. Also on PS3 was the third iteration, but that too was re-released on PS4 as Ultimate Marvel vs. Capcom 3, and I played both versions a bit. Finally, the jump from sprite based to polygon graphics was made for the series, similar to when Street Fighter made the switch with Street Fighter IV. Otherwise, it’s the same sort of game, but I have to say that the story mode was a fantastic romp! There were probably too many cut scenes, but the storyline was interesting, you got to play as most of the characters in the game, and it familiarized you with the controls and systems. The variety of characters is pretty good, but apparently there are other DLC options, which is typical of Capcom fighting games. I don’t think I’ll invest anymore money into it, but I did enjoy what I played and I look forward to the next gathering when I can challenge some friends to battles. I also intend to jump online to play some random opponents but I have no idea if the game has a population online still. I would assume, but you never know. It’s not exactly a new game so I suppose I’ll find out. If you love fighting games, this one is a blast but it’s obviously a personal taste sort of thing. You might like Mortal Kombat better. You might also be wrong.

Released for free for Playstation Plus users last month, Titanfall 2 is a title I already owned, but this gave my friend an opportunity to pick up a copy of the game for free, and the population was bolstered with an influx of new players. We haven’t played it as religiously as some of the other games we’ve played together in the past, but it has been a fun diversion from other things we’ve been spending time on. Like its predecessor, Titanfall 2 boasts a ton of multiplayer modes in which you play as pilots. As you fight you’ll charge up your Titan which you can eventually call down to pilot against the enemy. Where this game differs from the original is in the fact that there is actually a single player campaign and its rather good. I’ve blown through a few chapters but have spent more time with the multiplayer recently. If you’ve played the original I’m happy to report that the gameplay is just as good as you remember. If you enjoy Call of Duty or other competitive shooters, this one is probably better. It’s from Respawn too, so if you like Apex Legends, you’ll see a ton of what made its way into that game with abilities and weapons. Honestly, it’s a great game and getting it for free is worth the download. Sometimes you just gotta jump in your mech and blow shit up, man!

So there you have it. Several games I’ve dipped my toes into as of late. Hoping to finish some of these up soon so I can share some individualized proper thoughts.

One thought on “State of the Game: What Have I Been Up To?”